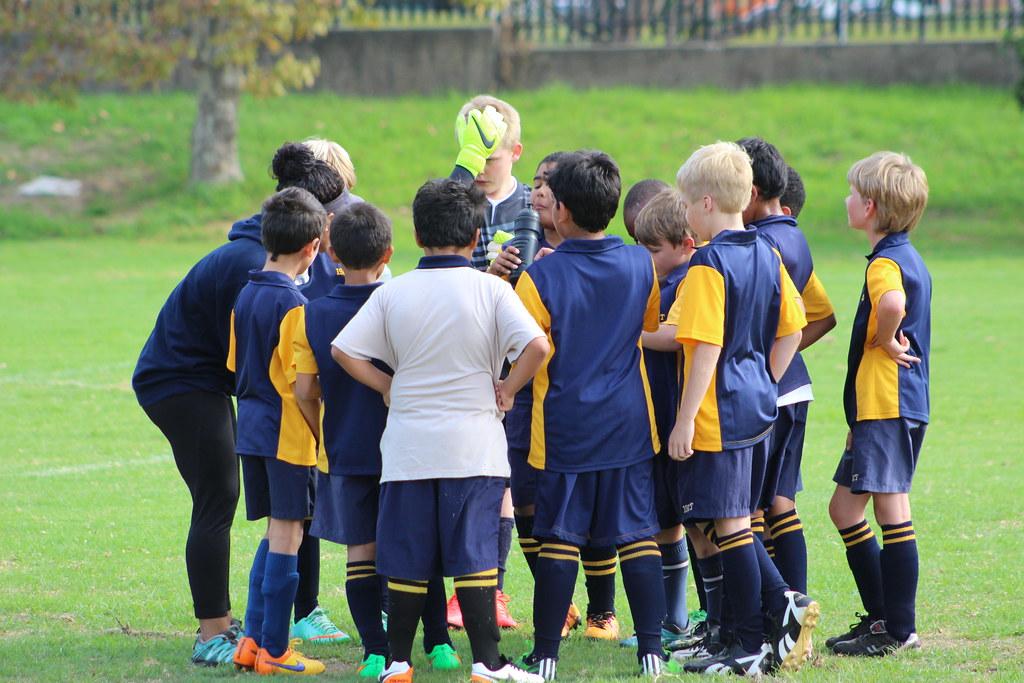 The right words in the right ears at the right time can make a huge difference to a football match. Motivation and psychology are crucial factors in the success of football teams, but how do you leverage them to your advantage?

An effective team talk — whether it’s before a match or during half-time — is often the difference between success and failure. While planning your team talks in advance is important, reacting to changing situations is crucial.

Plan in advance, be ready to react and gather together the right football equipment to maximise the efficacy of your football team talks. And if you need a few tips, keep reading!

Be Mindful of Your Environment

As a coach, you need to read both the room and the situation. What’s the mood like among the players. Are they pumped up and determined to put in a performance? Is there a feeling of fear circulating around the dressing room? Or have the players already written themselves off? Knowing the players’ state of mind is a crucial part of delivering a great football team talk.

If your players are already fired up, there’s no need for the hairdryer treatment. But if you sense fear or intimidation, an emotional pep talk may be necessary. Speak to the players individually before each team and as a group an hour or so before kick-off. There may be times when one-to-one conversations are required. But if there’s a general feeling in the dressing room, or if you want to instil a spirit of togetherness, a rousing team talk is probably the way to go.

Most players respond positively to routines and consistency. Develop your own pre-match routine as a coach. Yes, there will be times when you need to take different approaches, but try to stick to the ‘script’ as much as you can.

What’s gone is gone, particularly when it comes to pre-match team talks. Accentuate the positive about the last few outings — regardless of the results. Talk about the opposition’s weakness, too. If you exude confidence, this will spread around the dressing room.

Half-time team talks are slightly different. There will be times when you need to squeeze more from your players. If the issue is a lack of effort, Alex Ferguson’s hairdryer might well be the best option. Just make sure that you’re consistent throughout the season. The players should know what to expect to a point. Sometimes, however, your lack of a team talk might send exactly the right message.

The worst thing you can do is to adopt a relaxed communication style during training sessions only to switch to a more aggressive, direct style before a match.

Get Your Timing Right

Timing is crucial when you’re giving a team talk that will resonate with everyone. Wait until everyone is settled and ready to listen before starting. Before a match, allow your players to get their kit on. During half-time, wait until the players have recomposed themselves after the first half.

If you’re outside and in earshot of parents, it might be a good idea to raise your voice when you’re praising positive behaviours. This can inspire youngsters and persuade more boisterous parents to modify their negative behaviours.

Use the Right Tools for Football Team Talks

You probably only have a couple of minutes to get your message across to your players. Anything that helps you communicate should be embraced – including visual aids and coaching equipment. Make notes in a football coach’s notepad. A match planner allows you to remember your tactics when it’s time to discuss them.

For pitchside team huddles, use a coach’s clipboard to communicate instructions and tactics. Some have magnetic markers you can use to represent players on the pitch. For dressing room team talks, a magnetic whiteboard is great for relaying messages and making them stick. Not only can you use markers to communicate formations, but you can also make notes with water-based pens.

Work on Your Communication Style

All great managers have their own style of delivering football team talks. Over time, you’ll develop your own style. But it’s important to grab your players’ attention and make sure your messages and words of inspiration hit home. Here are a few tips to ensure this happens:

Nail your team talks, and you could find those extra few points or goals that are often the difference between success and failure.