Is the FA's Respect Campaign Working? 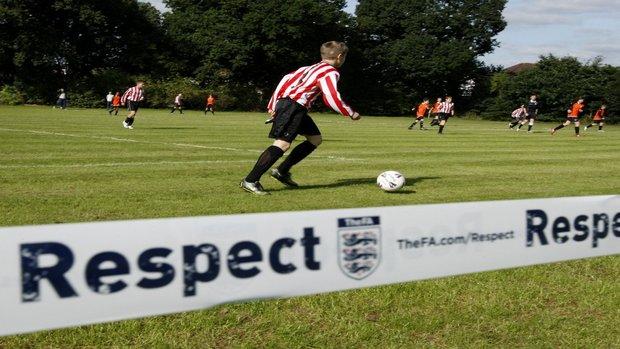 Following years’ of criticism about its lack of action, the Football Association finally launched their Respect campaign in 2008. At the time, many people within the game thought it was little more than a gimmick – designed to appease those who accused the FA of neglecting the health of the grassroots game. At a time when assaults on referees were at an all-time high, the initiative was designed to modify behaviour at every level, thus increasing participation and the number of qualified referees. Six years on, how has the Respect campaign changed the game? And what does the future hold for one of the FA’s most comprehensive strategies for grassroots football?

Ask a coach or a parent what the Respect campaign is, and they’ll probably struggle to tell you within a few sentences. That is because it is an initiative aimed at modifying behaviours – it is an ethos. Our young players deserve a footballing environment in which they are free to express themselves on the pitch, develop their skills and enjoy the beautiful game. If everyone involved in local football can move forward with this same goal, the FA hopes that standards, participation and enjoyment will increase commensurately.

Local clubs, coaches, players and spectators can now utilise a range of tools and materials designed to promote better behaviour during matches. Posters, leaflets, codes of conduct and training packs can all be obtained from the FA’s official website. Used correctly, these materials can help the people responsible for running grassroots football to gradually modify the behaviour of players and spectators. Instead of concentrating on punishment, they try to develop empathy of what abused players and officials go through during a match.

A great deal of time, planning and resources went into the 2008 launch of the FA’s Respect campaign, and several players and celebrities were hired to give the initiative an instant credibility. The FA had allowed behaviour amongst spectators and officials to deteriorate for far too long – a mistake that led to 7,000 kids and 5,000 referees leaving the game for good in 2007. But without a specified list of penalties and punishments, it is difficult to see how the Respect campaign will ever completely transform the grassroots game.

Is the Respect Campaign Having the Desired Effect?

With fewer assaults, less swearing and a more welcoming, friendly playing environment, it was hoped that the initiative would lead to an immediate increase in the number of young players registering with leagues, as well as the number of officials gaining FA accreditation. However, the results have been somewhat mixed. During the first two years of the scheme, assaults on officials in England actually rose. But it wasn’t all bad news, as by the end of 2011, there had been a five percent increase in the number of qualified referees in England’s local leagues. And according to Dermot Collins of the Respect campaign, the number of assaults and instances of touchline abuse is now falling.

Whether the campaign is having a long-lasting effect on grassroots football is a moot point, but there is no doubt that the FA is serious about expanding the initiative. A scheme encouraging local clubs to erect football pitch barriers is gaining traction, and a number of community–based coaching programmes are gradually spreading the message about improving playing environments up and down the country. The FA has also recently launched the ‘Use Your Head’ campaign, which is aimed at educating fans about the benefits of behaving appropriately at matches.

Of course, enticing more referees into the game is essential, but there is a bigger picture to be aware of here. If kids are too afraid to take to the field because of pushy parents and abuse from the touchline, they may simply quit the game – something that is happening far too often. If England and the FA are to have a national team that can compete for a World Cup in the 21st century, this alarming trend will have to be reversed. It is hoped that the Respect campaign will help the FA to do just that.

Regardless of how much money the FA pumps into Respect, and how many local leagues and clubs adopt its principles, abuse and violence at grassroots level will continue to be a problem until the elite players, managers and coaches abide by the same ethos. When our kids see angry players hurling abuse and tirades of swear words at referees, is it any wonder they do the same? And is it a surprise that parents become so emotionally charged on the touchlines. If the FA implements tougher sanctions for players who exhibit these behaviours, maybe everyone will follow suit.