How to be a Supportive Parent of a Young Footballer 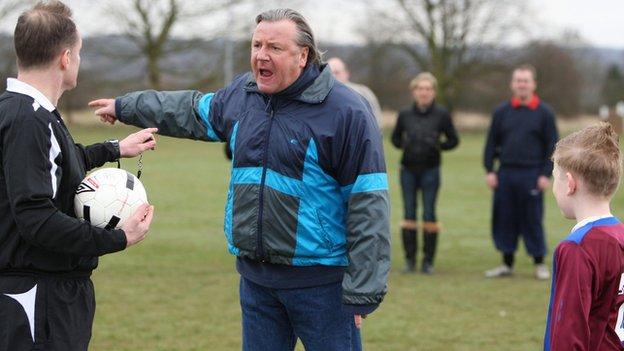 It has been mooted amongst those in the professional game that bad behaviour amongst parents may be one of the reasons for the lack of talent coming through the ranks in English football. Gary Lineker recently called for a ‘parental cultural revolution’ after declaring that he was fed up with maniacal parents shouting ill-advised advice and abuse from the touchlines of local youth matches. Rather than being a hindrance to a young footballer’s fledgling career, however, parents can provide a positive influence.

The Guardian recently published a damning exposé on aggressive behaviour from parents in local Sunday league fixtures – and it makes for depressing reading. At one game in South London, a particularly vociferous parent was seen waving his arms in frustration and shouting coaching tips from the touchline. This wasn’t the coach, however; it was the linesman! Unfortunately, this is part and parcel of the grassroots game in many areas of the UK, and it must be addressed if our youngsters are to drive the home nations on to international success in the future.

The FA’s Respect initiative was launched in 2008 with some high –profile celebrities behind it. Whilst there have been some undoubted successes since then, the initiative’s limited impact was demonstrated recently when the FA revealed that there were 4,000 cases of adult misconduct at youth football matches in 2013. This misconduct ranged from unsolicited coaching advice to outright abusive and threatening behaviour. There were also several allegations of assault made. It is clear that parents can enhance a young player’s development, but only if they play a constructive, supportive role that shows respect to coaches, players and parents.

Former Arsenal midfielder Patrick Vieira is now the elite development squad coach at Manchester City, and he recently criticised the English approach to youth football. Vieira is a strong advocate of mastering the game before too much emphasis is placed on winning. Whilst the development of a winning attitude is essential in the modern game, it should not be a priority at under-14 level. There is far less importance placed on winning on the continent at this age; instead, young players are encouraged to use competitive action as a vehicle for improving their skills. A parent that can instil this ethos of mastering the game - over winning at all costs - will liberate their child, and create an environment that is conducive to making errors and learning from them.

Research commissioned by the FA recently revealed that children who were encouraged to win at all costs by coaches and parents were less motivated and willing to improve than those who were simply allowed to develop their skills and experience. Similarly, overly competitive environments at too young an age can create divisions amongst teammates, and this can be detrimental to player development. Parents should encourage their children to cherish friendships and teamwork, as it creates happier, welcoming playing and training environments that are more conducive to learning.

Diet and lifestyle are critical factors in a young child’s footballing development. If young players are eating the wrong foods, not getting enough sleep and making bad lifestyle choices, they simply can’t be expected to develop at the same rate as children who follow a healthy regimen of exercise and nutrition. No one is better placed to promote the benefits of healthy living to children than parents.

If a child has aspirations to become a professional footballer, a healthy lifestyle must be adhered to throughout their developmental years. Eating a healthy, well balanced diet is just part of a healthy lifestyle, however. Children must be warned off alcohol, cigarettes and drugs from the outset. It’s also important to maintain a healthy life balance. Whilst football may be the most important thing in a young child’s life, it should never be the only thing. If children aren’t eager to get to training, and enjoy it whilst there, how can they be expected to fulfil their potential?

Young children are very impressionable, and they often replicate the attitudes and behaviours of their parents. If this behaviour involves confrontation, a lack of respect for coaches and an aggressive attitude, there is a very real risk of a child developing those same traits. Although some parents may vehemently disagree with what coaches say, it’s important to keep criticism and feedback private – and to discuss contentious issues in the right way, and in the right setting. Discipline and respect are essential if coaches are to be allowed to do their job effectively, and that means parents must conduct themselves with integrity and respect for those in authority.

The path to becoming a professional footballer is a complex one – filled with disappointment, heartache, joy and discovery. This emotional rollercoaster would be difficult enough for an adult to deal with, so children must be given guidance and support at every opportunity. By managing expectations, providing guidance on lifestyle issues and teaching the values of respect and discipline, parents can give their kids the best chance possible of a long-term future in the professional game.