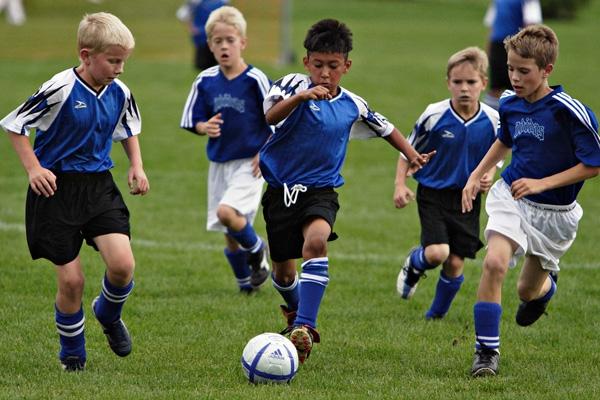 As Brazil’s World Cup looms large, an expectant nation once again dreams of glory. However, deep down in their downtrodden hearts, fans of the England team know that they don’t have a realistic chance of achieving glory this time around. In fact, the state of the national game doesn’t bode well for at least the next three World Cups. FA chairman Greg Dyke and his 11 merry men make up a commission intended to improve the fortunes of English football on the international stage, but will it make any difference?

Judging by the first few weeks of its existence, it seems that Dyke’s commission is doomed to failure. Before a policy had so much as been imagined, controversy threatened to derail the process before it had begun. His original choice of 9 senior figures from the footballing fraternity were all white, and not representative of the game they were purporting to support.

Among the chosen 9 were Dyke himself, Greg Clarke of the Football League and Roger Burden – Dyke’s number 2. Although these people are involved in the administration of football, they have not experienced the daily grind of training and youth development at the grassroots level, so many critics of the commission branded the original line-up as out of touch.

Dyke vehemently defended his newly formed commission, however, and he pointed to the vast experience of Glen Hoddle, Howard Wilkinson, Dario Gradi and Ritchie Humphreys as the people with the day-to-day knowledge of the game. That may be true, but all four plied their trade during a different era. The whole point of this commission was to tackle the growing trend of foreign players in today’s game and the subsequent decline of the English national team. Surely the commission needed more current and relevant experience? Dyke responded by adding Roy Hodgson and Rio Ferdinand to the line-up, but the likes of Gary Lineker and Lee Dixon still questioned the relevance of the commission – calling it ‘pointless’.

So, this has not been an auspicious start to the bright new dawn of English football. And since the original furore about the make-up of the commission, it’s been radio silence for much of the time. Questions still surround what these 12 men can achieve. It is pure folly to ignore the part business plays in football, so why isn’t there a current Premier League chairman on the commission? And surely the input of a top young player – such as Ross Barkley or Adam Lallana – would be invaluable to the process. Both players have graduated with distinction through their respective youth systems, and they are a fine example of what this commission is trying to achieve. Their input and their experience are critical, and their inclusion would add some much-needed credence to the process.

According to Harry Redknapp, the reason for the demise of the England team is not the youth structure currently in place, or the influx of foreigners. It is down to a change of culture in Britain. Kids no longer play football from dusk until dawn in the streets; they are too busy on their Playstations. Parents are reticent about letting their children play outside whilst unsupervised, so kids aren’t learning ball control and technique at a young age. Unless the commission can get youngsters playing with jumpers for goalposts again, it is hard to decipher what it is they can actually do.

The possibility of quotas on English players has been mooted, but that is a clear contravention of EU law.  The commission can’t force Premier League clubs to adopt any of its suggestions, and any attempt to improve the game surely needs England’s top league on board. However, Rob Draper of the Daily Mail believes there are some steps that can be taken in order to raise standards. They include:

However, none of these measures, or the measures mooted by members of Dyke’s commission, get to the root cause of the issue. Grassroots football is literally rotting. Pitches are threadbare and local football facilities are fast becoming health hazards. It seems that instead of raising the standards of England’s young players, most of the ideas coming from senior figures in the game are aimed at penalising foreign players – and that surely isn’t right.

Creating a barrier of protection that almost guarantees certain English players will be picked will not drive standards up – it will have the opposite effect. England’s young players should look at the foreigners coming into the Premier League, and they should aspire to be every bit as good. Unless English players are being picked purely on merit, standards will not improve. English players will simply hear the message that being English is good enough to get them on the team-sheet.

Kids need to be picked up at the age of six and given the platform to work on their technique - long before they ever compete in a structured environment. If they’re not playing on the streets anymore, Dyke’s commission needs to suggest investment in more grassroots facilities and coaches. This is a global game, and we play it on the global stage. Some in the game quite rightly want England to excel in World Cup Finals, but they seem determined to limit the number of gifted international players playing in England – that doesn’t make sense. Lowering the standards of The Premier League will not raise the standards of young English players.

The goal here is a simple one: England needs to start producing players every bit as good as those coming from Spain and Brazil. And until that happens, fans of the English national team should resign themselves to supporting a team in the second or third tier of the international game.