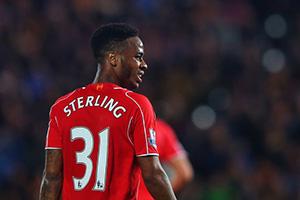 A three month break can seem like a long time to wait between the glories of the previous season and the hopes and aspirations of the new one.

July brings the opening of the transfer window - an exciting time for all fans, more so when the big names are thrown around amongst the questions on every discerned footie fans lips, who's staying? Who's going? and how much for? Alongside the bigger clubs, the newly promoted teams get to spend their well earned dosh backing more experienced and better skilled players to keep their team up in the premier league ranks.

Over the years there has been many iconic headline transfers such as Ronaldo leaving Manchester United for Real Madrid in 2009 at a record price-tag of £80 million. Sanchez left Barcelona for Arsenal in 2014 for around £32 million and Suarez left Liverpool for Barcelona in 2014 at the cost of a cool £75 million.

The upcoming season will be no different with Liverpool already dominating the headlines with speculation on whether Sterling will stay or go?

Pre season training is normally a 6 week program which is completed before the season starts to push the players and team into shape. It allows new signings to learn the way their new team works together and see how best they fit in. The managers and coaches like to try new formations so they can improve on what may have weakened their reputation in the previous season.

A lot of the larger clubs will do their pre-season training in the form of a tour in another country, where they will also play matches against other teams to try out new tactics.

This week beckons the first week of pre-season training, which normally consists of a long warm up and then a number of drills before the all important cool down recovery.

To pull the newbies up to scratch, the manager will try out new team structures to find their best fit amongst the old timers.

As the pre-season training weeks progress, there will be use of equipment which will help in making the training sessions more challenging, interesting and also improve the player's fitness, stamina, agility and frame of mind.

Using equipment such as the Speed and Agility Ladders would be used within small groups, where the players can improve their speed, stamina and focus to prepare for a real match. It is a popular piece of equipment,  easy to set up and usable inside and outside.

Equipment like our Passing Arcs could also be used as part of the same training session helping with concentration, passing accuracy and control of the ball. These can be used in pairs and small groups.