Agility – the most misunderstood fitness component? 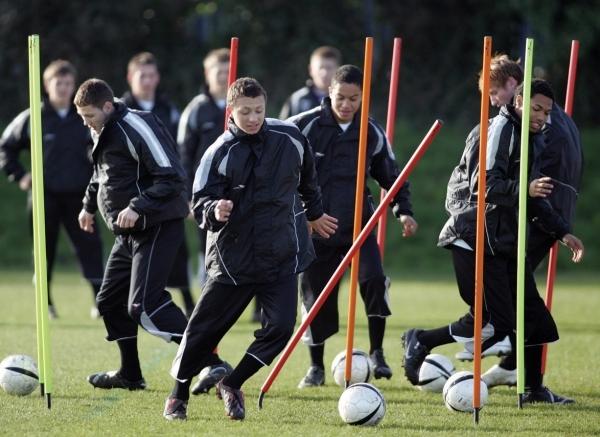 Dr Andy Allford from Kings College London and former Speed and Agility coach for GB Badminton has written us an article on agility.  Andy has also worked with MK Dons FC in the past.

Search for ‘Agility Training’ in google and you may be surprised what the search engine throws up! It won’t surprise me that the most popular hits relate to with dog training! Having browsed a few of the sites and seeing many a dog weave its way through an assault course I was disappointed when I found that  many of the human agility sites had pretty much the same thing! Although often looking extravagant and ‘agility like’ the drills are patterned movements and that’s simply not agility.

Perhaps the problem with agility is that it isn’t the purest of fitness components and isn’t easily measured but perhaps it’s the closest fitness component to actual performance in Open skilled sports?

Okay so what is Agility?  The best definition of agility I have come across is:

“A rapid whole body movement with change of velocity or direction in response to a stimulus” Shepherd and Young 2006.

The key aspect of this definition is ‘the response to a stimulus’ part which relates to the cognitive element of agility rather than the pure physical aspect of this type of training.  To me this made perfect sense and started to explain how some of the less physically gifted athletes were able to compete as they simply reacted to stimulus much better than their physically superior counterparts (think of the ‘old pro’ being in the right place at the right time).

If you drill down further there are actually 3 very simple stages that need to happen until a movement outcome takes place.

With this staged process there in fact 3 staged in which things can go wrong:

Input – You could simply not see, hear or feel the right thing.  There are 2 things to consider here, firstly are your senses up to the job, for instant are your eyes capable of taking in the right information – have you had your vision checked? Secondly, you are focussed on the wrong part of the picture (or Game) and therefore missing the relevant cues.  Over the years this has been a growing area of research and training with a number of Vision specialists working with Elite level sport to understand how we can train the eyes better in relation to sports performance. An example here would be a player misjudging the flight of a ball

Cognitive – After you receive the information from your senses it goes into the brain for processing. At this point if you have seen the right information your ability to make the right decision is the aspect that can go wrong. Experience or rather how well you learn from experience plays it role here so you recognise patterns in play or movement cues from an opponent and respond accordingly.  An Example here being a player wrong footed by an attacker

Action – If you have survived the first 2 processes and so therefore have seen the right input, reacted to it in the right way the last part of the process is to move. Therefore if your movement mechanics aren’t up to scratch you will fail with your agility movement. An example here being a forward winning a foot race to the ball.

Okay, so how do we train it?

The key here is identifying what part of the process actually needs training. In my experience athletes who read the game very well tend to be poorer athletes who may benefit from more physical training. Those athletes who have speed tend to need more ‘brain’ training as their physical abilities often get the out of trouble for not reading the game well enough.

Turning your drills into practices where decision making needs to take place is a great way to intertwine the agility elements. In sports where you have to react to opposition simple mirroring drills are good sources of the right kind of stimulus. I often vary the drill every rep to create a random practice approach to ensure you get cognitive engagement similar to a game e.g. reacting to the same way as your opposition vs reacting in the opposite direction.

Another tool I use which helps with the first stage of the process is the Crazy Catch. This is a rebound net where a ball is thrown against it and reacts in a random way ensuring good eye tracking. The Crazy Catch can also be used in developing movement as well by playing a similar game to squash where you are having to detect the input of the ball and opponent, as well as having to involve tactics and movement. 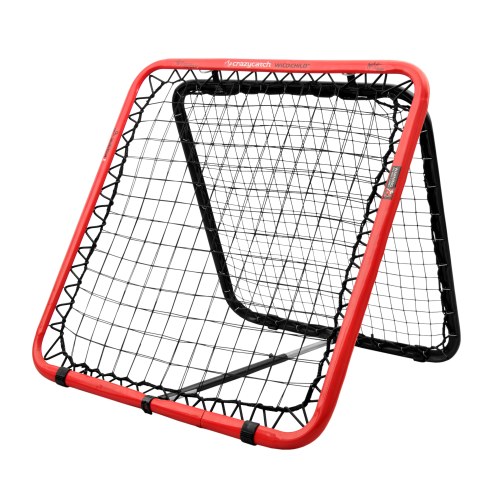 Agility can be a hard training concept to get your head around but the results if you can get it right are intangible! Good Luck!