What Makes a Truly Great Footballer? 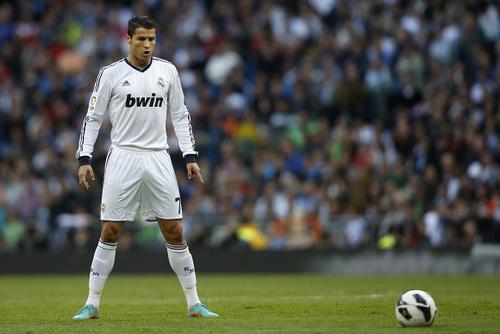 While there are many very good footballers currently plying their trade around the world, only a handful can be considered as truly ‘great’. These are the players who - week in, week out - deliver consistent, game-changing performances that win matches and tournaments almost single-handedly.

But what makes a footballer great? Is it a natural aptitude for the game? Is it dedication to the sport? Is it physical strength? The simple truth is that being a great footballer at the very highest level requires a selection of attributes that must all come together during every training session and match. Great footballers don’t simply have good games; they have great seasons. So what separates the likes of Cristiano Ronaldo, Lionel Messi and Thomas Müller from the thousands of very good players in the world?

Without technical ability, a footballer can never hope to be considered ‘great’ - regardless of their dedication and effort. The ability to receive a pass, control it and make the right decisions in the heat of match action should never be underestimated. The ability to beat a man with control and vision is something that can be developed over time, but most coaches believe that it’s a ‘god given’ talent that only a chosen few are fortunate enough to be born with.

Of course, you will often see video clips of youngsters with incredible ball juggling abilities - but these skills don’t necessarily mean a player can replicate them when under pressure from opposition players. The players who perfect their technique invariably started their football journey at a very young age, and were able to practice repeatedly over at least 20 years.

An innate understanding of the game

Knowing the rules of football and having a decent level of technical ability are important attributes to have for any player, but they count for little without an innate understanding of the nuances and intricacies of the game. Every time a player receives the ball, he or she usually has several options, and the same applies without possession.

The greatest players can preempt how a passage of play will play out, and how their own actions will affect what happens next. The ability to spot the right pass, know when to keep possession or when to take a shot is something that can be improved on, but not without an in-depth knowledge of the game. The best players never complete their learning in this respect; they are always watching matches and picking up tips from their peers in order to develop this area of their game.

The pace of football has increased substantially over the last three decades, which is why the greatest players in the world usually need to have lightening pace. Whether they are defenders, playmakers or natural goalscorers, the world’s greatest players can draw upon their pace in order to gain advantages and get themselves out of difficult situations. Both Lionel Messi and Cristiano Ronaldo have managed to combine explosive pace with mind-boggling technique - which is why they are widely considered as the world’s two greatest players.

A commitment to learning

There is a common misconception among some people in football that a player’s development ends in their early 20s, but this is not the case - and the greatest footballers in the world know it. There is always room for improvement, which is why you might often see the likes of Ronaldo or Rooney practising their technique in their spare time. That hunger for personal growth and improvement is often what separates the good professional from the world class superstar.

The ability to dictate a football match

Through a combination of attitude, preparation and exceptional ability, the very best players in the world can change the course of a match on their own. They train hard through the week, look after themselves and understand their role as part of a team. They also have the ability to make the players around them better. These  are the players whose absence can often lead to a complete change in approach by coaches and managers.

The word ‘great’ is used to label lots of professional footballers these days, but in truth there are probably around 20 players in the world who can claim to be in the ‘great’ bracket. It is clear that the journey to ‘greatness’ begins from pre-school age. Natural ability, dedication, hard work and sacrifice are all required along the way - which is perhaps why there are only a handful of true greats in the game today.