What Are the Main Attributes Needed to Become a Professional Footballer? 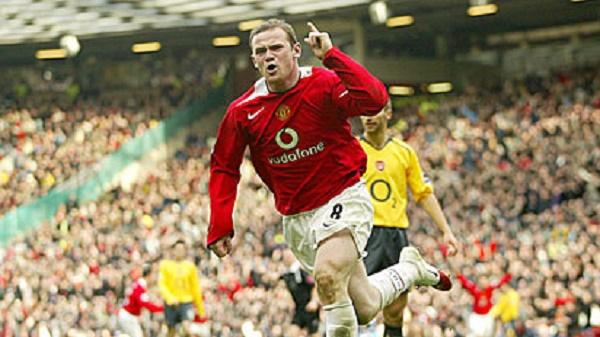 The dream of becoming a professional footballer is one that hundreds of thousands of children aspire to achieve. And while hard work and determination will go a long way to making those dreams come true, the simple truth is that the vast majority of youngsters will fall short of what is required. Just one percent of children who play the game regularly from a young age will earn a living from the game, and just a fraction of that one percent will grace the Premier League and represent their country.

The modern game is changing all the time. Players have to be faster, stronger and more professional than ever before, which is why all children should know which attributes are required for a successful career.

While there is no doubt that genetics play a large part in how strong and quick a footballer is, both speed and physical strength can be worked on with regular training and coaching. Football has never been so competitive, which means both upper and lower body strength are essential. General cardiovascular fitness is a prerequisite to becoming a professional footballer, but it’s important to remember that this fitness can be acquired simply by playing and training regularly.

Speed, strength, acceleration, agility and sheer power are all very important in the modern game, but they will develop naturally during the early years of a player’s development. Much more important at a young age is the development of technical skills. Fine-tuning fitness, improving speed and building on core-body strength comes at a much later age – usually after 15. Of course, to what degree physical attributes are important depends on the player’s position. Strength, height and power are essential for centre-backs, while pace and agility are far more important attributes for creative midfielders and wingers.

Whereas power, strength and speed can often be improved on during the latter stages of a player’s development, it is clear that technical skills must be worked on at a very early age. All modern professional footballers must possess sound passing skills – wherever they play on the pitch. Touch is also a vital skill to players in all positions; unfortunately, this has been an area in which English players have lagged behind their European and South American counterparts in recent years. Touch involves bringing the ball under control effortlessly, weighting passes correctly and generally being comfortable when in possession of a football.

Another criticism levelled at young English players in recent years has been that they lack the ability to use both feet effectively. Being able to pass, shoot and dribble with both feet allows a player to perform in all areas of the pitch, and in a myriad of situations. Another skill that all professional players need is the ability to turn with the ball. Whether a player is playing out of defence or trying to find space for a shot in the penalty area, the ability to turn quickly and sharply whilst keeping the ball fully under control is of paramount importance.

Depending on what position a footballer plays in, a specialised skill-set will be required. For instance, the archetypal target man playing up front will need great heading skills, touch and vision (the ability to pre-empt the play and make the right decision). A defender, however, will need great tackling skills, aerial skills and the ability to emerge from tight and pressurised situations in possession of the football.

Technical ability can be taught, and it can be vastly improved upon with constant practice. However, these skills are perfected at a very young age, and improving as an adult is notoriously difficult. That said, players such as David Beckham and Zinedine Zidane were well known for constantly practising their touch and control – sometimes after their teammates had hit the showers. And while technique is something that can be developed, some players are simply born with ability.

Tactical awareness is more important now than it ever has been. The modern professional footballer must have a natural aptitude for marking, team tactics, making space, counter-attacking and a great many more tactical skills. Knowing when to make a pass and when to stay in possession is often what separates good club players from the professionals, and although this is something that can be developed over time, it is often an attribute that players either have or don’t have. Of course, the very best professionals are tactically aware in all areas of the pitch. As the game is now intrinsically tactical, footballers lacking in this attribute will find it very difficult to make it into the professional game in any position.

The top players are not only gifted; they possess mental strength and determination that sets them apart from the tens of thousands of gifted players that never make it as a professional. The ability to concentrate is vital, as the tactical side of the game is so dominant in the modern era. What is also important, and not something that can be easily taught – is the ability to perform under pressure. While excelling on the training pitch is a great way to improve, it counts for nothing if the player can’t replicate that level of performance in a match situation.

Intuition, decision-making and creativity are all important psychological factors for professionals. However, attitude is equally as import if players are going to defy the odds and make a living from football. Determination, single-mindedness and an element of aggression are also required of the modern-day footballer, as well as sound communications skills.

Thousands of young footballers are given a youth contract by a professional club every year, only to fail to make the grade because of their lifestyle. Being a professional footballer requires a huge amount of dedication, and invariably that means sacrificing elements of the social life that most young people take for granted. Breaking into a professional first team requires a healthy lifestyle that is completely geared to optimum performance on the field of play. The days when footballers could spend a Friday night in the pub and then turn in a performance on a Saturday afternoon are long gone.

The demands placed on the professional footballer are greater now than they have ever been. While a good club player might possess all the basic attributes needed to make it professionally, this will count for nothing if that player doesn’t have the skill and aptitude to decide when each one is required. Knowing when to use strength, when to rely on creativity and when sheer mental strength is required is what separates the professionals from the good club players. Young players who have all the required attributes, and instinctively know which ones are required in specific situations, are the ones most likely to achieve their dreams of making it as a professional.

The best players in the world would not be where they are today without practice. Beckman and Ronaldo would practice free kicks over and over again, striking the ball in different ways, changing their approach to the free kick and trying to hit a particular spot in the goal time after time. This is what separates the greatest players in the world today from the rest.
A football goal in your garden will help to improve your free kicks and shooting techniques. Hours and hours of training, often on your own will improve your touch and control.
It's down to you.