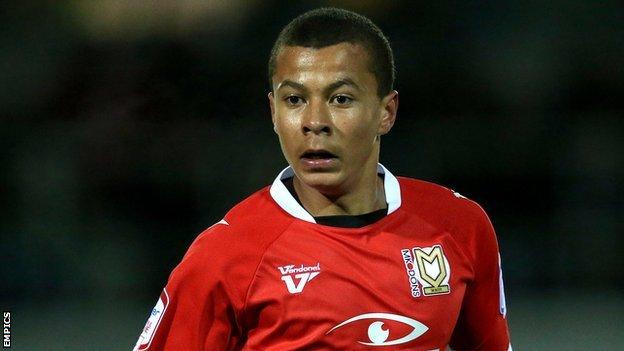 Another Football League Season is well under way. But while the Premier League looks forward to yet another bumper payday of television riches, several Football League will simply be hoping to unearth a few hidden gems from the ranks of their youth systems.

With money growing increasingly scarce at the lower end of England’s professional footballing ranks, the need to develop exciting youth talent has never been greater. Thankfully, there are several youngsters who are already making the headlines in local newspapers up and down the country, and here are five of the very best.

Luke James had a turbulent start to his professional career after failing to make any sort of impression in his first few run-outs. However, at only 19 years of age, James weighed in with 13 goals in 38 first-team appearances last season, and this could be his year to shine. It seems those behind the scenes in the lower leagues have always had faith in the youngster, as he was named League 1 Apprentice of the Year in 2013. Despite a hugely disappointing season – in which Hartlepool finished in 19th position in League 2 – James shone, and he is most definitely one of the exciting young players to look out for during the 2014/2015 campaign.

Even before Dele Alli ripped Manchester United to shreds in the second round of the Capital One Cup, there was an enormous amount of hype surrounding this exciting 18-year-old talent. At 6ft2, the marauding midfielder is a true powerhouse, but he also has a full package of skills at his disposal. Capped at England U-17 and U-18 levels, Alli actually made his professional debut at the age of 16. The young midfielder broke into the first team last season, and despite an injury-plagued first few months, he went on to make 37 appearances and score six league goals. Already something of a hero in Milton Keynes, this could be the season he attracts the attention of a Premier League club.

Instantly recognisable by his bright blonde hair, Will Hughes is definitely one of the most exciting English talents in the country at the moment. His swashbuckling approach to attacking wing play won him a legion of fans and admirers last season, and unless Derby gain promotion this season, it could be his last year at the iPro Stadium. Hughes’ control and touch makes him a rare breed in English football at the moment. Such is his talent, he was playing for the England under-21 team at the tender age of just 17.

At just 18 years of age, Diego De Girolomo has worked his way through the youth ranks and into the first team at Sheffield United. Despite reported interest from the likes of Arsenal and Manchester United, the Blades have managed to keep hold of their star youth player for the time being – perhaps through the promise of regular first-team action. Despite being born and raised in England, De Girolomo represents Italy at under-19 level, and weighed in with three league goals last season.

Britt Assombalonga has already suffered the highs and lows of the professional game, despite being just 20 years old. In order to reignite a highly promising career that started to stagnate at Gianfranco Zola’s Watford, the young Kinshasa-born striker made the switch to Peterborough in a surprising seven-figure move to League 1. He has a goals-to-game ration of one in every two, and because he is comfortable with both feet, it surely won’t be too long before he starts to attract the attention of teams at the lower end of the Premier League this season.