Are England’s Poorest Players Being Priced Out of Grassroots Football by the FA’s Multi-Million-Pound Investment Scheme? 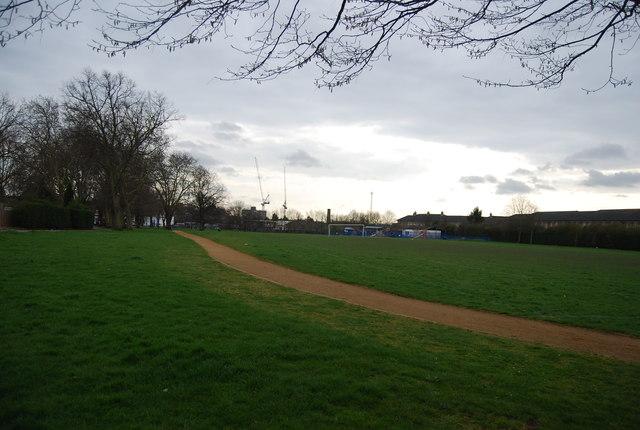 When the FA announced its £250m scheme to improve grassroots football in England, hopes for the future the game in local communities rose. But it seems that there might be a significant flaw with the plans.

As more than 80 percent of community pitches are owned by local authorities, it is inevitable that they will be responsible for the implementation of large parts of the FA’s initiative.

Local councils own much of the land the FA is paying to improve. Those councils have to protect that land from vandalism, and pay for its upkeep. With the government putting increasing pressure on local authorities to cut costs, the money for this vital work has to come from somewhere - and it seems to be coming from those who can least afford it.

Burton Joyce’s £375,000 facility at the Poplars was transformed by investment from the FA. But a row broke out recently after it emerged that the local parish council was charging people up to £67 to hire the all-weather pitch.

The Poplars facility was once a hub of activity for the local community, but things have been very different since the FA’s cash injection. Steel fences have now cut off access to the entire complex, which has stopped youngsters from enjoying impromptu games of football when the official pitches aren’t in use.

Unfortunately for the local community, it’s hard to criticise a local authority for trying to protect such a precious facility. This land was never a public park. Opening it up to the general public would leave it vulnerable to anti-social behaviour, vandalism and dog fouling. And it surely wouldn’t be long before the grass playing surfaces became unplayable again.

Where will children play football for fun in the future?

The issues raised by local residents relate to the fields that surround the official playing surfaces. A huge area of playing fields is now off bounds - a move intended to protect the playing surfaces that were recently relaid. But what about the casual player? With ball games now strictly banned in many streets, where can youngsters now lay their jumpers for goalposts?

Burton Joyce Parish Council is responsible for the payment of rent and rates for the Poplars facility - totalling £25,000 annually. Add to this the cost of upkeep and staffing, and it’s not hard to see why the local council HAS to charge for game time.

While the FA’s investment is undoubtedly great for the grassroots game, it isn’t without its limitations. Better facilities in communities do not address the issue of poverty. In areas with high unemployment, recruiting enough subscribing players can be a huge challenge - and the rising cost of hiring suitable playing surfaces is only going to make that problem worse.

It is unfortunate that the FA has been dragged into a local argument such as this one - but not surprising. Community football and local authorities are inextricably linked. And in order to improve grassroots football in England, the lion’s share of the FA’s investment fund needs to find its way to councils.

Perhaps as part of the FA’s initiative, they could set aside a little extra cash in order to make playing fields and parkland available to the general public. Because let’s face it; youngsters are far more likely to join their local club if they have been able to play for fun during their formative years.

As part of the FA’s Just Play initiative, people can search for their nearest ‘kickabout’... and then book it. This will be counterintuitive to many people, however, as the beauty of a ‘kickabout’ is its impromptu nature. The idea of having to book your ‘kickabout’ with complete strangers in a controlled environment will not appeal to many young people.

Perhaps other areas of the UK could follow The City of Edinburgh Council’s lead of setting aside areas of their public parks solely for casual kickabouts? And it’s not just football that benefits, the local council has made tennis courts and basketball courts freely available on a first come, first served basis.

Grassroots football in England starts with toddlers kicking a football around with their family. The importance of this ‘right of passage’ simply can’t be underestimated. If the FA starts to address this issue, alongside the issue of more formal playing facilities falling into disrepair, the future could be very bright - for both the game and local communities up and down the country.