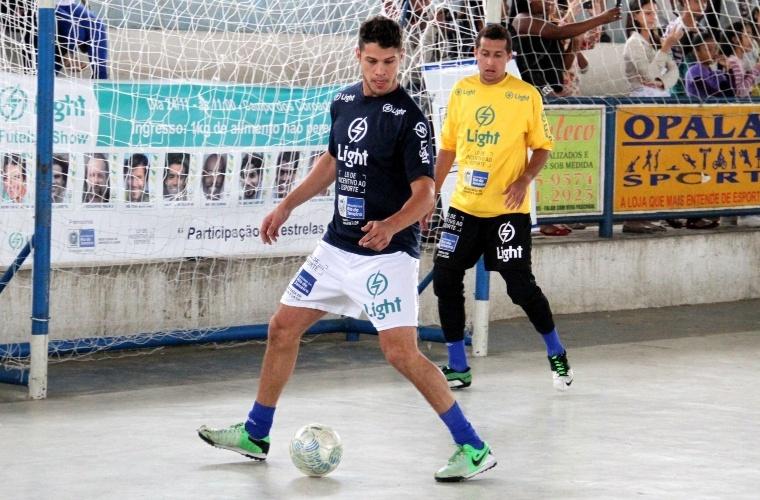 Young English footballers have been criticised for their lack of technical ability for decades now, and it’s clearly evident that a new approach to the way we coach our kids is required. For too long, kids have been placed under too much pressure to win at all costs, and that has been to the detriment of learning. Moreover, too much of the paltry three or four hours a week children get with coaches every week is spent standing in space, waiting for time on the ball during competitive matches. Simon Clifford’s Brazilian Soccer Schools aim to change all that.

Clifford was a PE teacher in Middlesbrough when the hand of fate pointed him in the direction of a new way to coach the game in the UK. Whilst watching his hometown team Middlesbrough FC in action, Clifford bumped into the father of Brazilian forward Juninho. The conversation that followed led to an unlikely friendship between the PE teacher and the World Cup winning legend. Juninho was invited to an after-school training session of Clifford’s, and the rest is history.

Whilst Juninho was impressed with Clifford’s commitment to developing technique, he was less than enamoured with the methods being used. The little Brazilian introduced Clifford and his pupils to Futebol de Salão – using a small, heavy ball which children find very difficult to play long balls with. A combination of Juninho’s approach to coaching and Clifford’s commitment to improving standards in Britain led to the creation of the Brazilian Soccer School.

What is Futebol de Salão?

Futebol de Salão was developed in South America as a way of teaching kids precious technical skills from a very early age. A size-2 Futebol De Salao ball, which is weighted down especially for the game, is used in order to deter children from playing long or high balls. Instead, they are taught to use touch and control to master ball skills – long before winning is ever a major issue. Played on a hard pitch with similar dimensions as a basketball court, Futebol de Salão could be the saviour of England’s ailing national team. Some of the Brazilian greats - including Zico, Pele and Ronaldo - owe their legendary skills to this version of the game.

Clifford’s Brazilian Soccer Schools take a long-term approach to player development. Children are taught to view the game as an individual pursuit during the early stages of the learning process – through an increasing number of training hours, continuous repetition, regular praise and constructive feedback where it’s warranted.

Passing, heading and shooting are practised with size-4 and size-5 balls, whilst close control and technical skills are worked on with size-1 and size-2 balls. The students of Clifford’s schools are asked to take part in two hours of programme training every day, as well as an hour on individual work. Clifford himself compares the approach to learning how to play a musical instrument.

Despite the obvious emphasis on technique, Brazilian Soccer Schools pursue a holistic approach to player development. As well as repetitive work on touch and control, strength and fitness are worked on during most sessions. Becoming a professional footballer requires a complete skill-set, which is an ethos that is the bedrock of Clifford’s approach.

The footballing education children receive at Brazilian Soccer Schools also encompasses tactical development. Various visual aids and various items of training equipment are used to instil the Brazilian philosophy in kids. As a result, students become aware of the benefits of technique, and how it can give them a distinct advantage on the field of play. Kids are set individual milestones in their development, which are used as tools for both motivation and recognition.

More than one million children are now students of Clifford’s Brazilian Soccer Schools in more than 60 countries, and many previous students have already made a name for themselves in the professional game – including Manchester City ace Micah Richards. Sir Trevor Brooking has already publicly endorsed the schools, and they have been integrated into the FA’s own development programmes. Clifford himself has set a challenging goal for his schools – to be responsible for the development of at least ten of FIFA’s top 50 players by 2016.

Socatots is a pre-school coaching programme that combines play with the basics of footballing technique. As well as having more than 50,000 students in the UK, there are now Socatots schools in Australia, Thailand and Singapore. Parents are actively encouraged to get involved in their child’s play, which is designed to provide an all-encompassing introduction to physical, social and psychological wellbeing.

The failure of successive England squads to bring a major trophy back to the home of football seems to have spurred the FA into action – and Simon Clifford’s Brazilian Soccer Schools are right at the heart of the resultant coaching revolution. Teaching children that technical development is far more important than winning football matches should create a new generation of technically gifted England players, and Clifford’s revolutionary approach to coaching aims to do just that.