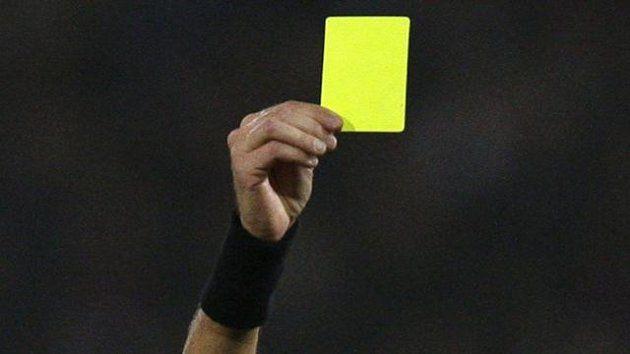 The FA has been grappling with the growing problem of bad behaviour in grassroots football for many years. National campaigns, educational programmes and increasingly strict rules regarding the issue don’t seem to have worked.

There is still a serious behaviour problem in community football — and more drastic action is needed.

This year sees the launch of a new rule that might one day grace the Premier League. Sin bins are now in operation in the lower tiers of English football. Any player guilty of dissent will be sent off for 10 minutes.

The FA’s new rule is similar to the yellow card used in rugby union. And it’s hoped that the prospect of having to leave the pitch will stop on-field flash-points before they occur.

The FA hopes that the new rule will result in a 38 percent decrease in bad behaviour in the lower leagues.

Where are sin bins in operation?

Sin bins won’t be seen beyond the fifth tier of the National League. But, crucially, they’ll be in operation throughout all levels of grassroots football in England. The 10-minute penalty will feature in competitions for girls, women, disabled players, veterans and youth players.

The latest expansion of the initiative comes after a successful trial over the last two years. Cases of serious dissent fell by 38 percent. Young players across the country are, as a result, getting the message about bad behaviour and abusive language.

How do sin bins work?

A referee can send a player to a sin bin for 10 minutes by showing a yellow card. The official must also point to the sidelines with both arms outstretched. A standard yellow card for fouls and deliberate handball etc. will still be used.

When a player is in a sin bin, he or she can’t take any part in the game. And they can’t be substituted, leaving the team a player short on the pitch.

According to the FA’s research, only one percent of the 135,000 matches monitored featured more than three cautions for dissent. In reality, the chances of more than three players being sin-binned at once are remote. This is because teams that are a player short are more likely to curb their emotions while they’re at a numerical disadvantage.

Exactly what is meant by dissent isn’t clearly defined by the FA. But this is a positive policy. Why? Because it gives the referee the discretion to deal with issues as they arise. After all, context and mitigating factors will always apply.

According to the FA, dissent falls into two categories: the spoken word and the action of players. So, for example, if a player were to call the referee blind or stupid, they’d face 10 minutes in the sin bin. Slamming the ball into the ground in frustration at a referee’s decision would also result in action.

Of course, there will be times when a referee shows a little leniency. For example, the official might decide to keep their yellow card in their pocket if the dissent was related to a seriously bad challenge.

Sin bins have dramatically reduced cases of dissent in the competitions chosen for trials. Not only that, 72 percent of players said they supported the rule. Crucially, 84 percent of referees said the rule works and should be rolled out across more competitions in England.

The FA is also acutely aware of its image issues around the world. The sight of millionaire footballers screaming abuse at match officials on live TV doesn’t do the brand any favours. Make no mistake: the long-term plan is to introduce sin bins to the Premier League and the Football League.

But in the case of grassroots football, the issue is far more serious than appearances. On local playing fields and municipal pitches, officials don’t have security or anywhere to hide. When dissent turns to abuse and physical violence, individuals suffer — and turn their backs on the game.

Sin bins are controversial. They’re associated with American sports, and that’s something that horrifies a lot of football purists. But society is changing, and the game needs to keep up. There’s a serious behaviour problem in football, and sin bins might, over time, change the culture within the game.