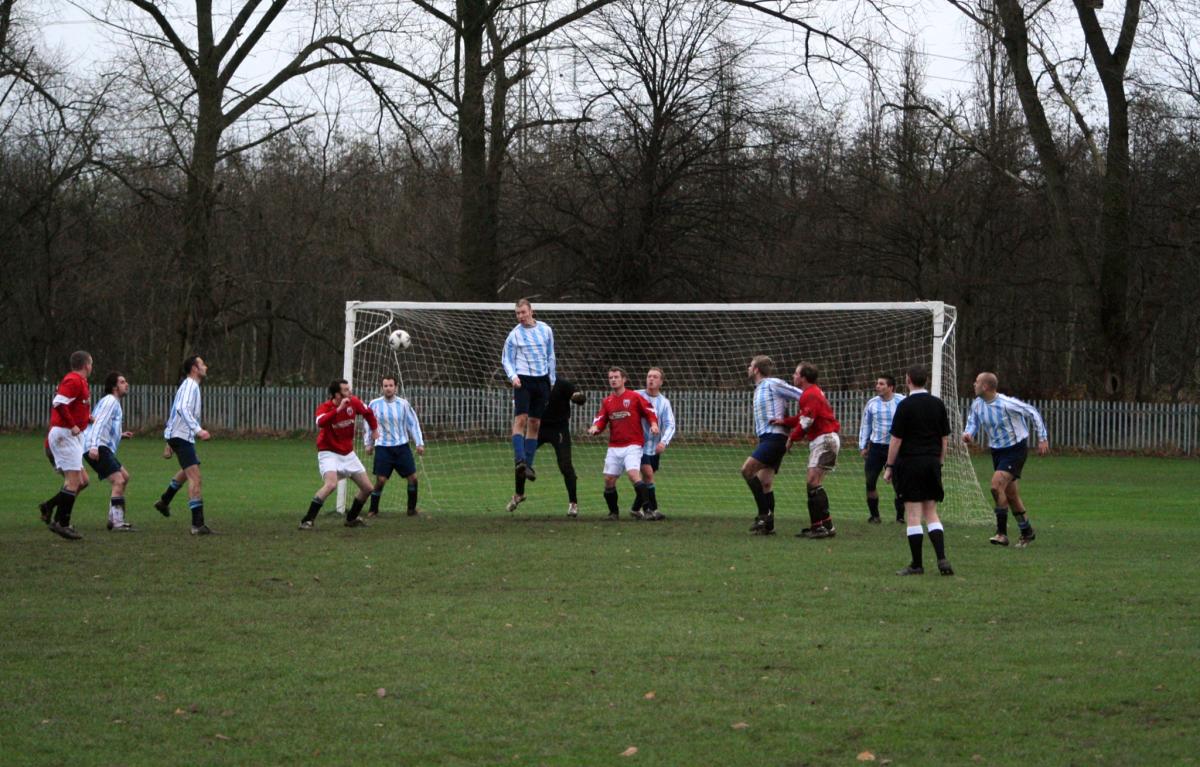 Some areas of England just can’t get enough football. These are the areas that produce far more than their fair share of England internationals on a regular basis.

Unless you live in the area, the chances are you’ve never heard of the suburb of Chaddlewood. With a population of less than 9,000, there is nothing immediately striking about this rather unassuming part of Plymouth. But check the local football league tables, and you’ll see Chaddlewood featuring prominently.

The suburb has three different teams in the P&WD Saturday league. Two more Chaddlewood teams and Plympton Athletic play in the area’s top league. So what is so special about a largely residential area in the easternmost reaches of Plymouth?

It appears that football is just a way of life in Chaddlewood. To find out why, you need to research the history of the area - and head back to a time when mining was the lifeblood of the local economy.

Until very recently, three of the teams in Chaddlewood were miners’ sides, but two of them have recently broken away in search of their own identity. And although coal mining ceased many years ago, its legacy lives on in the area’s football teams.

This suburban area of Plymouth has struggled on since the last coal mine closed its doors, but football has remained the one constant. All parts of the community come together on match days to support their team, which not only fosters community spirit, but inspires the next generation of player to get involved.

One of the local teams is sponsored by the local pub, and another by a well-known building company based in Chaddlewood. On match days, parents make picnics, pub landlords put food on and local people turn up to watch their local heroes in action. Football is far more than a game in this sleepy suburb - it is a way of life.

So when football matches are interrupted by bad weather and deteriorating pitches, it is not just the players’ lives that are affected - the whole of Chaddlewood suffers. Sadly, small areas such as this will probably be ignored by the FA’s grassroots investment plans.

While many people lament the changing nature of football in Britain, Chaddlewood proves that nothing much has changed. Football in the community is still the enclave of the ‘working classes’. While the professional game in England has been somewhat hijacked by large corporations and foreign billionaires, plumbers, cafe workers, taxi drivers and window cleaners still play the beautiful game in their spare time - in the communities they live in.

Of course, there is nothing new about footballing hotbeds. While Chaddlewood may not be a household name where football is concerned, certain regions of England have produced more than their fair share of professionals and superstars over the years.

When the FA launched its Community Awards scheme, it released some very interesting statistics on grassroots football in England. Over the last 50 years, Merseyside has been the hottest of footballing hotbeds. The region has given the England national team 36 players over the last half century, including the likes of Wayne Rooney, Steven Gerrard and Leighton Baines.

Bryan Robson’s home of County Durham was second in the list of footballing hotbeds over the last 50 years. Since 1966, the north east county has produced one England defender for every 151,000 people the region. Tyne and Wear and Nottinghamshire also feature in the top five footballing hotbeds, followed by London.

The facts are stark: the greatest England players to wear the three lions over the last 50 years have come from some of the poorest parts of the UK. Strong communities, good facilities and the determination to get on in life are what makes good players in these regions become great players.

Investing in football projects in the English regions should be a priority for both the football authorities and government. For the FA and the Premier League, the return on investment will be a better final product on the pitch. For the government, the payback will be healthier kids, less crime and more social cohesion.

So when we ask for more investment in grassroots football, we talk on behalf of entire communities - and not just those who take pure joy from playing the beautiful game.