How Premier League Clubs Are Getting Involved in Community-Based Projects 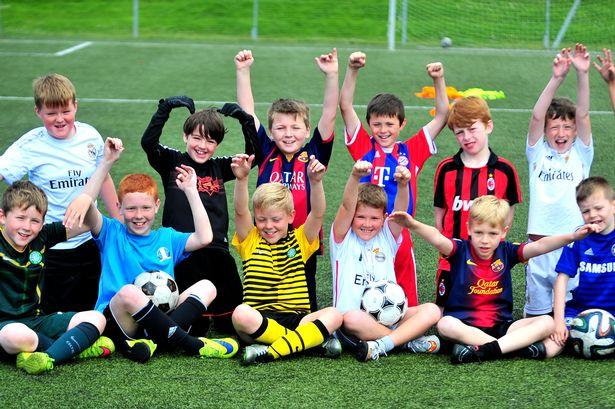 Premier League footballers aren’t always held in the highest esteem amongst those outside the football bubble. Huge weekly wages, bad behaviour on and off the pitch and a lack of role models has left a significant section of the population cynical with regard to the game’s highest earners. But is this fair?

The Premier League has a range of community projects in place - many of which are funded by The Premier League Charitable Fund. The world’s richest domestic football league has been very keen to improve its image within the game, and this fund has been at the forefront of that PR campaign.

The Premier League’s Creating Chances programme has been at the heart of a drive to build up lasting relationships between clubs and the communities they serve. It is estimated that more than 14 million people have benefited directly from this particular scheme over the years.

According to The Premier League, it invests 14 percent of its revenues in various good causes up and down the country - although some within the game dispute these figures. Nevertheless, the work done by England’s elite professional league is changing lives and communities.

But it isn’t just the Premier League that is getting involved in various community-based projects - many clubs are too.

Manchester United fund a foundation that works with local youngsters to improve their basic football skills. Several of the club’s stars get involved in coaching on a monthly basis, including Chris Smalling.

Newcastle United fund a foundation that helps local people of all ages to get involved in football. One of the initiatives supported by Newcastle players Daryl Janmaat and Paul Dummett involves helping people improve their fitness levels through ‘walking football’.

Swansea City have taken community work a step further by getting involved in improving the employment prospects of youngsters in the city. The ‘Sign Up to Success’ scheme aims to give young people the basic communication and presentational skills needed to find employment. The scheme has been actively promoted by several first-team players over the years, including Federico Fernandez and Wayne Routledge. Swansea City have even commissioned the writing of a song to accompany the initiative, entitled ‘The Swansea Way’.

Manchester City have the world’s deepest pockets when it comes to the transfer market, but that doesn’t mean they don’t provide significant funding for local projects. One of the most popular projects amongst players has been the club’s powerchair football scheme - giving disabled youngsters the chance to play football using motorised wheelchairs. Several City stars have participated in matches at the club’s extensive training facility, including Wilfried Bony, Yaya Toure and Vincent Kompany.

Sunderland’s Foundation of Light has a fantastic reputation on Wearside for giving back to the local community. John O’Shea is one of the Sunderland stars who can be seen getting involved in various projects on an almost weekly basis. Children are given behaviour and attitude coaching, and parents are taught various skills that help them raise their children in difficult circumstances. Sunderland plays will often be seen on school playing fields taking part in PE lessons and coaching sessions.

Tottenham Hotspur funds a foundation that does extensive work throughout North London. One of the most popular schemes involves helping local disabled people develop key life skills that promote greater independence. Several Spurs players have been involved in this particular scheme in the recent past, including Jan Vertonghen and Mousa Dembele.

West Ham was one of the first professional football clubs to start its own charitable foundation more than 25 years ago. The club is renowned for its work with elderly people in East London, which has been credited with helping people who live alone to meet new people and socialise. One of the most successful projects in recent years has been ‘Sporting Stories’, which combines recording the experiences of fans with teaching the elderly in the area to use digital forms of communication.

Much of the cynicism aimed at the elite of English football is justified. However, there is no doubt that some of the richest clubs in the country are actively working to improve the communities they serve.