The Street Football Association — Changing Lives for the Better 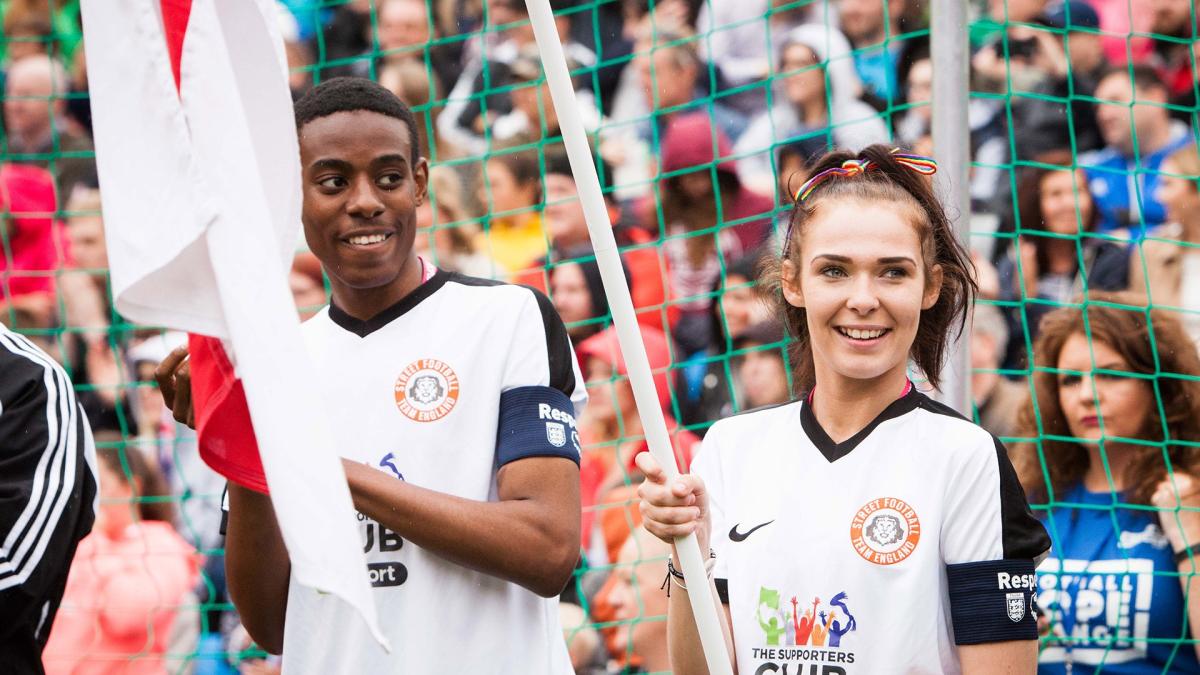 When Gareth Bale led an heroic Euro 2016 campaign that led to the semi-final, a proud nation watched on — including a group of Big Issue sellers from Wales. Inspired what they witnessed, they decided to group together to form a team of their own. Big Issue Cymru was born, featuring homeless and socially excluded football fans from Cardiff.

Street Football Wales runs the four-a-side league in which Big Issue Cymru compete — proving that football really can be used as a force for good.

Homeless football in the UK is nothing new, of course. Glasgow recently had the honour of hosting the Homeless World Cup, and several domestic homeless football competitions take place up and down the country every year.

Thanks to the increasing popularity of the sport amongst the homeless and the charity sector The Street Football Association was founded in England. The organisation became part of homeless charity Centre Point in 2014, and it hasn’t looked back since.

What Does The Street Football Association Do?

The Street Football Association works with professional football clubs throughout the UK to give homeless people the opportunity to play football regularly and on a competitive basis. The charity gives people who are without a home or socially excluded the chance to represent their country or a top team.

In many ways, football is the vehicle used on the journey towards a better life for homeless people. Taking part in events isn’t predicated on a specific skill or fitness level; all that is required is a desire to play football or get involved in the organisation of events.

The primary goal of the Street Football Association is to give people the confidence to improve their own life. While football is used to develop this confidence, it is hoped that participants will use their newfound stake in society in other areas, including employment, friendship circles and life skills.

In November 2016, Manchester hosted England’s largest ever Street Football Festival. More than 100 players from Ireland, Denmark, Portugal, France, Sweden and Denmark descended on the city for a two-day tournament. Among the events lined up for participants was a tour of Old Trafford and the chance to train at St George’s Park.

This programme is available to any homeless or socially excluded person in England. And every year, each club nominates one player to compete for the English national team.

Regular training programmes are often just the beginning for participants. Players are given an opportunity to coach future players, passing on what they have learned. In fact, this is the journey England’s 2016 Homeless World Cup head coach took. As a recovering addict, he turned up at his local street football initiative in search of a new life.

After enjoying a period is a player, Aaron went on to become a coach and mentor. His abilities were soon rewarded with the ultimate honour — the chance to coach his country’s side at a major tournament. Aaron is now a development coach at the Southampton Foundation, and he also works with footballers who live with disability.

Street football is a short-sided version of the game that is played at a frenetic pace. The game is four-a-side, played over two halves of seven minutes each. The pitch is similar to a five-a-side pitch, and involves the use of barriers around the edge of the playing surface; these barriers can be used for rebound passes. There are three outfield players and a goalkeeper. Each team can have up to four substitutes, which can be used as many times as the coach wants.

The level of skill on display in this format is often surprisingly high. Many of the top players were once promising young footballers with the world at their feet. For whatever reason, they have fallen out of the system that is meant to protect us all. Whether through mental illness, abuse or crime, they have become homeless or socially excluded through a series of events beyond their control. The chance to take part in organised football events is often the first step on the road to recovery.

Make no mistake; this initiative is about far more than football. The lives the Street Football Association has changed is testament to the power and reach of football in the UK. When those within the grassroots game talk about the impact of chronic underinvestment in the national game, they aren’t merely addressing the future of The Premier League and the England team; they’re addressing the social impact involved. If more initiatives like the Street Football Association can be supported with the cash they need, society will be all the better for it.