Can Modernisation Plans at the FA Create a Brighter Future for Grassroots Football? 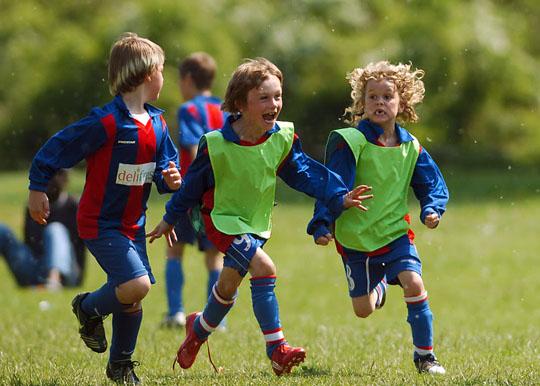 The Football Association is at a crossroads in its illustrious history. Facing threats of forced modernisation by the government, the game’s governing body in England knows it needs to be more representative of the game it promotes.

Finally, it seems that the constant threats from MPs are finally having a positive effect, as the FA has just announced plans to boost both the grassroots game and diversity throughout the game.

Rocked by the Eni Aluko scandal and the widespread criticism of its handling of former women’s England manager Mark Sampson, the FA has decided to take the bull by the horns with its latest initiative.

The drive towards greater diversity and a better approach to grassroots football began with a speech by FA chairman Greg Clarke last year. In it, he admitted that the FA board was too male and too white. He also conceded that the World’s oldest football governing body is failing to capitalise on the experience of former players and coaches.

This latest initiative seeks to redress the imbalance in English football. With the exception of established Premier League teams, football across the country is being short-changed. Whether it’s the women’s game or the local Sunday league team, the money and infrastructure needed to make the game a universal success simply isn’t there.

More money for football in the community

FA chief Executive Martin Glenn announced last week that there will be a £180 million cash injection every year for various footballing projects around the country — up from £123 last year. It is hoped that this money will make a “positive and meaningful impact at every level of football in England.”

The additional money is coming from savings that have been made over the last few years — many of which were achieved by the scaling down of the St George’s Park training complex. The debt accrued during the new Wembley construction project will be repaid early, giving the FA a little extra wiggle room in terms of investment capital.

Crucially, the FA has announced that there will be £9 million a year for grassroots football facilities — including an initiative to install more mini pitches in local clubs and primary schools. And a further £6 million will go to various projects around the country aimed at increasing grassroots participation.

Where is the grassroots money going?

Grassroots football in England has been starved of cash for decades, which has resulted in a dearth of coaching talent across the country. A large slice of the £6 million participation fund will be spent on ensuring that the 64,000 youth teams in England all have a coach with a least one Level 1 qualification.

There will also be more money for the FA’s community club hub scheme. The FA’s money will ensure that every hub has a subsidised coach/mentor with at least a UEFA B Level qualification. Other grassroots causes such as women’s football, disability football and the increasingly popular futsal will receive additional funding.

Promoting diversity across the footballing spectrum

But this latest FA initiative isn’t just about cash; it’s also about changing the culture of football across the country. Players will be given a forum in which to blow the whistle on abusive behaviour and bullying within the game. There will also be new codes of conduct for players and coaches, as well as diversity training for all club staff.

One of the most groundbreaking and exciting initiatives announced is the so-called “Rooney rule.” Named after former NFL team owner Dan Rooney, the rule requires that at least on Asian, black or ethnic minority candidate should be considered for every new coaching job. Given the huge shortage of minority people in coaching positions, this particular initiative is long overdue.

The FA has also announced an impartial review of its own diversity and equality record. This, along with a publication of gender pay gaps within the FA, should be the first stage towards creating a governing body that truly represents the English footballing public.

Other initiatives announced last week included a closer working relationship with anti-racism group Kick it Out and the creation of a Football Advisory Panel — which will bring experienced figures within the game together in order to develop future strategies for the good of the game.

It’s early days, but it would appear that the FA is willing to start the modernisation process on its own. It’s just as well, as British lawmakers are watching. And if they don’t like what they see, they’ll simply legislate instead.