Knee Injuries in Football: A Guide to the Symptoms, Causes and Treatments 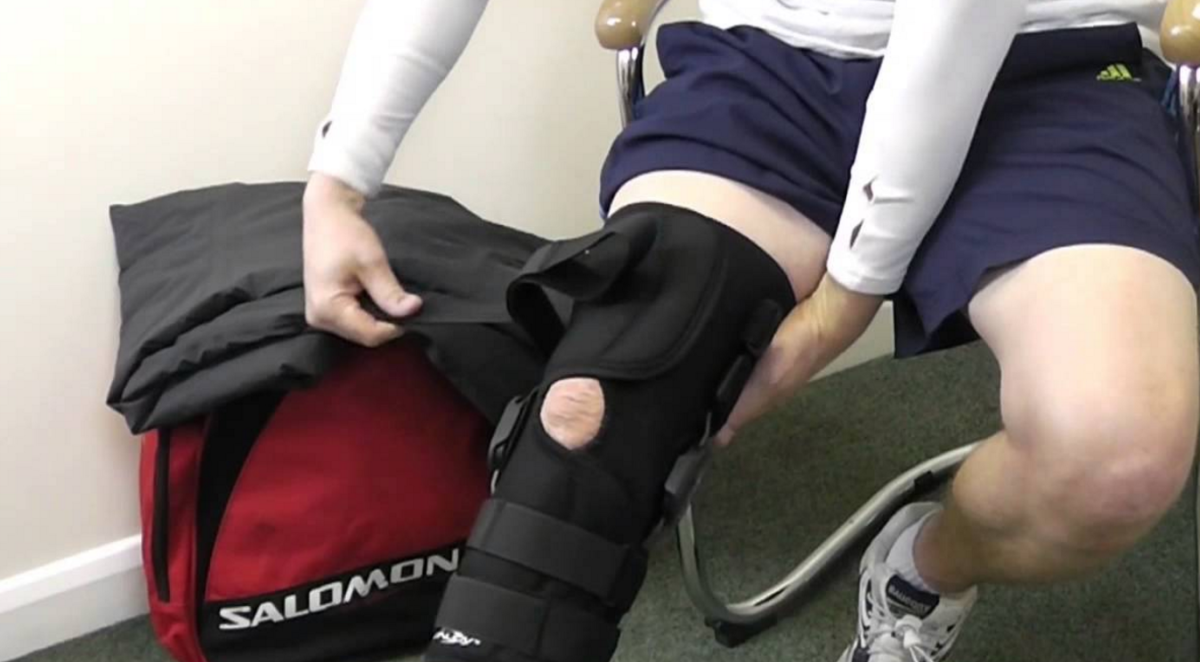 The nature of football puts great strain on a player’s knees. Whether in training or in the heat of match action, the pressure of constant shifts in weight, twists and turns can take a heavy toll on the knees.

A lot of players ignore twinges and nagging pains for fear of missing matches - but this can often lead to longer-lasting damage and serious complications. There are several causes for acute and chronic knee pain, and as someone who plays football regularly, it is sensible to know what they are and how they can be addressed.

The knee consists of two cruciate ligaments and two collateral ligaments. A sprained knee is an injury that results from the overstretching, tearing or damaging of these ligaments. In most cases, a sprain can be treated with rest and by wearing a knee support. A knee support applies compression to the knee, which will help to reduce swelling and aid recovery. Ice packs can also provide relief from pain and swelling. Complex tears will usually require surgery, however.

The most obvious symptom of a twisted knee is severe pain, but this is usually accompanied by swelling, inflammation and a loss of movement. The knee may also become unstable - and susceptible to buckling.

Commonly referred to as runner’s knee, patellofemoral pain is very common amongst road runners, but it can affect footballers too. This pain is felt right at the front of the knee - on and around the patella. The pain intensifies during exercise, and involves a degree of swelling. Some sufferers will experience a grinding or ‘popping’ sensation when they run.

There are many potential causes of runner’s knee, including displacement of the kneecap, weakened thigh muscles, a general knee injury or flat feet. Sufferers will often find relief by wearing a knee support, applying pressure, using ice packs and resting.

Torn cartilage - sometimes referred to as meniscus tears - are very common amongst footballers. The sharp twists and turns that are part and parcel of playing football can lead to unequal distributions of weight, which can lead to severe tears.

A tear of the knee cartilage is often ignored by amateur footballers as just ‘one of those things’, but it can worsen with continued use. Symptoms range from slight aches to excruciating pain. Some players will experience swelling, knee-locking, stiffness, shooting pains and an inability to straighten their knee.

Depending on the type of tear, its location and its severity, surgery and a period of physiotherapy might be required. However, in less severe cases, rest and elevating the leg will be enough to aid the natural healing process. In rare cases, the meniscus will need to be removed.

Damage to the PCL is graded from one to four - starting with a slight tear to widespread damage involving another ligament in the knee. Some mild PCL injuries will repair themselves over time, while the more serious cases will require surgery, a period of rehabilitation and a supportive brace.

The anterior cruciate ligament (ACL) stops the shin bone from sliding out in front of the thigh bone. Injury can occur when a player gets hit hard on the side of the knee - as a result of a sliding tackle. Tearing of the ACL can also occur by overextending, or by sudden stops and changes in direction.

Among the most common signs of an ACL injury are swelling within six hours, severe pain (which can get worse when weight is applied) and a ‘pop’ sound when the injury occurred.

Severe ACL injuries can keep footballers out of action for up to a year. Reconstructive surgery is required for the most serious cases, which is usually followed by a long period of rehabilitation.

The medial collateral ligament is located on the inner side of the knee - linking the thigh bone to the shin bone. Most medial collateral ligament injuries in footballers aren’t too severe, and can be treated with rest, some form of knee support and elevation. However, a third-degree sprain can also affect other areas in the knee, including the meniscus and the anterior cruciate ligament.

Most medial collateral ligament injuries occur as the result of a sudden change in direction or a blow to the side of the knee. In the case of sudden movements, this can happen when a player’s studs get caught in the turf while the rest of their body moves in a different direction.

Mild sprains will usually right themselves after around three or four weeks of rest. However, more severe cases might require surgery, or the use of a supportive brace to aid the natural healing process.

Knee injuries are an occupational hazard for footballers, but by taking precautions they can be kept to a minimum. Doing strength and conditioning work, listening to your body and resting when you need to will minimise the risk of severe knee injuries.