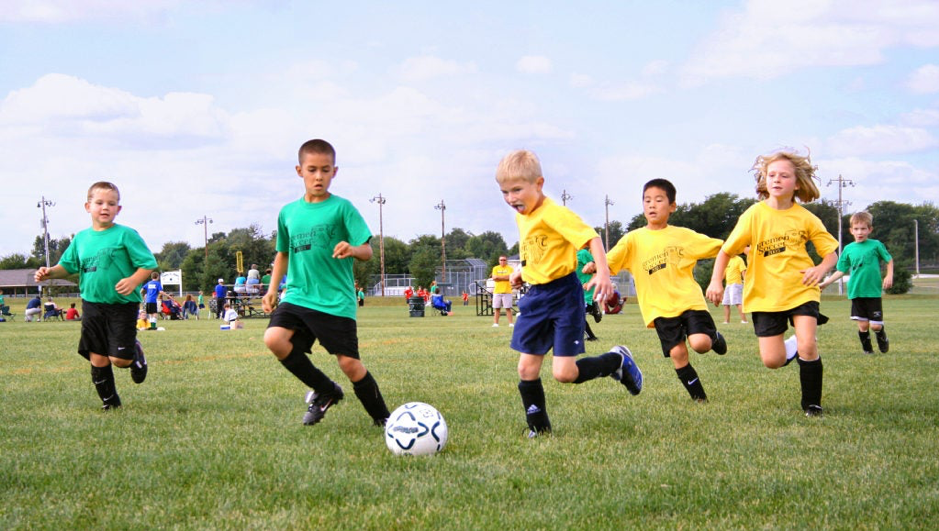 In his book Outliers, Malcolm Gladwell came up with the 10,000 hour rule, which he considers the key to success in sport, business, and lots of other fields. His argument is that it takes a minimum of 10,000 hours of practice to master a skill, with the quality of practice also being key. He refers to many highly successful people in the worlds of sport and business, and when applying his rule, it is easy to see how these people became leaders in their field.

However, there are so many footballers in the world, and so many different journeys to the top, that it is somewhat silly to simply say that kids just need to practice for 10,000 hours and they will “make it”. The quality of practice part of the rule probably prohibits this!

Where the theory does make a lot of sense is when it is applied to the fact that young players need to build a long-term relationship with the ball and master their skills. Players don’t “make it” unless they have practiced, practiced and practiced.

For example, we’ve all read the stories about a young David Beckham practising free kicks on his own, so it is no surprise he was so good at them as a professional. Similarly, Cristiano Ronaldo often skipped school to practice football, getting in extra hours that others didn’t. The point is, top players don’t just “happen” or don’t just have a high level of “natural ability” in what they do. They would also play in the street or park for hours and hours daily. This play would be unsupervised and from my memories of playing in the street, you would rarely play with kids of your own age as the streets around your house would be made up of kids of different ages. It is no coincidence that the “street footballer” would emerge.

The “street footballer” was a player who was creative, skilful and hardened to be able to compete with and beat older kids - https://www.thesoccerstore.co.uk/blog/latest-news/training-on-your-own/. This was because not only did you have to master skills, you had to master and apply them in a tough game environment. Try getting a free kick when there were no adults supervising the game! There also wasn’t the pressure applied to pass the ball, like there is in many coaching sessions these days. No adults, no structure, and no instructions meant that creative players who would not be afraid to take risks and get hurt emerged.

And this is an important point, the previous generation had players in professional systems, but they may have only trained with the club once a week.

So, it is easy to see that the previous generation were probably getting enough contact and hours with the ball, and in a completely different way to the current generation.

Think about football today, kids start out in structured coaching sessions at a very young age. They then might go into a grassroots club program and train 2 or 3 times a week.

When kids start out their football journey these days, they may take part in small sided game tournaments once a month. Again, all of this will take place in a structured environment. The more gifted players may train with professional academies and train 2 or 3 times a week. They may even play games a few times a week. As they get a little older most children will only play once a week for their grassroots team, often at the weekend. Every other time they touch a ball it will be in a coaching session facilitated by adults. This is a massive difference to the previous generation where you were constantly playing for different teams (grassroots, school, county, and the street!) and rarely training in structured environments.

Playing against different age groups has gone as well, with rules in place to prevent this. It doesn’t matter if kids are ahead of others in their own age group. Think about that 10,000 hour rule again; if 1 child already has hundreds of hours of practice by age of 6 and another doesn’t have any, then it is only it is common sense that one 6-year-old is ahead of another.

Whereas in the past, kids had to solve different problems to beat bigger, stronger, faster, better opponents in 1v1 situations, these days a player that is ahead in his or her development might end up doing the same things over and over as it is getting them success. The lack of challenge that we see for some kids at younger age groups could stifle their development.

Also, the majority of kids are learning what the coaches want to teach them, instead of what they want to learn. In a previous generation, you would grab a ball and explore new skill on your own or with friends. While this still happens, society has changed, and it is rare that children leave the house unsupervised.   This unrestricted exploring with a ball might not be happening as much these days.

That’s not to say the level of coaching isn’t good these days, it is! Coaches have resources on tap, mainly thanks to the internet (although we have previously written about the dangers of copying sessions you’ve seen online - https://www.thesoccerstore.co.uk/blog/football-training/developing-youtube-training-sessions-for-your-own-team/). Football Associations led coach education programmes have also improved, and this has helped raised the level of coaches which in turn has raised the technical level of players (globally) – long gone are the days where kids just run (without a ball).

Where the current generation do have an advantage over the previous one is their level of technical ability. There is no doubt that the technical level today has risen, players are doing things with a football that is beyond belief sometimes. Kids are learning tens, if not hundreds, of skills whereas the previous generation would have mastered one or two and relied on balance to glide past defenders. Think about Messi - he has a good touch (his first touch is often into space so he can be direct), great balance to aid his dribbling (just like Maradona), and a very high level of awareness of space, his teammates and defenders. He rarely does what could be termed as “skill moves” during a game.

That’s not to disparage those skill moves as the most important part of learning them is to get touches of the ball, so children fall in love with football and want to learn. For example, there is no doubt that Messi would have done them when he was younger. These skills also encourage a level of play and enjoyment, as well as raise the technical level of a player. They also encourage young players to touch the ball with both feet and with different parts of the foot. Touches, touches and touches!

Not all coaches are the same however and I can distinctly remember a coach saying to his players, “if you see the pass, you can make it. If not, then dribble your way out of trouble.” This kind of attitude is great and allows the players to relax and play the game.

So, the technical level of play these days, especially at the highest level, has risen above the previous generation. And that can only be a good thing.

Another area that has improved massively on the previous generation is the physical level of players – they are taller, faster and fitter than ever before. As the game has become so fast these days, most footballers need to have the desired physical capabilities to be able to compete.

The Role of the Coach

So, if the way that kids gain their football education has changed from generation to generation, should the way the coaching change as well? In short, yes! As highlighted above, kids are probably playing less matches. If this is true, should coaching resemble or even just be the game more than often than not? The “game” can be anything from 11v11 to 1v1, as long as training resembles the game or situations within it.

The main point is that the ball always has to be rolling and the players be in constant contact with it, with one team attacking and one team defending.   For example, small sided games are a fantastic way to replicate street football and produce “street footballers”. These games prevent long lines and boredom at training (although, not all line drills are bad - https://www.thesoccerstore.co.uk/blog/football-coaching/football-coaching-tips-are-line-drills-bad/) As long as the ball is rolling, and the coaching objectives for a session are set, then technical players will emerge. Coaches will then take clever, creative players and integrate them into the team, ensuring that the team move the ball in a way that the most creative players get 1v1 often.

Going back to the 10,000hour rule, if Malcolm Gladwell’s theory is correct then it is highly likely that kids these days are not practicing nearly enough to meet the required levels. They definitely are not getting enough unsupervised time with the ball just to play and learn. However, players are still making it to a decent level of football so is there a flaw in the rule?

There have always been great players, but there are more great players now.   This due to the increase in their technical levels and an increase of the coaching standard.

The current generation of kids are getting a level of training the generation before could only dream of. This training is backed by good practice, data and science gathered over many years. Therefore, it is not a stretch to say that coaching is better these days than in previous generations. All of this benefits the kids entering a coaching academy or grassroots setup.

As stated at the start of the article, how the hours of practice are gained are key and perhaps as a result of increased coaching standards, no time is wasted when the focus is on developing players.

What are your thoughts? Let us know below.