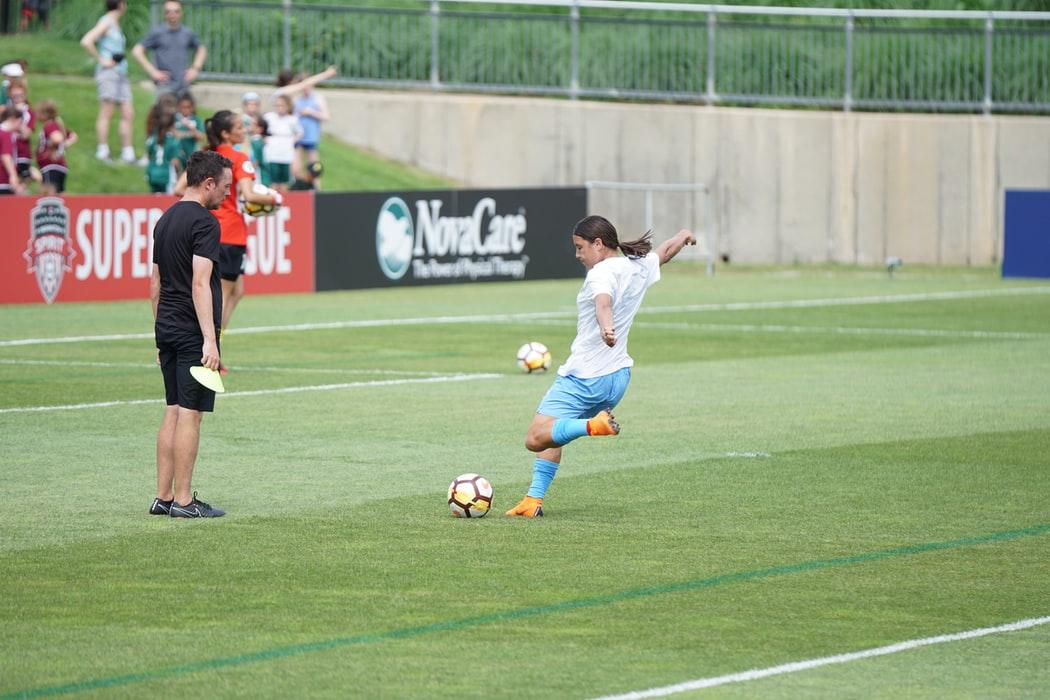 We've all seen it on game day.   A team are warming up with a shooting drill and it looks like this:

The player then gets his ball, returns to the back of the queue, the next player goes, and the process repeats.

At grassroots level, most would consider this to be a bad warm-up drill because players are standing in a line waiting for their turn.   The coach will also get the most touches of the ball as they are laying it off.   If we think about the negative parts of this drill, i.e. players standing around in a line, and think about how that applies to all aspects of our training sessions, then how much standing around and waiting for their turn are your players doing?

What Is a Line Drill?

Any drill where players are standing in a line is known as a "line drill".  Line drills have gotten such a bad reputation recently, and that probably comes from those sessions where players are standing in line to get a touch of the ball every 30 - 60 seconds and that touch is not game realistic.   Those sessions probably lack the intensity required to transfer the session to the game.   Too many of those sessions may end up actually stifling player development due to that lack of intensity - teams who do not train with intensity usually get a shock when they meet a team that does.

However, there is a different kind of line drill out there.   One where players need maximum concentration, where they are taking part every 10 to 15 seconds, where the touches they are getting are game realistic, and they are getting fatigued so mistakes will happen and they will be forced to adapt.   If this happens then the players will need the standing/waiting time to recover!

Consider the following drill and then the one after it: 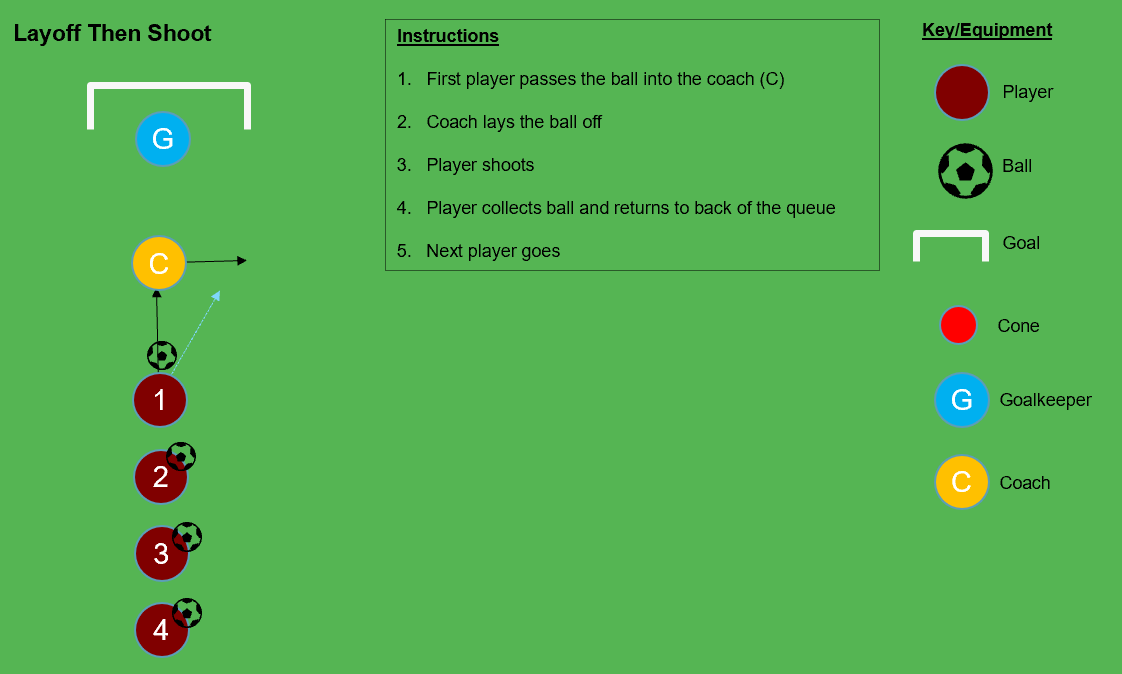 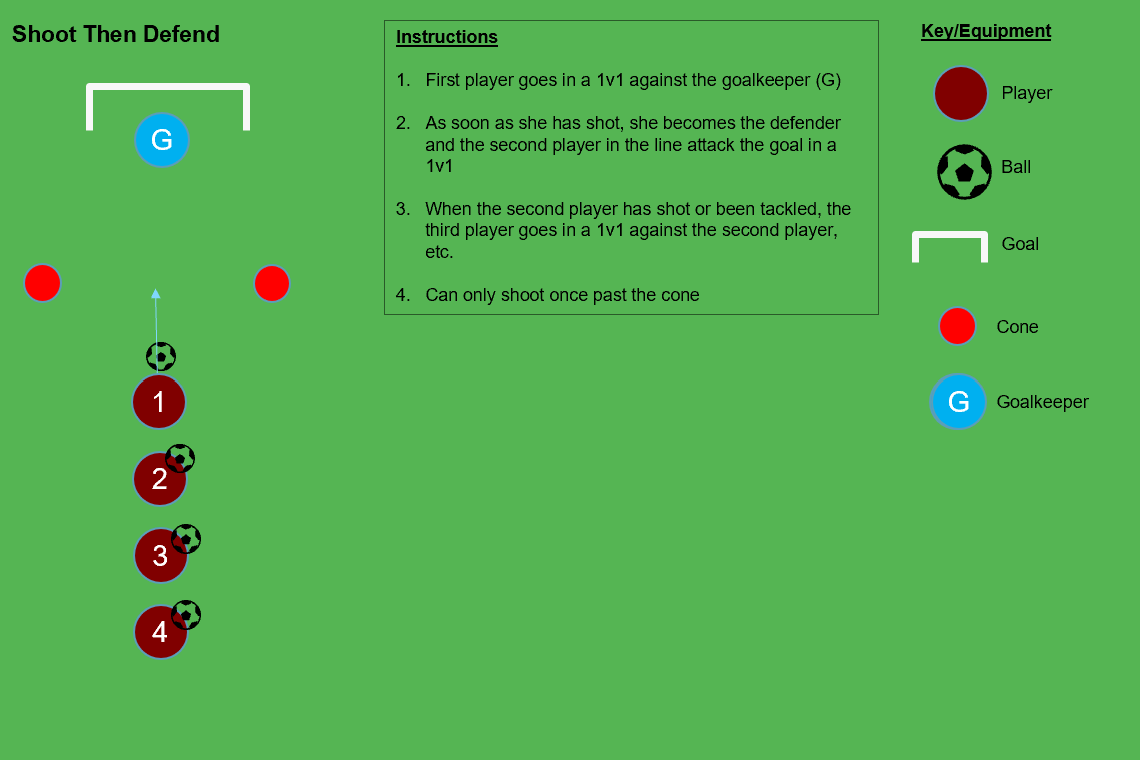 They are almost identical in respect that players are shooting at the goal, but the main difference is that the second one looks like the game - there are transitions (you attack, you defend), you take part in the game often and in short bursts, you need to work space for shots and a level of skill is required.

Can You Avoid Line Drills?

It is extremely difficult to run a full training session without a line drill taking up some part of it.  Small sided games always have the most impact on player development, but when working on particular areas, a line drill sometimes fits the criteria better.   Think back to the shooting example above, how could that be done without a line drill?   You would need to overcome equipment limitations with the number of balls and goals you have.

Lack of equipment is never fun, and neither is players standing in line, but if you do have some spare equipment then you can break up the drill by introducing another activity. My favourite is to place speed ladders and hurdles to the side of the drill so the players can complete these before re-joining the line.
Here is an example: 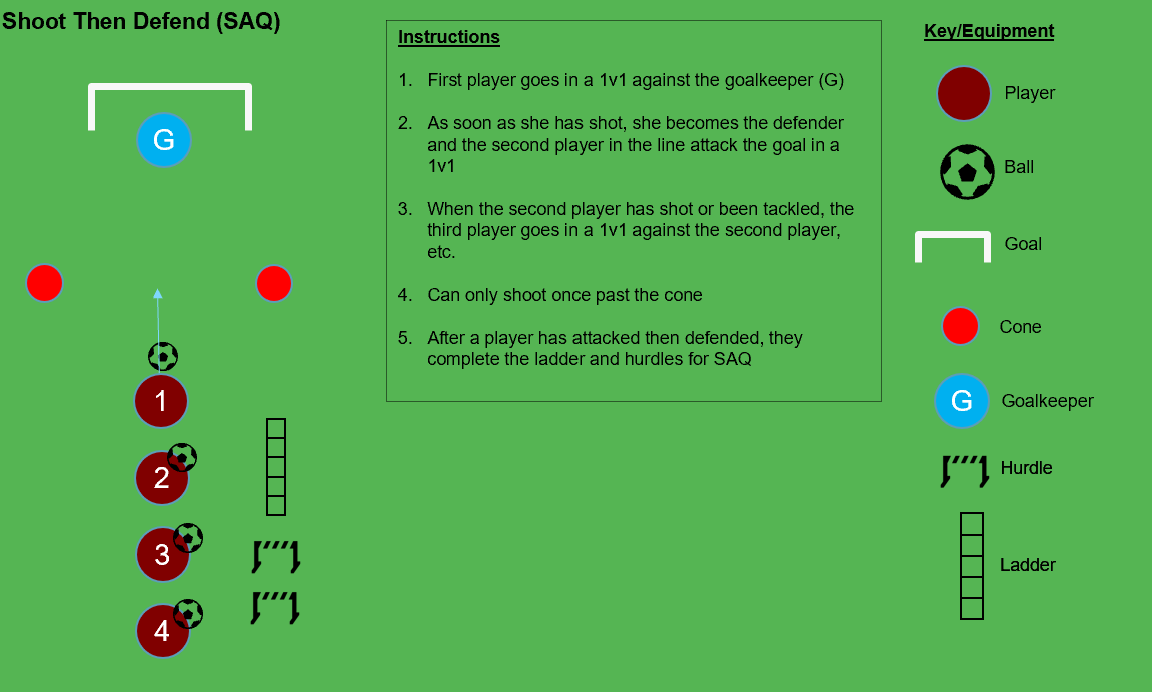 Doing this has a few other benefits apart from breaking up the waiting time.   It also helps with

Next time you run a session and players need to wait for their turn during a drill, think about the following:

Address the items in the checklist and you will likely have a productive session.

What do you think?   Are you a fan of line drills or do you avoid them?