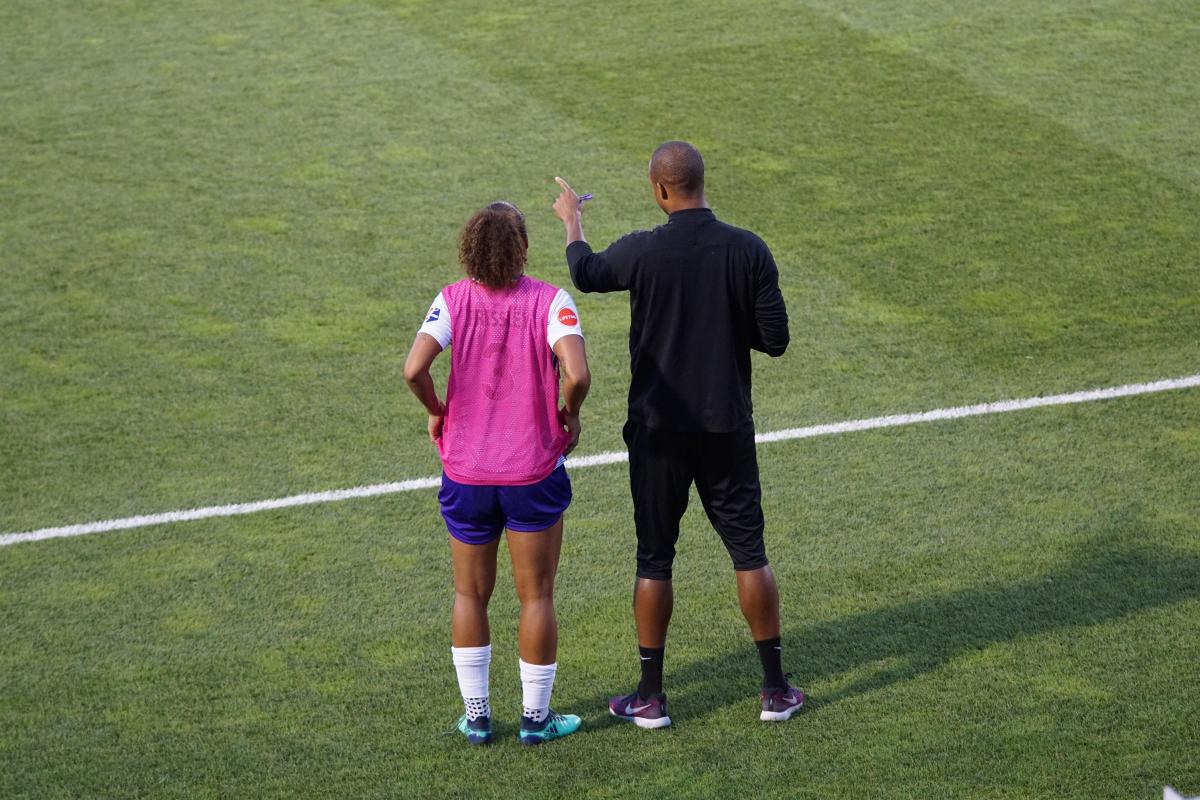 In a recent youth football game, the team I coach were 6-0 up at half time but in truth, it could have been more. About 10 minutes into the game I asked the team to retreat to halfway when the opposition goalkeeper had the ball so the opposition could practice playing out from the back.

This is not some sort of humble brag; it is quite the opposite. When teams are mismatched, or just for the purpose of this article; one is "stronger" and one is "weaker", then I think both teams should benefit and learn in games like this. To help facilitate this learning, which I believe is the role of the youth coach (i.e. not winning), I often think of ways to challenge the players in games. This helps reduce the score, involves all players in the team, makes the game more competitive and allows both teams to work on different areas of the game.

The alternative to challenging the players in this way would be to camp most of your team on the edge of the opposition box, ready to pounce each time they play out from the back. This would result in a "cricket score" game and, perhaps most importantly, the game would encourage bad habits for both teams. The "strongest" team would win the ball, dribble around a defender or two then score, while the "weaker" team would start to play aimless long balls to relieve the pressure on them.

When coming up with ways to challenge the players in games, I always try to keep the four phases of a football game in mind when doing so:

This ensures all game challenges align with the game itself and are not just done for disrespectful reasons.

So, if you want to respect the opposition and challenge your players in games that are too easy, then what other methods could you use to mix the game up?

As mentioned above, I asked my team to retreat to the halfway line each time the opposition goalkeeper had the ball.  Why did I do this and what does it encourage? It lets the opposition have space and time to play out from the back. The opposition gains confidence from playing some passes, which lets them progress up the park and take a greater part in the game.

If your team is the “stronger” team then this progress obviously provides another challenge to your team as instead of the striker or wide players winning the ball near the opposition box, the whole team needs to re-organise and win the ball together when the opposition gets near the halfway line.

To put it in other words, the team has gone from a full press because they smell blood, to one that must employ some sort of modified mid-block. This is a different problem for your team to solve and as the opposition are no longer camped in their box, it actually opens up more space to play into. This idea also aligns with the four phases of football detailed above, especially the transitioning to defend part. When the opposition goalkeeper wins the ball, your team needs to retreat to halfway and be organised in doing so. You may not want to defend like this in games as you want to employ a full press. However, how do you want your team to re-organise if the opposition beats your press?You probably want your team to re-organise behind the ball so you can link this to your challenge. How quickly can your team get into their shape behind the ball and then win the ball back again?

When the ball is won back, you probably want to have exit passes (passes to teammates) available, so challenge your players to win it back in an organised manner and to have teammates available in space to pass to when they do so.

Remember, always explain to your players the “why” behind what you are asking them to do and they will buy into it.

Each time you win the ball, you must start again from a defensive zone

This idea is exactly as it sounds, each time your team regains possession, they must pass it back to either a defender or the goalkeeper (one of their teammates, not the opposition!).   So, what's the point in this idea?

If you have a "strong" team then it is highly likely that your defenders and goalkeeper are not touching the ball as much they should be. One way to involve them is to get your team to start again when they lose the ball.

Not only does this get all players involved in the game, but it lets the opposition push up to put more pressure on your team. This in turn leaves space to exploit and attack, and as this is an extremely important attacking principle in modern football, the game starts to look like one you can learn from. Must switch the ball before can score For me, an important concept for young players to understand is that (e.g.) if the ball is on the left-hand side of the pitch, then it is highly likely that there will be space for a 1v1 on the right-hand side. This is how I want my teams to play, learning positional principles instead of patterns of play that can be worked out. If they can move the ball quickly to the 1v1 area, then they are practicing and applying this extremely important attacking concept during the game.

It might sound silly to say, but if youth players can understand these concepts it means that when they get to the adult game, they will have the tactical awareness to match their technical ability.

Opposition can put more players on

In my local league, the opposition can put an extra player on if they are down by 5 goals.   This is great as an extra player or 2 can sometimes make a huge difference to a team and present a different challenge for the "stronger" team. If you are the “stronger” team, this is where good habits will ensure you are not overrun. The players will need to practice their defending and to a greater degree, their transition to defending as they will be outnumbered and might be hit on the counterattack quickly. This kind of mismatched game is where technical players will come into their own. The dribblers will need to even up the numbers by taking people on and making space for their teammates. The team with the extra numbers will also make greater progress in the game and gain confidence.

If one of your players has scored 6 goals in a game and you are winning 8-0 at half time, then it is probably an ideal situation to give the player a turn in a different position.   Similarly, if you have a player who you’ve played in one position then rotating them into a different position would benefit their development.

In some countries, leagues are split by ability level, but heavy defeats for one team still happen all the time. Very few coaches like a mismatch of abilities, but very few coaches manage the mismatch properly. This article presents some ways to challenge your players if you are coaching a “strong” team, but it doesn’t mention how to present these challenges in a respectful manner.

I would suggest that if you know the opposition team is “weaker” then you issue a challenge to your team before the game. If you don’t know the opposition, and after kick-off it is obvious your team is “stronger”, then you can issue the challenge at half-time.  Alternatively, you can tell your captain who can inform the rest of the team. In the past, I’ve made the mistake of issuing the challenge in a very loud manner during games and writing this article has made me realise how disrespectful that is.

“Strong” and “Weak” is stupid anyway

Experienced coaches will know that in some games you are the “strong” team and in other games you are the “weak” team. Abilities are often mixed at younger age groups because of the physical characteristics of players and not technical ability so it’s really important to not get overexcited about your grassroots team winning a game 20-0.

So, next time you are involved in a mismatch of abilities game, you could encourage your team to score double digits, or you could issue a challenge to them which would help not only their development, but the opposite teams’ development as well. After all, without opponents who develop and get stronger, your players will only ever hit a level required to beat the next “strongest” team.

What’s your favourite in-game challenge? Let us know in the comments below.