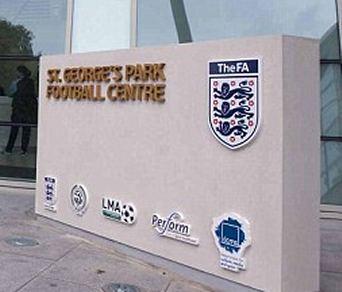 At a time when the English national team seems destined to a future of mediocrity, the Football Association is pinning the hopes of a success-starved nation on the £105 million St George's Park training facility. Located in the rural heart of Staffordshire, this centre of excellence will be the training base for all 24 England squads, and it is hoped that the state-of-the-art facility will improve the ailing fortunes of the senior England team.

The official opening of St George's Park by the Duke and Duchess of Cambridge signalled new hope for the future of the national game, and a quick tour of this impressive facility suggests that there really is genuine hope for English football on the world stage. The primary purpose of the FA's centre of excellence is to improve standards across all age groups. From promising school children to the millionaire superstars of the senior squad, players will be given the expert coaching and guidance they need to improve their technique with the ball - an attribute that has been sadly lacking in the England team over the last 20 years.

As well as a myriad of training pitches, gymnasiums and meeting rooms, St George's Park is equipped to deliver the very latest in sports psychology, sports science and sports medicine. Coaches will also receive world-class training at the facility; aimed at improving coaching methods and practices across all age groups. Every conceivable aspect of a young footballer's development has been catered for at St George's, but perhaps the most impressive aspect of the facility is the sheer range of pitches available.

The senior England squad will have the use of a training pitch that is an exact replica of the Wembley pitch - down to the pitch's dimensions, species of grass and the composition of artificial fibres used. It is hoped that this will give the senior team a huge advantage when playing at home. In total, St Georges boasts an impressive 11 outdoor pitches; 5 of which are equipped with floodlights and under-soil heating. The British weather can often leave training pitches in a sorry state after repeated use, but the FA's inclusion of a full-size, indoor pitch - complete with a 3G playing surface - will ensure the England team always has a quality facility on which to prepare for their upcoming matches.

Of course, there is much more to training than working on ball skills, and St George's Park has been equipped with a range of technological gadgetry aimed at improving fitness and maximising performance levels. An altitude chamber has been designed to expose players to a multitude of playing conditions; something that could prove invaluable for the challenging conditions expected in Brazil next year. A 60-metre sprinting track will allow players to improve their technique, and specialised training equipment will monitor running styles and speed for continual improvement with the help of expert coaches.

St George's Park has been designed to provide every imaginable facility for players and coaches alike, but the inclusion of a brand new Hilton hotel will provide visitors and guests with similarly impressive facilities. The press will get the chance to write their stories, interview players and attend press conferences in state-of-the-art media facilities, and a team of professional caterers and nutrition experts will ensure that players and visitors alike are treated to a range of well-balanced, nutritious dishes.

The exact cause of the decline in footballing standards amongst English players is a matter of much debate. Whilst some ex-footballers believe the blame lies with clubs and their preference for foreign players, others believe the blame lies with how kids are taught the basics of the game at school. Gone are the days when kids could kick a ball around a housing estate from dawn 'til dusk; instead, they are often forced to play on large pitches where they get little time on the ball. Whilst no one expecting St George's Park to be the sole saviour of the English national team, it should provide a very solid basis for a root and branch restructuring of player development in England. 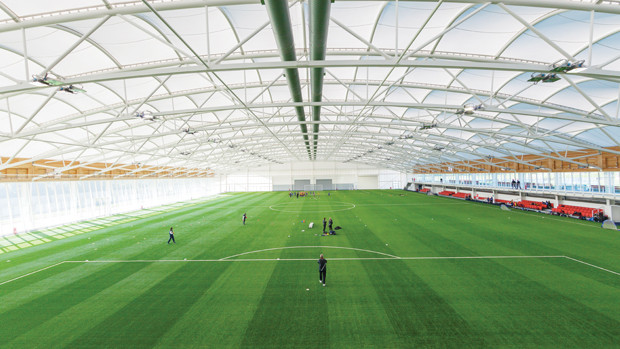 The new centre is not just dedicated to the top flight elite players. Any club can book a training session with an FA Coach and use the indoor 3g pitch. A 2 hour session will cost £30 per person or £20 if your club is FA or County FA affiliated. The sessions include all aspects of football training and can be tailored to suit. The minimum group size is 12 and the training sessions are suitable for all ages and abilities. If you arrive early there will be time for photos on or next to the replica Wembley pitch and inside the 3g facility. For more information visit the FA St Georges Website