How To Explain the Offside Rule To Children 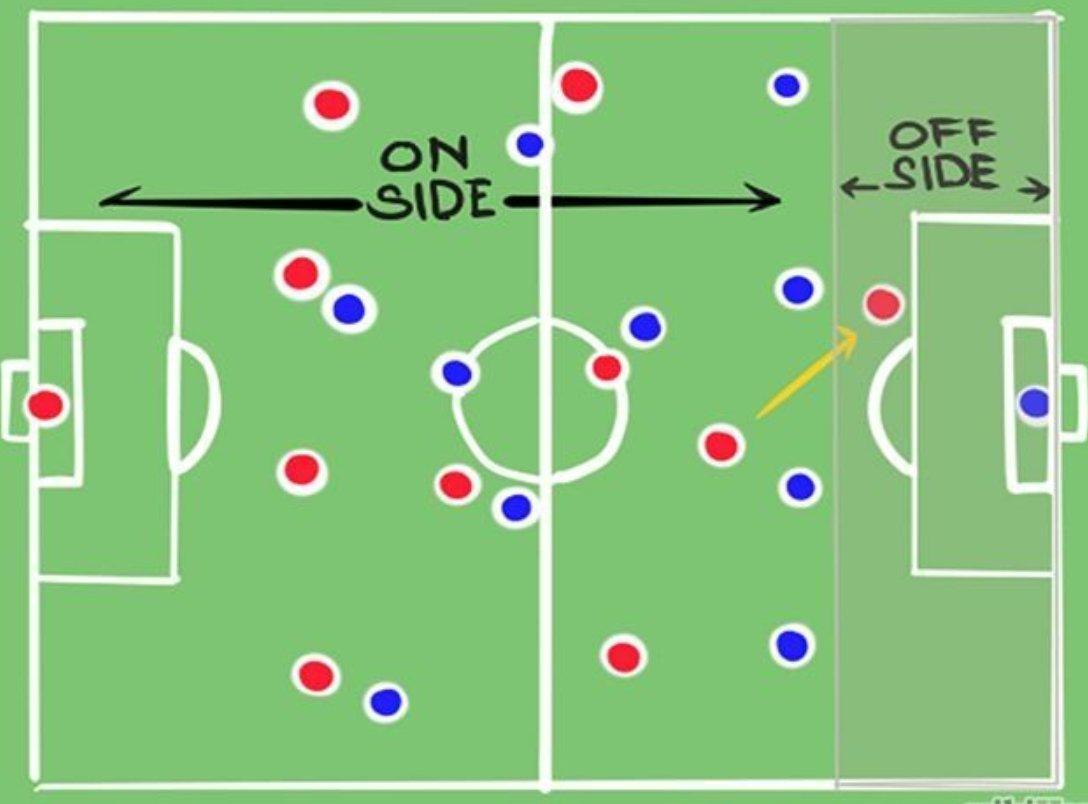 The offside rule is possibly one of the most difficult to understand rules in football, mainly because it is never described simply, so understanding it can be intimidating to kids. However, if you’re a coach there will be a point where you’ll have to try your best to make your young team understand – so here’s a simple guide to explaining the offside rule as clearly as possible!

If we could sum up the rule in one line, it would be this;

Being offside occurs when a player goes behind the line of opposing defenders before the ball has been kicked to them.

Of course, there are a lot more elements to the rule, but that is a good place to start!

It might also help to explain to the kids first, exactly when the offside rule was invented; it was made to stop lazy players lingering around the goal and waiting to score.

There are three conditions that must be met before a player is classed as offside, so it may be worth writing these down on a board:

Try watching a compilation of YouTube videos that show offside players, and get the kids in your team to identify what conditions led to that being the case!

The conditions of being offside are all well and good, but we all know most kids learn better by watching and doing. This diagram is a fantastic way of showing the offside rule:

As you can see above, the player from the red team nearest to the goalie is offside, because he is lingering behind the defenders waiting for a pass.

Get your team to play out this situation, so they can see what it is like to play that situation – they should find it easier to identify in real life this way.

Of course, in a real football match this is much harder to spot, as the defenders don’t stay in a rigid straight line! However, spotting this will only come with practice and by playing, so start to point out offside instances in your young team’s games, and they will start to realise when a player is offside.

Once the team has the grasp of the basics of the offside rule, you need to explain a little more, because a player is not offside by simply standing in an offside position:

The player in the offside position must actually touch the ball by having it passed to him before he is declared to be in violation of the rule, he is also in violation if he prevents another player from the opposing team from touching the ball. This is classed as “Interfering”.

Have the kids play out this situation to understand it, but it’s better when explained after they have grasped the basics!

The offside rule also doesn’t count in the following situations:

Explain to kids that this in any instance where the ball has gone out of play.

If the referee determines a player has committed an offside offence, the opposing team is awarded an indirect free kick, it is the same concept as a regular free kick, but the ball must be passed to another player before scoring a goal.

Later in their training sessions, when your team has a good grasp of when a player is offside, they can be introduced to tactics for avoiding being declared offside, for example:

A player is not offside if they have not crossed the line of defenders until the attacker has passed the ball – they can then sprint to receive the pass on the other side of the defenders.

This may be complicated for younger kids, but it’s a great advantage for your team if they can get the hang of it!