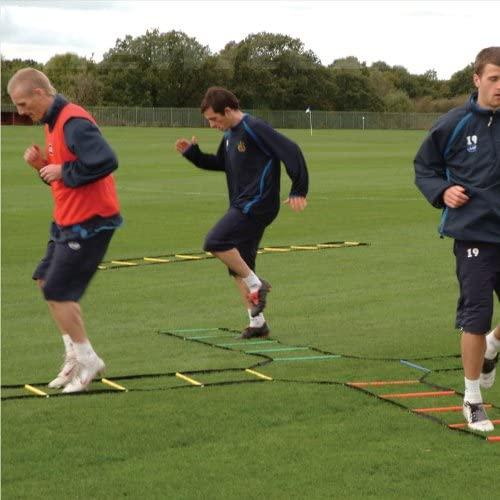 This week's football coaching tip is a game called “Chain Gang” which is great for improving teamwork, strength, and balance. The aim of the game is to have all players link up and create a chain in which they move together around the course.

How to set the game up

First start by setting up two equal areas using football cones to create 3 lines. Once you have done this, split your team in half and give one football to each team. Each team will now have their own course.

How to play the game

The game will start with just one player with more players joining in each time a lap has finished. The players all have to be linked to each other and not break the chain. If someone has fallen behind or is in front, then the chain has broken.

Play the game over again to let each player start first as the first player has to work the hardest. This way you will give each player the opportunity to improve their strength.

If your players have mastered this game then you can make it even harder by giving each player a football each to dribble around the course whilst still keeping the chain.

Have you played the Chain Gang with your team? If so, did you notice an improvement in teamwork and balance during matches? Let us know by leaving your comments or by tweeting us @TheSoccerStore.

You can also find us on Facebook to find more football coaching tips.