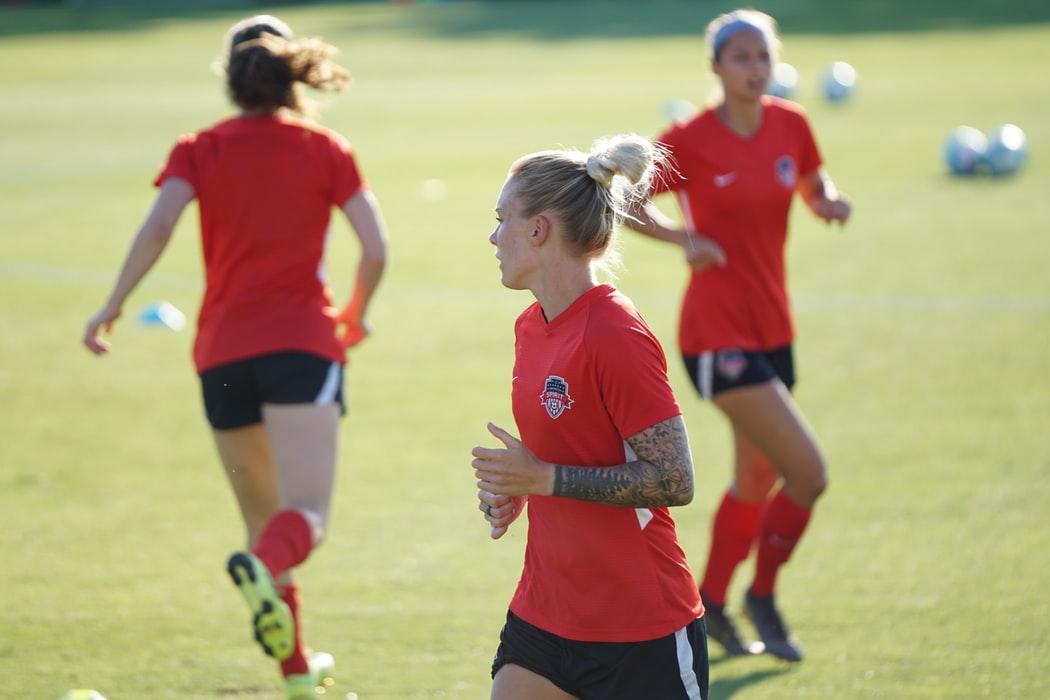 The Bleep Test, also known as the beep or multistage fitness test, is a method of testing the fitness and aerobic capacity (stamina) of an athlete. It is used by military and police organisations worldwide. From a football point of view, it is an extremely useful tool to determine the fitness of a player.

What is The Bleep Test?

The Bleep Test is a tool used by coaches to estimate a player’s maximum athletic aerobic capacity. This capacity is often referred to as VO2. VO2 is the maximum rate of oxygen consumption measured during incremental exercise; that is, exercise of increasing intensity. Footballers, as all athletes, need to have a high level of VO2 as this is a good indication of stamina

The test itself involves running between 2 cones (or other type of marker) that are 20 metres apart. The signal to run from one cone to another is set by an audio recording.   The audio recording is available via CDs, mobile phone apps, and even YouTube videos, and more information on where these can be found is below. The recording itself will make a bleep or beep noise to indicate the start of the next run and the idea is for the players to run between the cones before the next bleep goes off. 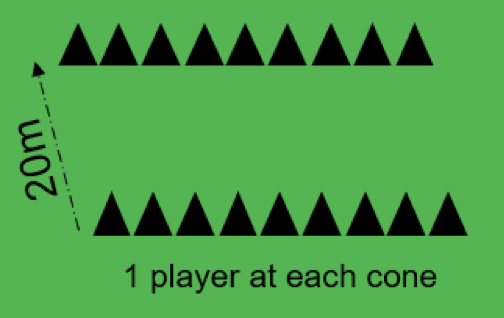 Making it from one cone to the other is called a lap. In the Bleep Test, there are seven laps in level 1. As the test proceeds, the interval between each bleep/lap reduces as you go up the levels. The number of laps also increases as you go up the levels. Anyone who has done a Bleep Test will tell you that it is an extremely tough test to do; both physically and mentally. And anyone who has done the Bleep Test has their own story about it!

The beauty of the Bleep Test is that it is so simple, and inexpensive, to setup. You just need the following:

Once you are setup, you start the Bleep Test audio (via one of the methods listed above) and the players move to the first cone. This run counts as Level 1, Lap 1.

The next time the audio bleeps, the players move back to the first cone. This run is Level 1, Lap 2.

If the players are still moving between cones after Level 1, Lap 7 then they are now on Level 2. Instead of 7 laps, level 2 has 8 and the time between the bleeps decreases!

Here is the full list of levels, laps, times and distances: As you can see from the table, the speed required for later levels is extremely quick and the rest time decreases to virtually zero (depending on your speed). This constant shuttling back and forth works on turning and being efficient with your turns, which is also extremely important in football. If the turns are too wide, then valuable seconds are eaten up.

If a player cannot make it to the cone before the bleep goes off, then they are finished, and the test is over for them. The level and lap the player gets to is recorded and can be used for future comparison.

Here is a table of the minimum score required to gain entry to various organisations:

What’s the Benefit of The Bleep Test?

The biggest benefit of the Bleep Test is that it will always help young players develop a sense of pace. In the initial levels, player can make the bleep by walking fast or at a slow jog. Instead, if players sprint the laps and use the free time to recover, then they will use a lot more energy in the sprint than if they pace themselves.

Another huge benefit of the test is psychological, as it is not a case of sending players running around a park or up some sand dunes (!). Instead, they are running 20 metre shuttles back and forth so the distance between the cones is less daunting. Also, in the later levels, it takes a lot of mental strength to not give up, especially when you see others give up around you.  Mentally you are thinking that you are not last, so it is fine to give up. In the test, the strength required to keep going is considerable.

Another benefit is that the test will give an indication of aerobic fitness via recording VO2.   As mentioned at the start of this post, footballers need to have a high level of VO2 as this is a good indication of stamina. There are several calculators available online where you can enter your age and Bleep Test score, these will give your VO2 max. One such calculator can be found here https://www.topendsports.com/testing/beepcalc.htm

As with everything, preparation is key. Failing to do a warmup before the Bleep Test is not advised. Instead, just spend 5 to 10 minutes jogging and stretching so your muscles respond better to the stress the Bleep Test will put them under.

Turns are also massively important in the Bleep Test. You do not want to turn in an inefficient manner, wasting precious seconds and energy. Instead, you want to turn by springing off of one foot, turning and then heading in the other direction (like a quick change of direction in football).

The Bleep Test is a good way to measure your aerobic fitness and the fact that it is in use in many major organisations around the world is testimony to its reliability.

However, footballers should not forget about their anaerobic fitness, where the muscles are trained to perform short bursts of high intensity activities like sprints. They should also not neglect their leg strength and flexibility, all of which will enhance their fitness and sprinting capabilities.