What does it take to be spotted by a football academy scout? 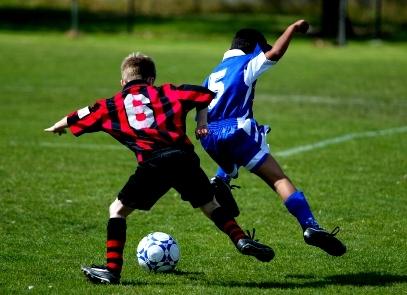 What are scouts looking for from young players on a Sunday morning? Which attributes, personality traits and raw skills set kids on the road to footballing stardom?

Given the money the top footballers now earn, it is hard to imagine that the likes of Lionel Messi, Cristiano Ronaldo and Gareth Bale once plied their trade in school teams and in their local parks. Every professional footballer was, at one time or another, spotted by a talent scout - usually working for or on behalf of a professional club. So, what are scouts looking for from youth players on a Sunday morning? Which attributes, personality traits and raw skills set kids on the road to footballing stardom?

According to Manchester United's Chief Recruitment Officer Geoff Watson, the most important characteristic to look for in a young footballer is technique. The ability to take a ball under control instinctively is usually a skill that is developed at a very young age, but technique means so much more than that.

The best youngsters will know exactly what they are going to do before they even receive the ball. Looking for the next pass, controlling the ball under pressure and decision-making are all vital components of a technically gifted player, and they are the first things most leading scouts will want to see. Unfortunately, due to the lack of school football being played in the UK, and the extra distractions youngsters now have in their lives, technique is an increasingly rare commodity in the British game - the fortunes of the four home nations provide evidence of that.

Many outsiders and fans believe that the players with the most intricate tricks and juggling skills catch the eye of professional scouts. While that may be true in the first instance, all scouts will want to see evidence of those skills being applied to real games in pressurised situations. Technique is not just about ball control alone, it involves applying that skill and using imagination in the heat of competition. These are the rare qualities that differentiate promising young players from future superstars.

The modern game is quicker than ever, and it is very difficult for youngster who lack pace to make it in the professional game - regardless of how talented they are. Pace gets players out of trouble, puts pressure on the opposition and gives teams an immediate competitive edge. Scouts understand that pace develops throughout childhood, but kids who can demonstrate their pace at an early age will always catch the eye of scouts - if they have the technical skills to accompany their speed. Pace and growth are monitored closely by professional academies as youngsters grow older, but lightening pace at the age of 7 or 8 will at least arouse the interest of onlooking scouts.

Particularly for offensive-minded players, movement is critical, and scouts are looking for a natural desire from kids to find space and look for opportunities to get the ball. Much like a game of chess, scouts also want to see evidence of youngsters thinking three or four moves in advance. The ability to read the game and show a natural intelligence for football are often characteristics that cannot be taught. Whether they have the ball or not, kids who are constantly thinking about movement and the flow of the game will impress professional scouts.

History is strewn with the failed careers of exceptional players who simply didn't have the mental strength or discipline to make it big in the game. Similarly, players like Bryan Robson, Robbie Savage and David Batty who really had to work hard at making the best of their talents were able to succeed because of their ability to work hard and stay mentally strong in the heat of battle. Scouts will watch kids closely during the course of a match. They will want to see how those kids communicate with their teammates, and they will be looking for evidence of a positive attitude towards authority. It is not unusual for talent scouts to speak personally with coaching staff in order to develop an understanding of a player's character and personality traits.

Very few kids will make it through their academies and achieve a professional contract. The simple truth is that thousands of gifted players fail to make the grade in Britain every year because they simply don't have the drive, determination and mental strength to succeed. Scouts are keen to see raw talent, but the sign of a truly great player is the ability to perform on the field of play in the midst of competition. Being talented alone is not enough to impress a scout; young players must demonstrate all the desirable traits of a footballer on the field of play - otherwise they will simply blend into the background.