What Effects Does Alcohol Have on Footballers? 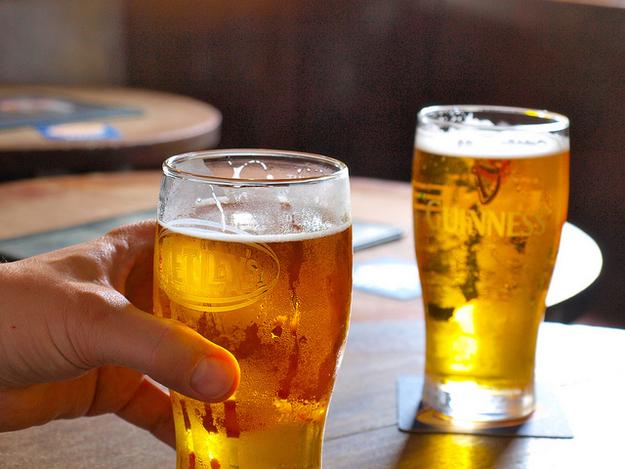 Having managed and played at the very highest level, Fabio Capello knows only too well how drinking alcohol to excess can affect the performance of footballers. During the build up to a friendly with Ghana at Wembley, Capello purportedly pleaded with striker Andy Carroll to curb his drinking habits. Whether Carroll heeded that advice or not, the former Newcastle United and Liverpool striker has certainly failed to reach his true potential.

Too many fantastic footballers have had promising careers cut short by the demon drink. The likes of Paul Gascoigne and Paul McGrath achieved a great deal on the pitch, but what heights could they have reached had they limited their alcohol intake during seasons?

It is impossible to drink to excess within a few days of training or match action and still be at the top of your game. The next time you’re tempted to head out for a night of heavy drinking, consider the effect your drinking could have on your game.

Excess alcohol in your system can contribute to higher-than-normal levels of lactic acid in your muscles. Lactic acid is produced when your muscles burn sugar, and the rate at which it is produced increases when there is alcohol in the bloodstream. So, if you’ve been downing beers the night before training, expect to be in a lot of pain by the end of a rigorous session.

Having alcohol in your system increases swelling around joints and speeds up the bleeding process. If you take a knock or suffer a cut during training or match action, you’re far more likely to develop a serious injury with alcohol in your system. If you’re playing under the influence of alcohol, you might also be desensitised to pain - which could lead to a situation whereby you exacerbate an injury by simply playing through the pain.

It is against the law to drink and drive because alcohol impairs your judgement, affects your spatial awareness and decreases your reaction time - and the same issues can affect you on the pitch. Alcohol is a sedative, and it can hinder your ability to react to loose balls, scoring opportunities and defensive situations.

Alcohol actively reduces your body’s production of a vital anti-diuretic hormone, which makes you pee more, gradually causing dehydration. The effects of dehydration on your game can be wide-ranging - affecting your energy, stamina and decision making.

Having alcohol in your system causes the blood vessels near your skin to dilate. This means precious heat is taken away from your organs and is lost to the air. When you’re playing football during the infamous British winter, this heat loss might be hugely detrimental to your performance levels.

Your body needs sugar from glucose in your blood to perform at its best. Glycogen stored in the liver is used for energy reserves during rigorous activity. However, if your liver is busy processing alcohol in your bloodstream, it won’t be able to produce the sugar you need for energy - leaving you feeling drained and lethargic.

As a result of the dehydration caused by alcohol, your body will be unable to absorb the calcium, potassium, zinc and magnesium it needs for maximum performance. This can exacerbate your feelings of lethargy, and stop your muscles from working as they should.

Alcohol interferes with the body’s ability to convert food to energy, which means you won’t have the sugar in your system needed to power you through a training session or match. When this situation combines with a build-up of lactic acid and dehydration, it can lead to drastically reduced aerobic performance. You will find yourself out of breath unusually quickly, and you just won’t be able to perform at anywhere near your best.

Like most things, enjoying alcohol in moderation can be good for your overall well-being. However, you should never drink within 48 hours of a match or training session, as the effects of alcohol can drastically diminish your ability to perform on a football pitch.