What is to Blame for England's Lack of Technically Gifted Footballers? 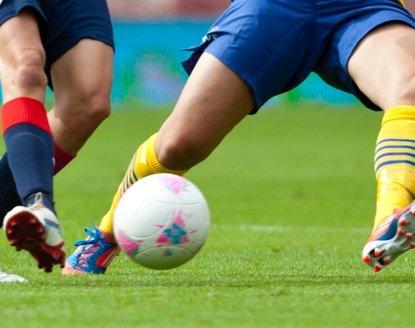 Being an England fan isn’t easy – especially when the likes of Spain, the Netherlands and Germany seem to have a perpetual supply of technically gifted players to pick from. Watching the Spanish win two European Championships and a World Cup in recent years has demonstrated just how far behind our young English talent really is on the world stage.

But why is there such a dearth of talent in the country that gave the game to the world? Is it a lack of funding from the FA or the Premier League? Or is it simply the price we have to pay for a society that is increasingly reliant on technology?

Jumpers for Goalposts are Just a Distant Memory

The greatest players ever to grace the world stage – Pele, Eusabio, Best, Cruyff, Maradona, Gascoigne, Messi, Ronaldo and others like them – started their footballing journey in the streets. They played with threadbare footballs on roads, wasteland, small patches of grass – anywhere that was flat and large enough to host a quick game of five-a-side with friends. However, this culture of ‘jumpers for goalposts’ has been changing since the late 1970s in England.

Why? Well, there are more cars on the roads for a start. There are also far more things to tempt kids when they’re not at school. If the youth of today aren’t on their Playstations they are Skyping, Tweeting, texting, following and all the other weird and wonderful things they do over the Internet. There simply isn’t the time for football anymore. According to Sport England, football is now only the fourth most popular participation sport in the country, after athletics, cycling and swimming. The reason for this is probably because there are world class facilities available for these other sports, where football is still a relatively low-tech activity.

How many times have you seen parents screaming from the touchline during local youth matches? The same comments and commands can be heard on pitches all over England every weekend.

These comments are not at all helpful when it comes to developing technical skills at an early age. Our kids are not being encouraged to retain possession and use touch as their biggest weapon. Long balls, tough tackling, speed and strength are still the priorities in schoolboy football. And until this changes, we simply won’t be capable of producing our very own Iniesta, Messi, Suarez or Pirlo.

The Wrong Priorities in Professional Academies

Did you know that under-14s now have their own Premier League in England as part of the FA’s Elite Player Performance Plan? While this will instil a competitive edge in our young players, it may do little to improve touch and control. Instead of practising and honing technical skills, our kids are playing competitive matches. Technique should take priority – these children have a lifetime of competitive action ahead of them, so why overload them with it at such an early age?

The Overriding Desire to Win

According to former Arsenal midfielder Patrick Vieira, youth football in England is too preoccupied by the need to win. In many cases, youth players are brought up with the ethos of winning at all costs from as young as ten. But this is a very short-sighted approach. Winning might entail a team camping out in its own half and scoring from long clearances. It may mean crunching tackles and winning through sheer aggression. We must get the message across to our youngsters that losing is OK at 12, 13 and 14 – as long as lessons have been taken from every defeat. Far more important is to learn how to apply technical skills picked up in training during the heat of battle.

The underfunding of grassroots football is something of a political hot potato at the moment. Following Sport England’s cut to the FA’s grassroots schemes, falling participation at local level and widespread boycotts organised by the Save Grassroots Football campaign, the FA, the government, the Premier League and several grassroots organisations are now at war over exactly how to reverse the current trend. Meanwhile, pitches are over-priced and falling to pieces. Facilities are rotting, and local clubs are winding up at an unprecedented rate.

Kids faced with the prospect of playing their football in such dreadful conditions are looking elsewhere for their sporting activity. They are turning to cycling and swimming in increasing numbers. And even when they are choosing football, it’s at a far older age than ever before – often too late for world class technical skills to be taught.

Of course, England has some fine young players to choose from, but are they really as good as those being produced in Argentina, Spain and the Netherlands? The FA has built a multi-million pound training facility, instigated the heavily criticised Elite Player Performance Plan and poured millions into local leagues, football initiatives and carefully chosen facilities. But the answer to the obvious lack of technical ability in England is probably a simple one. Let children be children; give them somewhere to play from an early age, and teach them the basics of ball control. Maybe then we call all start dreaming about bringing home a second World Cup to the birthplace of football.