Can the Continental Approach to Football Coaching Work in England? 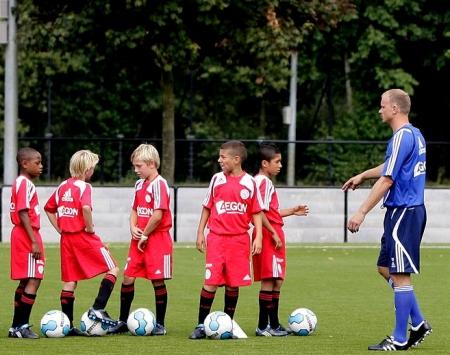 Despite decades of resistance, it seems that Premier League teams and the Football Association are finally coming to the conclusion that the continental approach to training and coaching delivers more rounded, technically gifted players. The European way has always involved a more holistic approach to the development of young players, and the recent domination of the World Cup and the UEFA European Championships by France, Spain, Italy and Germany is testament to the fact. But are the top British clubs, and the country’s youth, ready for such a dramatic change of culture?

The hugely successful Ajax academy gives youngsters the chance to take part in a myriad of sports, including athletics, judo and gymnastics. The Dutch football authorities want their kids to have fun whilst developing, so they set aside around 45 percent of a child’s week for non-football activities. Not only does this keep the kids hungry for the game, it allows them to develop in other ways.

Unlike the English game, the importance of winning games at under-12 level is played down. Between the ages of 12 and 15, as much as 35 percent of a child’s football coaching is dedicated to improving coordination, stamina and control. According to Ajax’s strength and conditioning coach Rene Wormhoudt, children are four times more likely to suffer an injury if they stick to football alone. This explains why basketball, handball and dodgeball are played extensively in academies throughout the Netherlands.

The principles of so-called total football are simple: they involve control, passing and movement. However, they also involve a player’s understanding of the entire match, and not just their own role within it. To that end, the Ajax academy ensures that all players are given the chance to play in an unfamiliar position at least once a week – including in goal.

This would be a revolutionary concept if introduced throughout the British game, but there is tangible evidence to suggest it could succeed. According to Barcelona’s head of knowledge management Raul Pelaez, Andres Iniesta perfected his craft by developing a thorough understanding of every player’s role. Such is the scale of Iniesta’s talent, Pelaez believes the Spanish starlet could have played for Spain in every position on the pitch other than in goal.

Ajax and Barcelona have shown just how far a holistic approach to coaching can take a team. Both of these clubs managed to completely dominate the European football scene in a way that no other club has managed to do. Even the likes of Real Madrid, Manchester United and AC Milan had to invest heavily in their squads on the transfer market in order to achieve success. These exceptional clubs from the Netherlands and Spain achieved the feat through their revolutionary approach to coaching and training, and they have proved that money can’t compete with an unwavering approach to child development. What do these clubs have in common? Amongst other things – Louis van Gaal.

Van Gaal’s Appointment at Manchester United Could Be Key 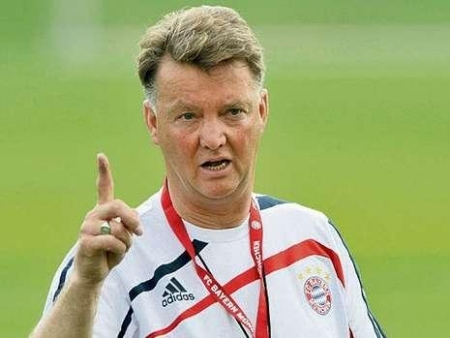 Manchester United’s new manager Louis van Gaal was credited has been widely credited with building the legendary Barcelona side that featured the likes of Iniesta, Xavi and Puyol – all of whom were kids in the Dutchman’s academy system. His approach to coaching involves nurturing talent from the age of eight, and ‘building’ a footballer over many years.

Van Gaal’s approach, and the official approach of the KNVB (the governing body of the professional game in the Netherlands), involves giving youngsters a more rounded development. Historically, youth development in England has centred on game time, competitive action and generalised training sessions. However, the ethos in the Netherlands involves giving kids the opportunity to develop their physical capabilities as well as their technical skills. This is perhaps why the former Barca and Ajax boss has been given the job at Old Trafford – and why the likes of Chelsea and Manchester City should expect the re-emergence of Manchester United as a real force in the Premier League.

Louis van Gaal believes that, at the senior level, regular and honest communication is a key element to the coaching process. At Ajax, he lengthened training sessions on Mondays in order to ensure players were given the opportunity to discuss the weekend’s game in a brutally honest and open way. This ethos is also extended to training drills. Rather than concentrate too much on the specific drills during training sessions, van Gaal uses them to get his ideas across – he encourages the players to continually assess their strengths and weaknesses in relation to what is required during a match.

The outspoken Dutchman has been mocked in the press over the years for his love of teambuilding, but it is something he has always believed in. A famous photo of the Ajax players heading a ball around whilst holding hands was lampooned in the press at the time. But he believes that players should understand that – no matter how technically gifted they are – they are only a small cog in a large wheel. At a time when the most high-profile strikers in the Premier League dominate the headlines, this way of thinking could deliver enormous benefits at Manchester United.

One of van Gaal’s most controversial ideologies centres on fitness – and this is going to be one of the biggest culture shocks experienced at Old Trafford. He believes that mental fitness is equally as important as being physically fit. Whereas English players have historically been trained for endurance, van Gaal suggests that long, arduous runs build a certain type of muscle tissue, which can actually hinder a player’s ability to remain supple and flexible. He believes that interval training is the way forward. Not only is it less strenuous, it is more enjoyable for the players. The former Ajax manager was a pioneer of this approach to fitness amongst football players, and the Manchester United players should prepare themselves for something very similar next season.

It has taken five decades of underachievement at international level for the FA and the game’s elite to change their ways, but it seems like the message is finally getting through. The recent overhaul of the youth game in England, and changing priorities at professional academies, should mean we can all look forward to a more competitive England national team in the future. In the meantime, as the Premier League continues to be dominated by foreign coaches and managers, it seems that the continental approach to football coaching is already here – and that surely has to be a good thing.

UEFA’s Fair Play rules, along with the ticking time-bomb that is club debt within the Premier League, means it is in the interests of top clubs to develop youth talent within their own communities. Manchester City has invested £200 million in a continental-style academy. And while that may seem like a small fortune, it is dwarfed by the £450 million already spent on players at the Etihad. Therein lies the real benefit of adopting the continental approach to football coaching.