Can England's Success in the Women's World Cup Rub Off on the Men's Team? 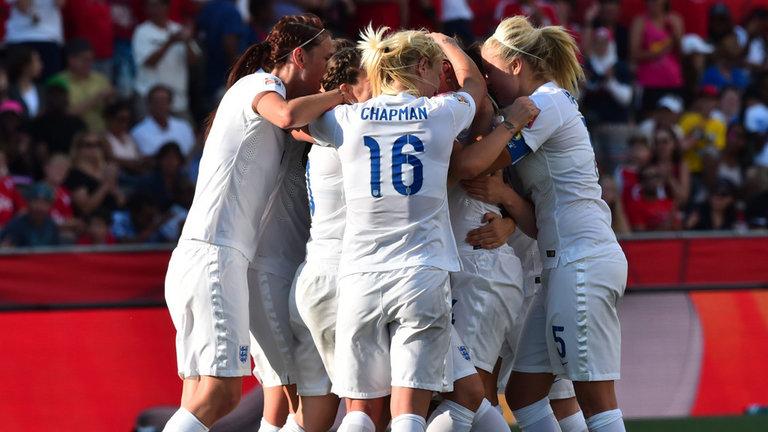 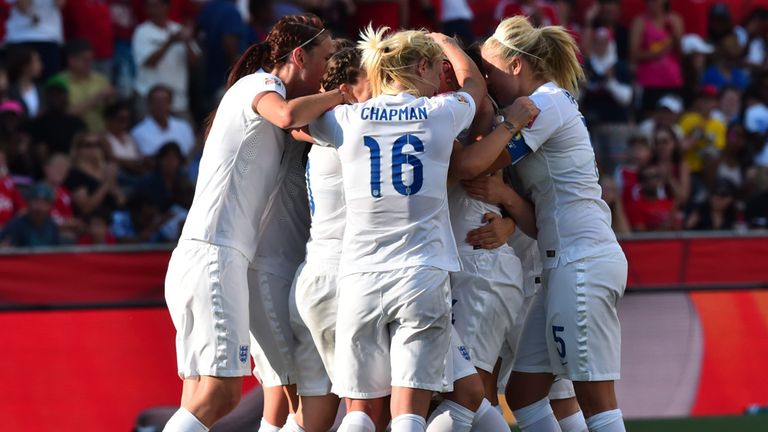 When the England women’s team lost their opening game of the 2015 Women’s World Cup, an entire nation rolled its eyes and said: “Same old, same old.” However, since that loss to France, the English ladies have been showing the men what competing in a major finals is all about.

Following a fantastic victory over Canada to reach the Women’s World Cup semi-finals, England’s ladies are proving that hard work and dedication can make underdogs a force to be reckoned with. So, can the men learn anything?

At first glance, there were some striking similarities between England’s 2-1 win over hosts Canada and the men’s team’s recent performances in major finals. According to the official stats, the passing accuracy of the England women’s team is among the lowest in the tournament. Ring any bells?

There was a distinct lack of quality on display in what was a hard-fought encounter. Both of England’s goals were caused by lapses in concentration from the Canada defence, and a goalkeeping howler from Karen Bardsley almost cost England dearly. But credit where it’s due: the women fought bravely and pulled off an unlikely victory - despite a lacklustre performance.

The main difference between England’s two national teams seems to involve belief. While both have some stark technical deficiencies at present, the women have been able to pull together, grind out performances and secure wins when they haven’t played particularly well. On the evidence of the last FIFA World Cup in Brazil, grit and determination aren’t attributes that can be associated with the men.

Since its inception in 2011, the Women’s Super League (WSL) has gone from strength to strength. Where once the ladies’ game was dominated by Arsenal on a perennial basis, the likes of Liverpool, Chelsea and Manchester City have all invested heavily - and created an exciting and more competitive domestic league as a result.

The PR specialists in the women’s game will point to a 30 percent increase in attendances and a major TV rights deal as evidence of the game’s surge in popularity. But to put this into some perspective, it’s worth remembering that the average crowd in the WSL last season was less than 800 - despite a huge percentage increase on the previous year.

The clear difference between the men and women of English football may well be the priority given to the national team. Whereas international breaks are often regarded as unwanted distractions to the multi-millionaire players and managers of the Premier League, they are very much regarded as the ‘bread and butter’ of the women’s game.

To be fair to the men, the public’s appetite for the international women’s game appears to be far more substantial. According to the BBC, almost 11 million viewers have watched at least 15 minutes of coverage from the 2015 Women’s World Cup. The BBC Sport website attracted 600,000 hits on its live updates of the Canada versus England match, which was more than recent England Under-21 match coverage achieved. And an estimated 1.6 million people tuned into BBC One’s live coverage of England’s game with Canada in the early hours of the morning.

Remarkably, the same issues that afflict the men’s national team seem to be apparent in the women’s. But whether it’s because of greater public support or sheer underdog status, there seems to be a greater togetherness and steely determination among the ladies. Playing in front of crowds of around 500, week after week, can be a humbling experience for our female players. Perhaps it is this humility that has been the driving force behind the ladies’ never-say-die attitude. One thing’s for certain: the women look like they’re enjoying the World Cup experience in Canada far more than the men did in Brazil last year.

So, what can the men learn from the England’s women’s football team? Well, perhaps they could learn that the expectation of a nation can be used as a positive driving force - instead of a burden or hindrance. Perhaps England’s men can finally accept that they aren’t in the same league as Brazil, Spain and Germany when it comes to technical ability. England’s women are playing to their strengths, and although it isn’t pretty, it’s proving effective.

Give England’s female players the same facilities, rewards and access to the world’s best coaches the men have, and who knows what they can achieve.