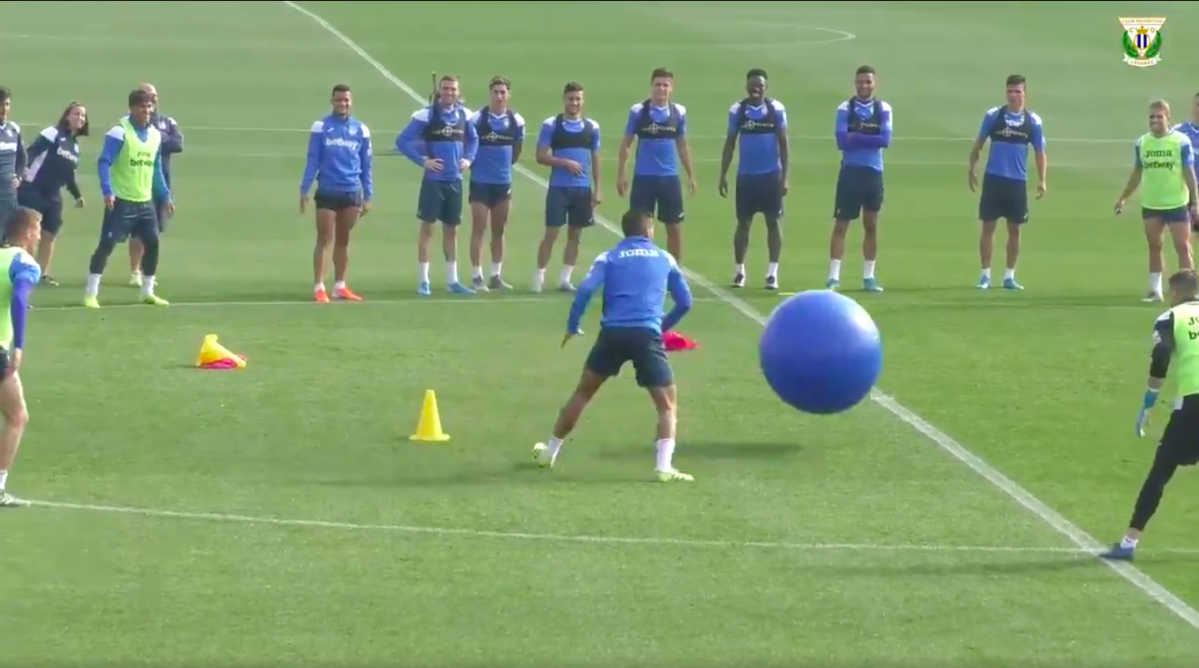 Sometime the same old boring training drills just don’t cut it. Players get fed up and lose interest. La Liga side CD Leganés have come up with a routine that has attracted a lot of interest and their players seem to really enjoy it.

The Spanish Club have use some exercise balls from their gym along with 4 traffic cones and some football bibs to create a dodgeball game of giant proportions. Players on opposing side try to pick a football bib off each cone and get home before being struck by one of the giant exercise balls kicked at them from every angle.

The players must duck, dodge and dive to avoid the exercise balls whilst trying to grab all four bibs from each cone. Who knows which of their coaches came up with this crazy idea but it is sure to get their players warmed up as they chop and change direction. Why not have a go yourself?
The football bibs can be purchased from The Soccer Store and the Gym ball from Precision Training