Fall of the Titans 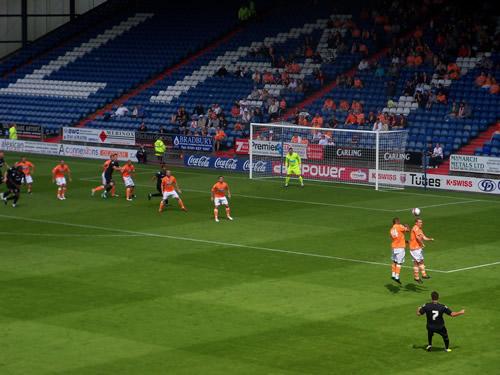 Premier League: Then and Now

If you listen to the critics, the elite level of football is a closed shop nowadays, with the same teams competing at the top every year. But it hasn’t always been like this – since the 1991-92 season, an incredible 49 teams have graced the country’s top division for at least one season. The likes of Manchester United, Liverpool and Tottenham have been there since the beginning, while Aston Villa’s 24-year stay looks to be coming to an end; but what about the teams who fell out of the top tier and never made it back? We’ve taken a look back through the past 25 years of top flight football at ten teams who used to grace the top tier, comparing their heyday to where they are now - taking in a variety of statistics from their most successful season in the top flight and their most recent season in the lower tiers. We’ve compiled a wide range of data related to everything from transfer fees and crowd sizes to league positions and goals scored, in order to show you just how much things can change.

The glitz and the glamour

If you’re going to discuss falls from grace in English football, there’s really only one place to start: Leeds United. In the 1991-92 season, the year before the Premier League was formed, a star-studded line up containing Eric Cantona, Gary Speed and Gary McAllister swept to the league title in style, and remained in the division for over a decade longer, even reaching a Champions League semi-final in 2000/2001. As chairman Peter Ridsdale famously stated, Leeds were ‘living the dream’ – but a series of poor investments turned the dream to a nightmare, leading to relegation to the Championship and even League One. Although Leeds returned to the second tier in 2010, they’ve been stuck there ever since, with the Elland Road faithful – average crowd 21,534, compared to 37,579 at their peak - now putting their faith in young hopefuls Lewis Cook and Alex Mowatt, rather than foreign stars like Mark Viduka and Harry Kewell.

While Leeds’ decline was heart-breaking for the fans, they were never in any real danger of going out of existence – but for Portsmouth, that became a terrifying possibility following relegation in the 2009-2010 season. At their best, Portsmouth attracted a number of big-money players including Jermain Defoe, Peter Crouch and Sulley Muntari and won the 2007-2008 FA Cup in style - but as the debt mounted up, the club were soon forced into administration and suffered the embarrassment of three relegations in four years. This depressing tale does at least have a happy ending, though – the club are now owned by the fans, and are starting from the bottom up, consolidating themselves in League Two where, despite the lower standard of football on offer, they continue to pull in crowds of over 16,000 – less than 20% beneath their Premier League average!

Over the past 24 years since the Premier League began, only a handful of teams have won the competition – Manchester United have hogged the majority of titles, with Arsenal, Chelsea and Manchester City sharing most of the remainder. Except for one incredible year in the mid-90s when unfancied and unfashionable Blackburn Rovers, funded by local businessman Jack Walker, wrote their name in the record books. Although no match for the billionaires that now own all of the country’s top clubs, Walker invested heavily in his dream of turning his club into something his hometown could be proud of, and big money signings Alan Shearer and Chris Sutton combined to score the goals that pushed Blackburn to glory, pipping United to the title on the final day of the season.

There was to be no repeat, though, and Blackburn slowly melted back into mid-table obscurity before dropping into the second tier in 1998-99. Blackburn have bounced between the divisions ever since, and nowadays are a middling Championship club with little hope of promotion and an average crowd of 13,662, barely half of the 25,272 during their title-winning campaign.