Why isn't professional football / soccer popular in the America? 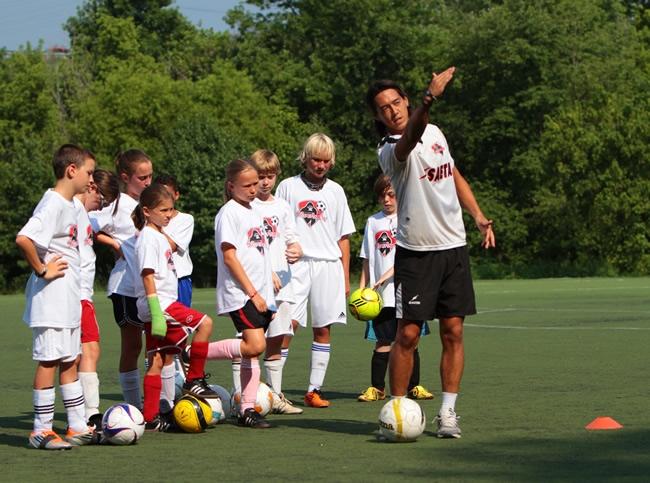 Why Are Huge Participation Levels in Grassroots Soccer Not Being Reflected in America’s Professional Game?

Driving around the streets of a typical urban area in the United States is a sobering experience for an English football fan. This is because it’s not baseball and American football pitches that litter the landscape – but soccer pitches. So why is a country that is so in love with sport not producing world class footballers who are capable of excelling on the world stage? Look beyond the anecdotal evidence, and the problems facing the game in the States are unique to this huge nation. Soccer is still very much a child’s game in the states. Although the MLS has made great strides in recent years, it is still dwarfed by the holy trinity of American sports: Baseball, American Football and Basketball. So once puberty hits, the allure of untold wealth and fame often pulls young players away from soccer. And in the case of both American football and baseball, development can start at a far older age than for a professional soccer player.

Incredibly, there are 650,000 players registered with the American Youth Soccer Organization (AYSO), and United States Youth Soccer has more than three million. Yet it seems that a combination of peer pressure, pushy parents, soccer’s image as a kids’ game and the incredible amount of TV coverage America’s mainstream sports get means that all but a handful of these 3.65 million youngsters choose not to play the game beyond the age of 14.

Soccer in the U.S. is very much the domain of the summer. With basketball, hockey, baseball and American football to contend with, youth soccer leagues have been forced to split their season into two halves. The first part of the season is played between mid April and the end of June, and the second half takes place over September and October. This shortened, disjointed season makes it easy for kids to drop out of local teams – particularly when the distractions of adolescence arrive.

A Lack of Coaching Talent

Despite the huge number of kids playing soccer in America, too many coaches are disinterested, unqualified parents who are taking on the role for social reasons. And parents who do show a genuine interest fall into the norms of American sports too readily. Coaches calling time-outs to discuss ‘plays’ and specific ‘strategies’ is a common sight on American soccer pitches, and it detracts from the soul and essence of what is supposed to be a free-flowing game.

The United States Soccer Federation has developed a sophisticated scouting system that encompasses all 50 states, but it seems that a lack of coaching know-how is to blame for a dearth of talent. A defensive American footballer or a big-hitting baseball player will often secure a professional contract after only two or three years of playing. So until ordinary Americans realise that aspiring professionals need to take up soccer at the ages of six and seven, it is unlikely that things will change.

Despite the setting up of 20 MLS academies, many Americans believe the pathway to a career in professional soccer involves a college scholarship – in much the same way as baseball, basketball and football stars go about achieving their dreams. Another perceived route is the ubiquitous ‘soccer camp’, which professes to teach kids all they need to know about the game in four to six weeks. And very few schools include soccer in curricular sports programmes for kids over the age of 11. Until there is a clearly defined pathway into the professional game, it seems that the USA will continue to punch well below its weight on the international stage.

Hope for the Future?

While the USA still struggles to produce its fair share of quality footballers, capable of playing in Europe’s top leagues, there are signs that the winds of change may be blowing through the corridors of power. NBC recently signed up to a three-year deal to show English Premier League matches live, and there are rumours that four new teams are poised to enter the MLS, including David Beckham’s controversial Miami franchise. It should also not be forgotten that the USA is now a regular participant in World Cup Finals tournaments.

Americans approach their sport differently to the rest of the world. A trip to see the New York Yankees or the Dallas Cowboys is not just about the sporting competition; it is about socialising and family days out. Go to a Major League Baseball game, and you’ll find very little evidence of people getting involved in the action – unless someone reaches a base or scores a home run. In fact, the fans are often doing everything other than actually watching the game.

Americans like their action in five-second bursts. Achieving a first down, scoring a touchdown or hitting a home run is very exciting, but these events are usually sandwiched between long periods of inaction – time used for socialising, ordering food and generally having a great day out. And herein lies the problem: Soccer will always struggle to compete for the affections of ordinary Americans at the elite level. Until the status quo changes, the world’s richest country will continue to languish amongst the also-rans of the game.