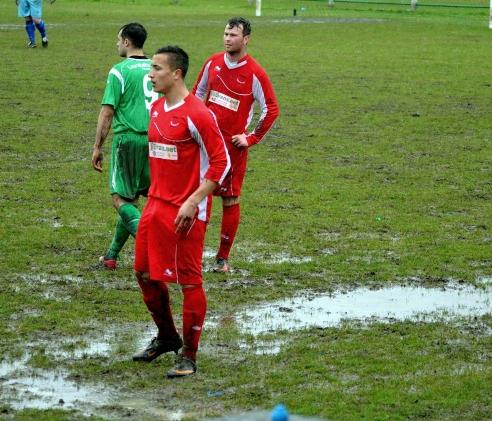 A recent Sky News report uncovered the true scale of the funding crisis threatening the future of grassroots football in the UK. Between 2007 and 2013, spending on facilities by local councils fell from £5.9 million to £4.9 million, which represents a 17 percent cut in seven years. And while the fact that spending on pitch maintenance actually rose during the same period is welcome news for local clubs and associations, there can be little doubt that the future of the grassroots game is in serious doubt.

At a time of government austerity, can local councils do more in their local communities to promote participation in football? Or are their hands tied by the need to make savings wherever possible?

Despite slashing the money they’re investing in the grassroots game, it seems that local councils are taking the issue very seriously indeed – some would say more seriously than the Premier League is. The Local Government Association recently called upon the world’s richest league to devote more of its £3 billion-a-year income to local facilities and community-based programmes. It also called for an increase in funding from the Football Association, which enjoys a turnover of around £300 million per year.

There has been widespread support and empathy for local councils from many within the game, so this latest plea for extra cash will come as no surprise. It is in councils’ best interests to have people participating in local leagues and visiting local facilities, but they simply have to balance their books. Successive years of funding cuts from local government, combined with enforced freezes on council tax rates, have been stretching many local authorities to breaking point. Many have had to slash spending on all but the most essential services, and football facilities – including pitches and changing rooms – have been amongst the hardest hit.

Local councils are responsible for the upkeep and operations of many grassroots facilities, so they are often the first to be criticised when pitches and amenities fall into disrepair. However, as well as having to deal with huge holes in their finances, local authorities have had to contend with falling investment in local football – both from central government and the footballing authorities.

Around £34 million per year is pumped into local facilities. £12 million is provided by both the FA and the Premier League, while the remaining £10 million comes from the government. While this may seem like a lot of money, it is nearly half the £60 million that used to be invested in grassroots facilities. And despite a previous commitment by the Premier League to set aside 5 percent of its TV income (more than £5.5 billion at the last count) for improving local amenities, the actual investment now stands at well below the 1 percent mark.

Far from placing the blame with local councils, we should be applauding many of them for keeping so many pitches and changing facilities open in the midst of so many financial constraints. Moreover, local authorities are fighting for the funds they need to keep the grassroots game going, which is keeping the issue firmly in the spotlight. Of course, the Premier League will point to their £56 million funding of artificial pitches in 2013 as evidence of their commitment to local football, and the FA claim to pump more than £1 million into local facilities every week. Many councillors and local coaches dispute these figures, but even if they are accurate, after so many years of under-investment, these sums are simply not enough. Every year that grassroots football is short-changed, local facilities will deteriorate further.

Local councils are aware that kids not playing sport or taking part in community-based activities are more likely to cause trouble on the streets – which can lead to serious social problems in deprived areas. Fit, motivated and inspired children and young adults who have a real stake in their own communities are far more likely to treat their neighbourhood with respect, and that’s obviously something that helps councils greatly.

Local authorities are, in the main, doing all they can to keep football facilities open, but the facts are simple: they simply don’t have the resources to run them indefinitely. The Premier League would do well to remember that, despite the growing popularity of English football throughout the world, the domestic market still accounts for the lion’s share of its income. If kids aren’t playing as much, the number of paying fans willing to buy tickets and subscribe to expensive sports channels will drop drastically during the course of the next two decades. Local councils need help, and only the FA and the Premier League have the resources required to deliver it.