Luis Suarez: Will This be his Last Chance? 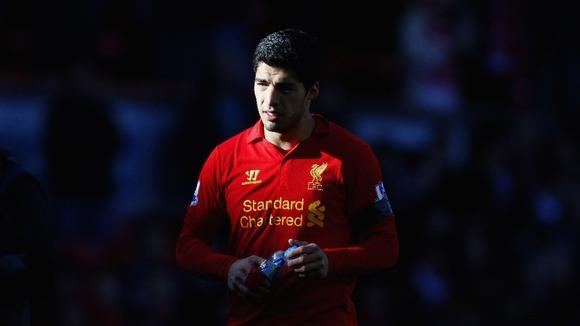 Luis Suarez: Will This be his Last Chance?

According to former striker, Robbie Fowler, this very well could be the last chance Suarez has at Liverpool Football Club. Suarez received a 10 match ban after biting Chelsea’s Ivanovic towards to end of last season. Tonight could be Suarez’s first game back if Brendan Rodgers decided to play him against Manchester United in the Capital One Cup.

During the summer transfer window however Suarez didn’t shy away from the fact that he wanted to move away from Liverpool even after the LFC fans had stuck by him through all his antics. Robbie Fowler says that he believes Suarez should start showing loyalty to the LFC club and the fans otherwise he may just get what he wished for.

BBC Sport asked Fowler whether he thinks this is Suarez’s last chance, to which he replied:

"Without a doubt. He has let a lot of people down, including himself."

Robbie Fowler is a legend at Liverpool Football Club and respected by the fans. Fowler had some antics of his own in his day but because of his loyalty to the team, the fans now see him as one of the Liverpool legends. This is what else he told BBC Sport about Suarez:

"I know in the summer it looked like he was leaving and quite rightly Liverpool expected a bit of loyalty back off him and thankfully he is still a Liverpool player.

Liverpool signed Suarez from Ajax for £22.7m when Kenny Dalglish was manager in January 2011. Ever since his signing, it is fair to say that Suarez has been involved in a number of controversial moments. Although controversy surrounds Suarez, he has also had his moments of pure brilliance that cannot be denied by any football pundit or fan. One of his controversial moments was when he was banned in December 2011 for eight matches after racially abusing Manchester United’s Patrice Evra. His excellence is clearly shown in the fact that he has so far scored 51 goals in just 96 appearances with Liverpool.

You can see why Liverpool fans were rather disappointed to hear Suarez wanted to leave in the summer transfer window after having supported him throughout all his troubles.

Tonight however we may see Suarez’s return and what a game to return to! The Liverpool v Manchester United game, no matter what competition, has for a long time been one of the most competitive and exciting games to watch. Will all eyes be on Moyes or will they be on Suarez? Let us know by leaving your comments.

We will be tweeting live tonight during the game so make sure to follow us at @TheSoccerStore and let us know your thoughts on the game.