Lukaku Had a Blinder and Mother-in-Law Wins Bet...Great Night! 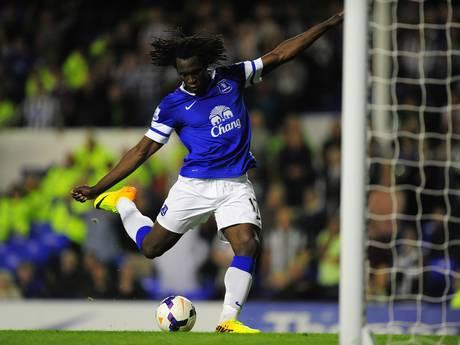 Lukaku Had a Blinder and Mother-in-Law Wins Bet... Great Night!

Everton manager, Roberto Martinez, last night couldn't praise Romelu Lukaku enough after him scoring two goals in his home debut as an Everton player. Martinez said after the game that Lukaku was “unplayable” and also gave praise to Ross Barkley for his goal. Everton beat Newcastle United 3-2 last night with the help from Lukaku and Barkley. What is even greater is that I showed my mother-in-law yesterday afternoon how to do Super 6 and what bet’s she can put on through Sky Bet. I got a call immediately after Lukaku scored his first goal from my mother-in-law saying she had put on her Super 6 and got a free £10 bet which she put on Lukaku to score the first goal… beginners luck ey! Thanks Lukaku, you made one son-in-law a hero last night.

After that drama from the first goal, the game got even more exciting when Everton finished the first half with a 3-0 win after Lukaku scored a second goal and Barkley’s strike. When the second half kicked off however, Newcastle United made a tremendous effort to fight back with Cabaye and Remy scoring 2 goals to make it 3-2 at full-time.

Martinez said after the game about Lukaku:

“For a number nine to have that awareness, Lukaku was unplayable.”

He then went on to say about Barkley:

“Ross is a diamond of English football, but he still has a long way to go.”

“Barkley is the sort of player who controls things in midfield, and that is unusual in a player his age. I think he is an exceptional ambassador, not only for Everton but English football as a whole.

It is almost a question of keeping him away from the training ground because he is so eager to improve himself.”

Lukaku looked very much at home in last night’s game after being loaned to Everton from Mourinho’s side, Chelsea. We wonder whether Mourinho has deliberately put Lukaku at Everton rather than West Brom to take points away from Chelsea’s top competitors?... Maybe that’s a whole blog post in itself.

The Newcastle United manager, Alan Pardew, said after the game that he thought that performance of the first half was “disturbing”.

We can’t go without mentioning Carragher being on top form on Monday Night Football last night with him saying to Neville:

“City above Man United says it all.”

“City lost to Villa and Cardiff!”

We really look forward to watching Carragher and Neville now as pundits… brilliant!