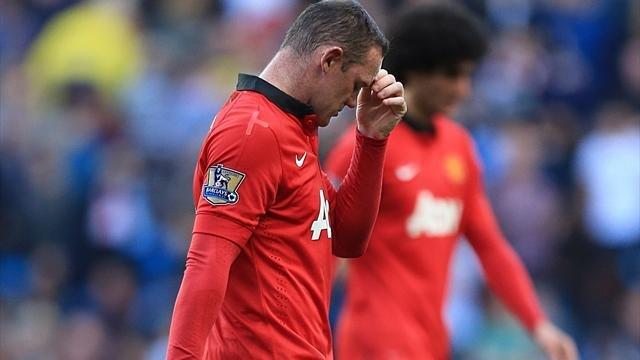 Yesterday we witnessed the greatest defeat Man Utd have suffered whilst playing at the Manchester City Home ground since 1989 when Manchester City famously won 5-1 against Man Utd. Not only did Manchester City go away from this game celebrating, Nasri also walked away with his head held high after being accused last season of ducking out of the way from Robin van Persie’s free-kick and yesterday scoring the final goal against Man Utd.

The game was actually embarrassing to watch with the Man Utd players looking like they had just woken up. The team really did look so different to the winners we are so accustomed to. It looked like there was no game-plan or drive within the team. I spoke with one Man Utd fan who said “I am used to seeing the team push up front at every chance, especially in the dying moments of the game”.

I think that Moyes will have a lot questions to face in the next couple of days from fans, management and the media for the lack of plan and poor substitution choices. Another Mau Utd fan said after the game “Fergie would have put more up-front players on the pitch to get goals rather than a centre-mid”. It looks like Moyes is still being compared with Fergie’s decisions and probably will do right up to the point where he starts making a name for himself with successes.

Saying all this however, we cannot take away the incredible performance that the Man City players put in yesterday. It only confirmed my beliefs that Kompany is the best defender in the league at the moment after seeing him makes some amazing clean and precise tackles. Man City looked like a team set out to win and who wanted it the most. Sergio Agüero scored two goals, one of which was an absolute stunner of a volley, Yaya Touré scored and so did Nasri who celebrated by boxing the corner flag… that will show them whose boss!

I am so used to watching Manchester United believing that they will make one of their incredible comebacks as they so often did (I have won a fair amount of bets on Man Utd comebacks). Yesterday however was the first time in a long time that I thought the famous comeback was impossible. One thing is for sure… I won’t be putting those bets on anymore.

For Manchester United, the tone for the game was set early on in the game when Vidic broke a basic rule of defending… losing the ball in your own penalty area with a risky pass. Fellaini also almost looked lost within the team and seemed far from the £27m worth he was signed for, letting Touré get past to score his goal.

All-in-all Manchester City should be on high after their deservedly winning performance, especially Touré, Agüero, and Kompany. For Manchester United… Rooney’s lack of goal celebration at the end pretty much summed it up for them.