Predictions for the Upcoming WSL Season 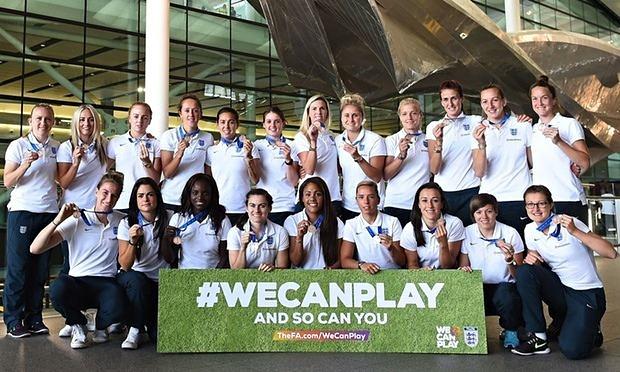 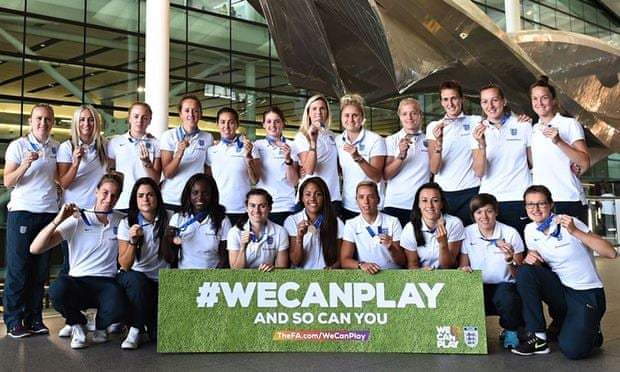 Around 2.5 million people in England stayed up until the wee hours to watch the Lionesses attempt to make their first ever World Cup Final. Although Laura Bassett’s heartbreaking own-goal handed Japan the spoils, the nation rejoiced in price and admiration. But now the bread and butter of the WSL is about to reconvene after the summer break, and the title is still up for grabs.

League action starts again on 11 July, and many of the bronze-winning ladies will become foes in their quest for promotion, survival and the WSL title. Arsenal take on Liverpool at Borehamwood, and Chelsea face Bristol Academy in Staines. And although these two venues might seem like a million miles away from the bumper crowds of the Women’s World Cup, the heroic Lionesses should be pumped up for a few battles.

Chelsea Ladies lead the FA WSL 1 by two points, and if the performances of the clubs players in Canada are anything to go by, it will be a brave person who bets against them being at the top of the league at the end of the season.

Indeed, the spine of Chelsea Ladies features some of the key players in England’s World Cup team. Marauding left-back Claire Rafferty will be providing the steel and determination at the back, and speedy striker Eniola Aluko will be leading the forward line. And after winning her 90th cap for England, midfield maestro Katie Chapman will be providing leadership from the middle of the park.

But it’s important not to underestimate reigning WSL champions Liverpool Ladies, who have experience in fighting to the end, as well as Fara Williams - England’s most capped player. Williams scored three goals in England’s World Cup campaign, so she’s bound to be full of confidence when the season restarts. However, Liverpool are eight points behind leaders Chelsea, so simply securing their WSL1 status might be the priority for the Merseysiders.

Arsenal lie in second place, and must be the team most likely to give Chelsea a real fight for the title. Fortunately for the Gunners, their squad is peppered with England internationals. Goalkeeper Siobhan Chamberlain played between the sticks in England’s quarter-final win over Canada, and defensive pairing Casey Stoney and Alex Scott have leaked just three league goals in six matches. And with Lianne Sanderson and Jordan Nobbs playing at the peak of their powers, Arsenal should fight Chelsea to the bitter end for the WSL title.

Perhaps the surprise package of the 2015 WSL season has been Notts County Ladies, who are just a point behind Arsenal in third place. Time will tell whether County have the quality to keep up with Chelsea and Arsenal during the second half of the season, but with Laura Basset, Alex Greenwood and Ellen White in such fine form, they might have an outside chance of causing an upset.

Fans of Manchester City Women must be scratching their heads at their team’s apparent inability to make an impact this season. Despite boasting five Lionesses, including captain Steph Houghton, City are languishing in sixth place with just five points. And although three or four wins could propel them into the top three, the best resourced team in WSL might be happy simply to secure their WSL1 status this time around.

Although Liverpool and Manchester City will be looking over their shoulders a little when the seasons gets underway, the fight for survival looks like being a two-horse race between Birmingham City Ladies and Bristol Academy Women. Unfortunately for Bristol, they have been leaking goals so far this term, and as their first game back is against league-leaders Chelsea, the chances of the Bristolians gaining any early momentum in their fight for survival are extremely slim.

In the FA WSL2, Reading FC Women and Doncaster Rovers Belles have been scoring goals for fun, and they sit six points clear of third-placed Yeovil Town Ladies. Two teams will be promoted to the top league this year, as the WSL1 continues its evolution into a 10-team league by the 2017 season. It therefore looks like Bristol Academy Women or Birmingham City Ladies will be dropping out of the top league, and both Reading and Doncaster will be passing them on the way up.

The 2015 WSL season is going to be unlike any other. When it kicked off, the household names of ladies’ football were known only to ardent fans. However, when the season restarts this weekend, four or five superstars of England’s World Cup campaign could well be making the back pages. If just a fraction of the 2.4 million people who watched England’s World Cup semi-final match show an interest in the domestic game, the name of dozens of WSL players could be on all our lips by the end of the season.