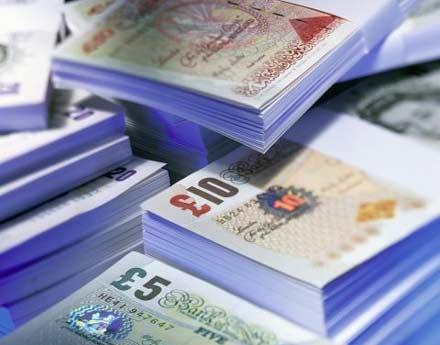 We take a look at the finances of Premier League football clubs compared to those of a typical Sunday League side.

Millions of Manchester United fans from around the world breathed a collective sigh of relief when it was announced recently that Wayne Rooney had committed his long-term future to the club. However, his reported £300,000-per-week salary means he will earn more in one month than many of United’s fans earn during their entire lifetime. The working man’s game is becoming farther and farther removed from reality, and nowhere is that more apparent that at grassroots level.

The chasm between the haves and have-nots in British football is growing wider every year. And while this may be great news for the elite players, club owners and the people who run the game, it may spell the end of the ordinary fan’s involvement in the game. While fans have seen their salaries stagnate during recent years, the bloated coffers of the English game have swelled to unprecedented levels. And as our children and amateur players have struggled with dilapidated facilities and rotting pitches, the game’s elite clubs have seen their turnovers soar. This is clearly a situation that is not sustainable.

Like most 21st-century businesses, the Premier League relies on perpetual growth. Investment, wage levels and transfer fees are growing at astonishing rates, and combined with UEFA’s fair play rules, the need for ever-increasing revenues is as great as ever. However, with season tickets costing some fans nearly £2,000 a year, and the privilege of watching live football on the TV costing more than £500 a year, the fans are in danger of being priced out of the game completely – and that could spell disaster for many clubs.

In order to demonstrate the huge disparity that now exists between both ends of the footballing spectrum, comparing the Premier League with a typical Sunday league in the Blackpool area effectively presents the stark and shocking facts.

During the period between 2010 and 2013, the Premier League grossed £1.4 billion in TV rights in foreign markets alone. However, overseas TV deals between 2013 and 2016 are expected to top £2 billion. And when that figure is added to the domestic deals with the BBC, Sky and BT, the Premier League can expect an income from global TV rights of at least £5.5 billion during the next three years.

The Premier League earns nearly twice as much as its nearest rival (the Bundesliga) from TV rights, and its income dwarves the likes of Italy’s Serie A and France’s Ligue 1. Nearly £480 million per year is pulled in from overseas TV deals by the Premier League, compared to £132 million by La Liga and a measly £50 million by Germany’s Bundesliga. These facts suggest that it may not be too long before the Premier League’s biggest market lies beyond the shores of the UK – and that could lead to even more problems for English players and the national team.

A global trend of rising TV rights deals suggests that the value of the Premier League is soaring on the international stage. Just last year, a Thailand cable company paid £200 million for TV rights – an increase of over 400 percent on the previous deal. And the USA’s NBC network quadrupled the previous TV rights deal in the country by paying nearly £160 million for exclusive rights to Premier League games. These huge rises may be good for a select few clubs in the game, but they prove that the influence of the average fan in England is waning.

Those clubs lucky enough to be in the Premier League can expect to receive a minimum of £60 million from the TV rights pot in a single season – and that’s just for finishing 20th. The champions, however, will be rewarded with a £100 million prize, in addition to gate receipts and commercial activity. This system of rewarding clubs based on league position is making the rich clubs richer, at the expense of those struggling to balance their books.

Moreover, the current system provides parachute payments for relegated clubs, which is making it increasingly difficult for so-called smaller clubs to break into the world’s top domestic league. So while those with the resources to stay in the Premier League should prosper over the coming years, the other 72 professional clubs in England may have to fight for their long-term survival.

Affiliated to the Lancashire Football Association, and in turn the Football Association, the BFSFA is home to 63 Sunday league teams – a number which is half the peak of 128 registered teams during the league’s 1980s heyday. Run by a committee of 11 volunteers, this local league has been an integral part of amateur football in the local community since the 1960s, and it provides a competitive platform for more than 1,000 players in and around Blackpool.

In order to qualify for entry into the league each season, teams must be able to register a full squad by 1st August. They must also be able to supply their own match balls, kits, corner flags and nets. In addition, a registration fee of £50 is payable by all new teams, and every team needs to pay an insurance fee of £26 before the start of the season. Teams must become affiliated to the Lancashire Football Association at a cost of £85, and annual league fees of £160 per year are required. Council pitch fees cost £440 per year, while referees cost £25 per match – payable by the home team (linesmen are optional extras!)

So, a Sunday league team competing in the BFSFA will incur the following costs

This means that – based on 20 home matches per year, a Sunday league team playing in the Blackpool area costs around £1800 per year to run. To put that into some perspective, Wayne Rooney’s weekly salary could secure the future of 166 amateur teams for an entire year. 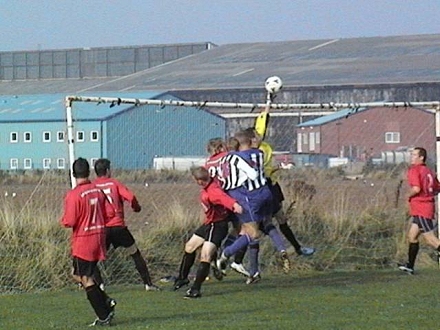 These enormous figures are also having an inflationary effect on player values. In search of bargains, a growing number of clubs are turning to foreign leagues for player acquisitions – a phenomenon that is limiting opportunities for young English players. Unless the huge gap between the game’s giants and minnows can be narrowed, it seems that the England national team may be destined for a future in the third tier of the international game. Perhaps more worrying, however, is the fact that our youngsters are being priced out of every level of the national game.