What Role Should a Parent Take in a Child's Fledgling Football Career? 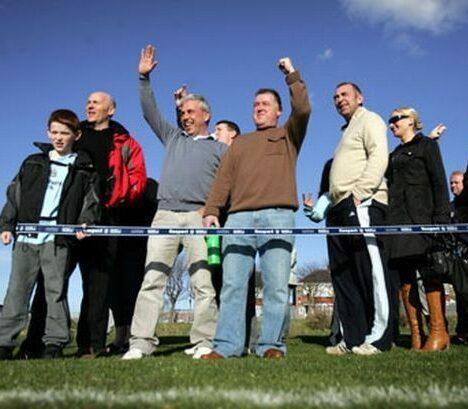 The role of parents in the development of youth players has long been a contentious issue in British football. Head along to an under-12s match this weekend, and you are likely to witness pushy parents shouting advice and encouragement from the sidelines. But whilst most parents have the best of intentions, direct involvement of this nature may be doing more harm than good.

Parents encourage from the touchline behind a football respect barrier

According to a recent report by the Football Association, there were nearly 4,000 cases of adult misconduct at youth matches in 2013. These offences ranged from inappropriate language to physical assault, and they have been blighting grassroots football for too long.

Thankfully, it seems that the FA is now taking a structured, zero-tolerance approach to the bad behaviour of parents and youth coaches. The FA is offering ‘awareness’ training as a way of modifying behaviour on the touchline, which should improve the situation in the medium term. Meanwhile, the development of thousands of youngsters throughout the UK is being stunted by the actions of spectators and over-zealous coaches.

There is a feeling that, in most leagues in England and Wales, the message is finally getting through. Gary Lineker recently cited pushy parents as a major contributing factor to the lack of world-class players coming through the ranks in the English game. And the Manchester County Football Association started naming and shaming offending spectators, coach and clubs on its website.

Despite widespread calls for parents to be ‘seen and not heard’ at youth matches, it is important that they continue to support their children’s development in a constructive and understanding way. To that end, the FA – as part of its ‘Respect’ campaign - has published advice on how parents can play a supporting role in their children’s fledgling career.

While winning is important, it should not be seen as a priority for under-12s. Far more important is the development of technical, physical and tactical skills. If parents can instil this ethos into their children, the standards of English football will probably be raised organically over time. However, it is also important to remember that football must be fun if children are going to devote all their time and effort into improving. While it can be very useful to analyse a game with a child in retrospect, dwelling on missed passes and .what could have been. are unlikely to have a positive effect in the long run.

While parents should observe agreed standards of behaviour, their opinions and input is often welcomed by clubs and coaches. Opinions must be offered at meetings and specially convened forums, however. These opportunities give parents a chance to complain about the treatment of their child, as well as developing systems and processes for keeping their child happy and motivated. A child will usually mirror the behaviours of a parent, so being respectful and constructive at all times is absolutely essential.

Giving Kids What They Need?

Ask a child what he or she wants out of their football career, and winning, fame and fortune will be at the top of the list. However, parents need to look past this and decide what is best for their child in the long run. Win or lose, children should be praised – they should also feel supported. It is important not to place too much importance on any one game, as pressure can be a destructive force in a young mind. There is nothing wrong with dreaming about a successful career, but a visceral love of the game is more important at such a young age.

The importance of a healthy lifestyle cannot be underestimated – even at the age of 8 or 9. Children who are training several times a week should be eating regularly throughout the day. Their diet should be balanced, and they should be getting the carbohydrates, protein and calcium they need for growth and energy. Eating little and often is a good away to approach a child’s diet. Regularly drinking water – throughout the day – is always good for a child’s overall health, and a child who is always well hydrated will reap the rewards during particularly arduous matches.

Kids need to be happy and content if they are going to have the energy and inclination to become better footballers. A happy home with lots of love and support is very important, as well as an environment that facilitates lots of rest. Children should be encouraged to practise their new skills in the garden – away from coaches, peer pressure and the expectation of spectators. Lots of repetition in a relaxing environment is always conducive to learning.

Being the parent of an aspiring footballer is never an easy role. As well as the early starts, the journeys to away matches and the countless hours spent watching games in driving winds and torrential rain, parents need to strike the balance between happiness and dedication. Thousands of hours of practice are needed in order to develop the skills required to reach the top of the game, but children should also be allowed to enjoy their childhood. Getting the balance right is exactly what the FA is trying to do, and with the support and input of parents, there is no reason why this goal can’t be achieved.