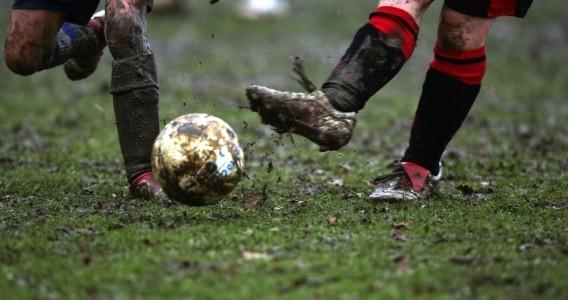 In the midst of national protests, mass demonstrations on public pitches up and down the country and large-scale boycotts of local leagues, grassroots football in the UK may have found some much-needed support - from some legends of the game.

Dilapidated club facilities, sodden pitches and sharply increasing pitch fees are keeping many children and amateurs away from the community football – casting doubt over the future of the English national team and that of the other home nations. But it seems that the campaign for proper funding now has the support of some high-profile figures. Using his column in the Daily Mail, former Manchester United star Gary Neville recently highlighted the plight of many local clubs by using his beloved Bury FC as a prime example of the gap between the haves and the have-nots. Despite the fact that the football club was recently saved from extinction, and the fact that the club is operated on a shoe-string budget from week to week, it was the startling revelation that only one of the club’s 30 professionals graduated through the academy that truly shocked the former England international.

Neville also pointed to a statistic that says everything anyone needs to know about the current state of grassroots football in England. Between 1982 and 1992, the number of transfers into England’s top league doubled, as squad sizes grew far larger. However, in that same period, the number of players coming from the lower leagues halved. It seems that an increasing number of players are being sourced from the top flights of inferior leagues, including France’s Ligue 1 (Newcastle United’s first team is a classic example), the Netherlands’ Eredivisie and Belgium’s Jupiler Pro League.

This change in culture is due, at least in part, to a relative abundance of technically gifted players on the continent – most of whom are available for a fraction of the prices on the heads of their English counterparts. This means cash is drying up in League 1 and League 2 – which is driving down standards yet further. Such was Neville’s shock during a recent visit to Bury FC, he vowed to get involved by “putting something back into the grassroots of football.”

Liverpool legend Ian Rush also recently weighed into the debate. The head of Welsh Football has been charged with improving standards and, eventually, the fortunes of the Welsh national team. While he is quite rightly ecstatic about having two Welsh club teams in The Premier League, he believes that the only way to produce more Aaron Ramseys and Gareth Bales is to concentrate efforts on youth and community football.

“I see it all the time in my role,” said Rush. The work that goes into it from people who do it for the love of the game and wanting to make things better.

“The Premier League will always catch the eye and it’s the same with the national side and players like Gareth Bale and Aaron Ramsey.

“But, for me, just as important for this country is what people are doing at Welsh League clubs and those in communities up and down Wales who are trying to make things better and improve standards at the grassroots of the game.”

The work of the FAW in conjunction with McDonald’s has been a rare victory for grassroots football, and it proves that the English FA could be doing more. The Welsh Community Football Awards are held annually, and they’re designed to recognise the often unseen work done by community leaders and local coaches – 2013 saw a record number of nominations.

Even the controversial Joey Barton recently got stuck into the debate. Using his personal blog and his hugely popular Twitter feed, Barton has been promoting an online petition that would force a parliamentary debate on the issue. He talks about the grassroots game being the ‘cornerstone’ of the sport, and highlights the fact the average cost of running an amateur league for a year is just £4,000 – a cost that should be easily achievable in the home of football.

QPR boss Harry Redknapp also recently had his say on the subject, but he pointed to the fact that a huge change of direction in British culture is having an irreversible effect on football in this country. Redknapp suggests that the demise of street football – due to a combination of sophisticated video games, more traffic on the roads and more protective parents – is the main reason for falling technical standards in England. And judging by how British housing estates and local communities have changed so dramatically during the course of the last 30 years, he makes an excellent point.

Millions of people over the age of 35 and from a working or middle class background will have memories of playing football until darkness descended. Streets were filled with kids, threadbare balls and jumpers for posts from dusk until dawn, and the action only ceased to let the odd car go by. Scenes like those are almost non-existent in modern Britain, and Redknapp suggests that the collective technical ability of British players is declining as a result.

The facts are simple: the health of the grassroots game is critical to the quality of the national teams the home nations of Britain produce. By investing in grassroots football and ensuring more high-profile figures get involved in the cause, the British players of tomorrow – and the fans - can look forward to a far brighter future.