The cost of Premier League Replica Football Kits this Christmas. 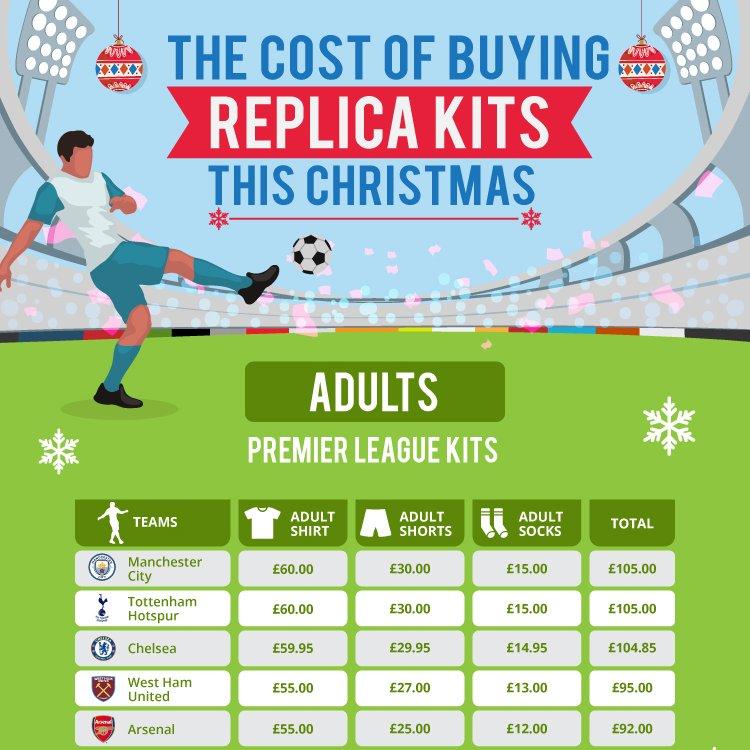 This Christmas there could be some disappointed Premier League football fans that were hoping to wake up to their team’s football kit as research from The Soccer Store shows the cost difference between replica football kits is huge. Fans keen to snap up a Manchester City, Tottenham Hotspur, or Chelsea kit can expect to pay over £100, while other diehard football enthusiasts will be able to pick up their kit at just a fraction of the cost.

A complete kit of shirt, shorts, and socks from Manchester City or Tottenham Hotspurs will set fans back by £105 this Christmas, with the shirts alone costing £60. In comparison fans of Everton and Burnley can pick up their complete kit at little more than the cost of the shirt from the priciest teams.

It’s the same picture when it comes to the kids football kits too. Parents of mini football fanatics that are supporters of Tottenham Hotspur, Chelsea, or Manchester City can expect to fork out upwards of £85 to make their little ones’ dreams come true on Christmas morning. At a little over £50 each for a complete kit, Everton and Burnley come out once again as the cheapest options for parents. Even when looking at socks, the price difference is substantial. Mini footballers dreaming of playing for Everton will have to pay just half of the price of the those that want to pull on the colours of Tottenham, at just £7.50 compared to £15.