The Top 5 Football Academies of the Premier League Era 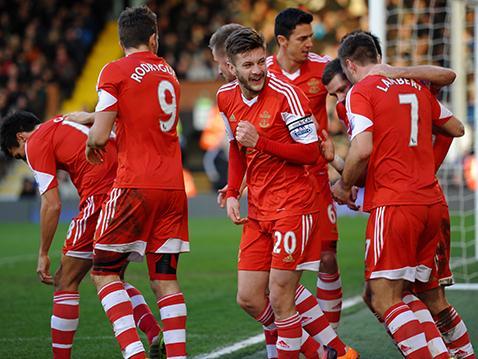 The Premier League’s Elite Player Performance Programme has incentivised clubs to invest time, man-hours and money into their academies and youth systems. While this initiative was designed to improve the standard of young English players – and by extension future England national teams - it has been criticised by leading figures in the game as being biased towards the big clubs. However, there are five Premier League academies that have been performing wonders without the intervention of the football authorities, and they have produced some of the finest home-grown talent this country has ever seen.

Southampton lead the way with their academy. Pic courtesy of saintsfc.co.uk

The West Ham academy has always had a real community feel to it – despite the huge sums of money now in the game. The ‘Academy of Football’ at West Ham has a long and illustrious history of producing world class players, including Sir Bobby More, Martin Peters and Sir Geoff Hurst. The likes of Paul Ince and Tony Cottee progressed through the ranks in the 1980s, but the East London club’s heyday is very much in the here and now. Jermain Defoe, Glen Johnson, Frank Lampard, Rio Ferdinand and Joe Cole all learned their trade at the club.

However, the academy’s credentials are perhaps best demonstrated by the capture of Michael Carrick. The Newcastle-born midfielder was snatched from under the noses of Newcastle United and Sunderland, which proved just how impressive the set-up at West Ham was at the time. More recently, the likes of James Tomkins and Mark Noble have become West Ham stalwarts – thanks to the incredible work of academy director Tony Carr.

Alex Ferguson’s babies proved Alan Hansen wrong in 1996 when they lifted the domestic double after the Scottish pundit famously declared ‘you can’t win anything with kids.’ Never in the history of English football had a single group of academy products made such a dramatic impact on the elite game. Of course, Ryan Giggs had already made a name for himself, but the addition of Gary Neville, Phil Neville, Paul Scholes, Nicky Butt and David Beckham – affectionately known as Fergie’s Fledglings – arguably turned Manchester United into the force they are today.

More recently, Manchester United’s academy has been given a prominence that is rare at the top of the English game these days. Danny Welbeck and Tom Cleverley have been given much-needed game time, which has put them in contention for a World Cup berth. And while their nearest rivals continue to spend heavily on foreign imports, the club remains committed to investing heavily in its youth system.

Liverpool FC has a proud tradition of nurturing talent from the streets of the city, but despite increased funding more recently, only Raheem Sterling has impressed sufficiently to push for a place in the senior England team. Despite the recent drying-up of talent, however, Liverpool can be proud of a youth system that brought through the likes of Steven Gerrard, Michael Owen, Robbie Fowler, Jamie Carragher and Steve McManaman. Former Liverpool player Steve Heighway managed the academy between 1989 and 2007, and he is rightly credited with delivering such a talented crop of players. And while the talent hasn’t flowed quite so freely in recent years, hopes are high that Adam Morgan will be the next young product to play in the shadow of the world-famous Kop.

Particularly since the turn of the century, Manchester City has been a rich breeding ground for young, English talent. It is unfortunate that most of that talent had to leave the club in order to find a regular starting berth, but the club with the world’s richest pockets has the funds to buy any player on the planet.

The long list of youth talent that has graduated from Manchester City’s youth system includes Joey Barton, Shaun Wright-Phillips, Daniel Sturridge, Micah Richards and Stephen Ireland. But despite having the biggest transfer war-chest on the planet, Manchester City is fully committed to developing young, English players for the future. A youth stadium with a 7,000-seater capacity, indoor and outdoor training pitches and a dedicated school with accommodation will combine to create the world’s leading centre for youth development in football – and that should be good news for the future of the England team.

For simply punching far beyond their weight, few clubs in world football can match the stunning achievements of the Southampton FC academy. Since the discovery of Alan Shearer in 1992 – under the noses of several north-based clubs – the academy has been a perpetual conveyor belt of British footballing talent. Not only is this local club committed to nurturing local potential, it is committed to buying British as well – a rare thing in this age of bargain-buys from abroad.

The foundations for success were originally laid by former Chairman Rupert Lowe. Along with the likes of Steve Wigley and Huw Jennings, the club made a firm commitment to youth players over a decade ago. And thanks to the continued work of the club’s current management, Southampton is rightly lauded as a world-leader when it comes to youth development. Indeed, the club’s recent £30 million investment in its Marchwood training ground proves that Southampton is fully invested in the principle of developing home-grown talent.

The crowning glory of the club’s youth system is clearly demonstrated by the world’s most expensive footballer – Gareth Bale. However, it’s important not to forget that the likes of Theo Walcot and Alex Oxlade-Chamberlain also honed their talents at Southampton’s academy. And perhaps most impressively, it is not beyond the realms of possibility that Jay Rodriguez, Adam Lallana, Rickie Lambert, Luke Shaw, James Ward-Prowse and Nathaniel Clyne will all be on the plane to Brazil for the World Cup this summer.

What Manchester United achieved through its academy system in 1996 was fantastic. However, the game has moved on considerably since then, and money now plays a much bigger role in English football. For Southampton to achieve what they have, given the commercial pressures on football clubs these days, is almost unbelievable. It proves that with the right guidance from the top, the future of English football could be very bright.