Will Women’s Football finally get the recognition it deserves? 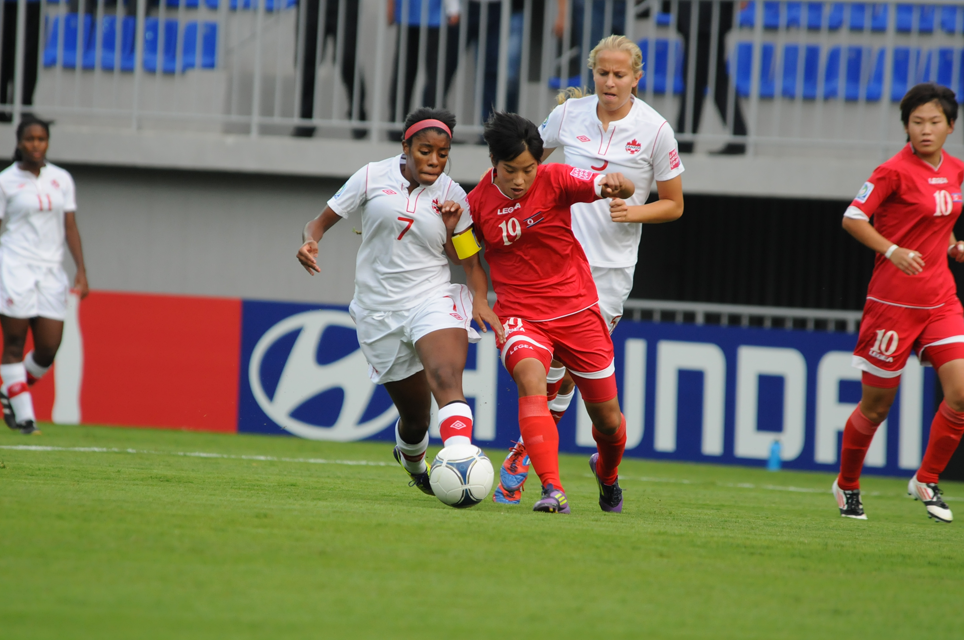 Women’s football was very popular throughout World War 1 and beyond until it was decided that it was an unsuitable game, being too much for the female physique to manage.
First introduced into US colleges as part of their physical education program, women’s football was only recognised in the 1980’s when more and more students were getting recognised and chosen to represent the sport with a progression into scholarships and subsequently becoming professional. America as a continent was the saviour of women's football and since then the sport has progressed massively over the world, producing a large amount of very talented athletes.

The first official women's World Cup was held in 1991and the USA won. They have since won another World Cup title and are strong contenders for this years World Cup in Canada. Other previous winners are Germany (twice), Norway and Japan.

The qualifiers started in September 2013 and England were drawn in a group with Ukraine, Wales, Turkey, Belarus and Montenegro. England were the favourites to automatically qualify for the group having the most experience and classic play.

England had 10 matches to play over the course of a year, it was very important for them to use all their hard training and great team play to their advantages and qualify automatically. This would be their third consecutive World Cup and as they have been playing so well at current, the odds were quite high for them to do well if the got to the finals.

England showed their excellence in their qualifier matches and proved that women’s football is a good sport and also made England proud. In their 10 matches, they won all 10, scored 52 goals and let in 1. Their wins included a 0 vs 10 and 9 v 0 wins against Montenegro.

England were drawn into Group F, which included France, Columbia and Mexico. Their first game was against France, which ended in a 1 vs 0 loss to England. Not a great start for them, but France are one of the best teams and even though the result was negative, there were a lot of positives to come from the result, especially the way the defence were strong.

Three of the favourites are in Group D (renamed the group of Death), which is a benefit for England as it might help them go further in the competition. USA, Germany are joint favourite having both won two each and Germany have won five European titles. The three times England have qualified for the World Cup finals, they have got as far as the Quarter Finals, so hopefully this time they could go one step further.

Their next match is on Saturday against Mexico and it is a must win for them.

Over the years as our population has grown up and the old fashioned outlooks have moved to more modern, Women's football has been more accepted as a skilled, professional sport producing fantastic athletes, some of which have become role models to young girls and women showing them that football is not just a man’s game.

Having the more advanced technology, social media and internet has also supported the sport for women in spreading awareness of the profession.

Having role models can help inspire girls to take up a sport such as football, as they have someone to look up to and aspire to be like.

=> Marta, who at only 29 is the most, decorated female football player, having won FIFA World Player of the Year award 5 times consecutively and also Olympic medals for Brazil. More recently her penalty against South Korea in the current World Cup made her top the all-time Women’s World Cup goal scorer list with 15 goals.

=> Mia Hamm, who retired from professional football in 2004 has also had an incredible career, gaining 275 caps for USA and scoring 158 goals and also holds the national team record for 144 assists. She has also won Fifa World Player of the Year twice and Pele listed her as one (of only two women) in the FIFA’s 125 best living players.

=> Kelly Smith, MBE is one of England’s greatest players who has since retired from international football after a 20 year career. She gained 117 caps, scoring 46 goals for her country and also represented Great Britain in 2012 Olympics. She started her football career at Arsenal Ladies, but then went to University in USA and spent 7 years there playing for different teams, before coming back to England and back to Arsenal Ladies. She has since been back to America for another few seasons and is now in her third spell with Arsenal Ladies. She is very much a well known iconic player who will always be remembered for her overall performance on and off the field and will leave a legacy.

1) Having football for boys and girls as part of the physical education curriculum in schools should be in place all over the world. It has a number of advantages, which will benefit a lot in a number of ways.

2) Exercise is good for your health, fitness wise and also good for the brain, reducing stress levels and helping thought processes more.

3) Football is a great fun way to boost confidence as at a young age it is easy to be shy (especially for girls), so being able to come out of your shell early on in life is always an advantage