Have English Youngsters Lost the Art of Defending? 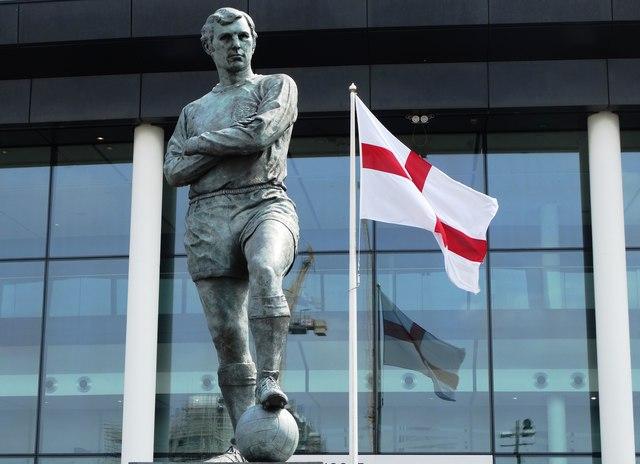 Cast your mind back to the 1970s and 1980s; a time when English defenders in the professional game were fearsome and fearless in equal measure. For fans of a certain age, visions of Stuart Pearce’s crunching tackles live long in the memory. The iconic sight of Terry Butcher covered in blood after guiding England to the 1990 World Cup Finals in a match against Sweden is how fans over the age of 40 remember professional football from their youth.

Today’s defenders are a different breed. The likes of Gary Cahill, Chris Smalling and John Stones have developed reputations for being good on the ball — a trait that has always been important for the Latin footballing countries. But us English have always been a breed apart when it comes to the beautiful game. We play a fast, aggressive, swashbuckling brand of football… or at least we used to.

England’s finest moments on the World stage have all come from playing a wide game with two forwards and a relatively direct approach. The likes of Bobby Moore, Terry Butcher, Stuart Pearce, Tony Adams and John Terry were the steely characters at the back who gave full-backs and midfielders the freedom to get forward in numbers. They took the knocks — and a lot of the yellow cards — so the flair players didn’t have to. They weren’t afraid to put their body on the line when needed, which gave England a huge advantage over other leading nations.

What happened to the hard men of English football? Yes, the new breed of English defender is mobile, technically proficient and versatile, but where is that non-nonsense approach to defending that gets the job done?

No one wants to defend anymore

To understand why English defenders have changed so much over a relatively short space of time, you need to take a look at what is happening in the youth game. Quite simply, kids just don’t want to be defenders; they want to be making goals or scoring goals. And this is a major problem for the future of the England national team.

When children are joining up with local clubs, an ever decreasing number of them are signing up as a defender. They don’t see the excitement or virtue in keeping a clean sheet; they want to make the headlines. When they don’t make it in an offensive role, they are ‘demoted’ to defence, so the position becomes almost a punishment or second prize.

The effects of this phenomenon are already evident

To find evidence of this changing of attitudes towards defending in English football, you only have to look at Roy Hodgson’s Euro 2016 squad. Only three centre-backs were selected, which was — in part — a result of the dearth of options available. After all, it is hard to believe that any England manager would take such a risk had he had an abundance of options available.

Just 10 years earlier, England took Rio Ferdinand, Jamie Carragher, John Terry and Sol Campbell to the 2006 World Cup. These superstars of the game, at the time, had 41 caps between them. The class of 2016 had just 21.

So what is happening during development?

This is difficult to pin down, and the truth is it’s probably down to a range of issues, rather than a single cause. A lot of modern defenders learned the game playing in midfield or attack. They have therefore learned many technical aspects of the game, but have been sheltered from the grittier side of football. In addition, there is now a feeling that modern defenders need to be every bit as technically capable as midfielders and forwards.

The FA, professional academies and clubs all over the UK have become almost obsessed with emulating the Spanish brand of football. But this just isn’t the English way — or at least it wasn’t. Instead of learning the basics of tackling, heading, jockeying and positional play, defenders are working tirelessly on technical aspects of the game.

When did defending become a dirty word in England? The art of defending is just as beautiful as the artistry demonstrated by Lionel Messi every week — it’s just a different type of beauty. But to the dismay of many within the game, the FA seems hell-bent on moving away from the strengths of the English game in favour of emulating the Spanish and the Brazilians.

Around the time the FA’s flagship training centre St George’s Park was opened, the governing body’s footballing philosophy “England DNA” was published. In it, the FA states: “England teams aim to intelligently dominate possession, selecting the right moments to progress the play and penetrate the opponent.” And therein lies the problem.

Even in today’s superstar-laden Premier League, the English game involves swift counter-attacks, energy-busting wing-play and end-to-end entertainment. This is why the Premier League is the most popular domestic football competition in the World.

Surely it’s about time we got back to the basics of English football. Of course, we need our players to be technically gifted, but imagine what we could achieve by using gifted players to play the quintessential English game? Two banks of four and two up front is the formation that won us our only World Cup. What’s wrong with a natural number 9 and a playmaking number 10?

Even Arsene Wenger wants England to play the English way

Arsene Wenger was asked recently to explain the England national team’s perpetual failure at major tournament finals. He cited the English obsession with playing brands of football that belong to other nations. He recommended that we should be playing the type of football we developed a reputation for. It’s unique, and no country does it better.

It is clear the the FA now favours style in defence over defensive solidity. It’s a crying shame that the England team doesn’t now have a defensive lynchpin to lead by example. And who knows? It could be one of the reasons why England have failed miserably so many times on the World stage over the last two decades.

Terry Butcher, Tony Adams and Bobby Moore weren’t the most technically gifted players, but they achieved the status of ‘legend’ nevertheless. Will our current crop of technically proficient international defenders even come close to doing the same? Probably not.