How to Impress Professional Football Scouts 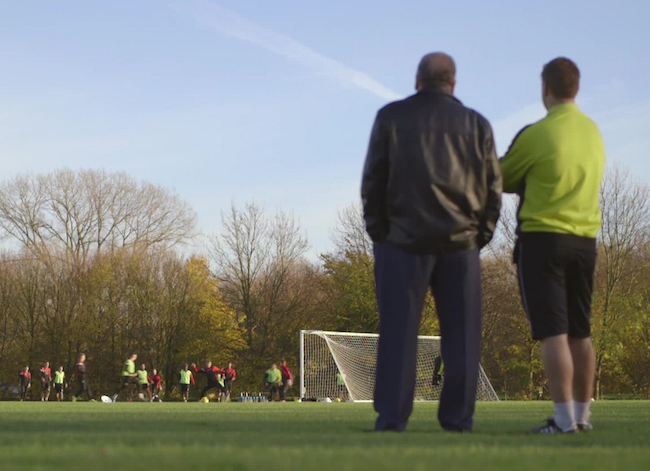 Whether you’re a young footballer with dreams of making it as a professional or the parent of an ambitious youngster, it’s important to know exactly what a professional scout is looking for.

Every professional club in England — along with many semi-professional clubs — employ full-time scouts to scour youth and local leagues for talent. If you or your child plays regularly for a local club, there is a good chance that you’ll brush shoulders with a professional scout sooner or later.

But is there anything you can do to ensure that you stand out on the pitch? Believe it or not, raw talent is not a passport to a place at a professional academy. While natural ability is, of course, hugely important, it is just one facet professional scouts judge a young player’s potential on.

Most football scouts will arrange to attend a match with club officials or coaches beforehand, but not always. And even if they do, you won’t necessarily be informed. So while it’s important to know what scouts look for, it’s imperative that you’re always playing at the very limit of your capabilities. Scouts hate nothing more than unfulfilled talent.

Now, technical ability doesn’t mean you need to be performing fancy flicks and tricks. Depending on your physical attributes, your dribbling, tackling, shooting, heading, passing and first touch will be assessed in the context of the game. After all, what’s the use of having a wicked left foot from 18 yards if you’re choosing to shoot at inappropriate points of a match?

Whatever your position, you will need to demonstrate a good first touch and ease on the ball. Even if you classify yourself as a hard-tackling defender, the modern game requires that you still possess a reasonable level of technical skill.

You might have every trick in the book, but unless you know how and when to use it on the field of play, it will count for nothing. A great turn or some in-play ball juggling looks great, but is it helping the team? Is it creating opportunities, opening up space and bring other players into the game?

Sometimes referred to as ‘football IQ’ your tactical awareness involves your ability to read the game, preempt passages of play and identify the best options during the heat of battle. And this doesn’t just refer to the times when you’re on the ball. In fact, scouts will be watching you to see where you put yourself when you’re not in possession. Are you closing down opponents that may become a threat? Are you drawing defenders away from the ball to create space for teammates? A lot of scouts spend more time looking at players without the ball than with it.

There was a time when forwards had to be tall and stocky and wingers had to be thin and super fast. Things are changing, however, and your physical size and appearance won’t be as important as they used to be. Nevertheless, you will need to demonstrate an element of strength, balance and poise on and off the ball. A lot of scouts will simply want to make sure that your physique and other physical attributes don’t put you at a disadvantage. Demonstrate your ability to take a knock, stay on your feet and keep up with the pace of the game, and you’ll tick most of a scout’s boxes.

You might be the most gifted player on the pitch, but if your temperament is letting you down, a scout will be looking elsewhere. While it’s normal to be nervous, your nerves shouldn’t be interfering with your decision making processes, or your general performance. Every player can get angry during a competitive match from time to time, but the moment that anger starts to affect your game (and the games of your teammates) is the moment a scout will disregard you.

A scout will be looking for evidence of a balanced temperament that makes the very best of your potential. Most scouts will ask the coach about the temperament of a player off the pitch before pursuing their interest — so work on yours.

Regardless of where you play, if you have raw pace at your disposal, you will always be at an advantage over those without it. That’s not to say that exceptional pace is a prerequisite for getting noticed. However, if you have other impressive attributes in your locker, your pace will certainly give you an edge. Speed not only gets you past opposition players with relative ease, it can get you and your teammates out of tight spots.

Scouts are looking for potential. So work hard, listen to your coaches and do your best for the team. If you’re good enough, and you have the right attitude, it shouldn’t be too long before a scout comes calling.