What is the FA's National Game Strategy? 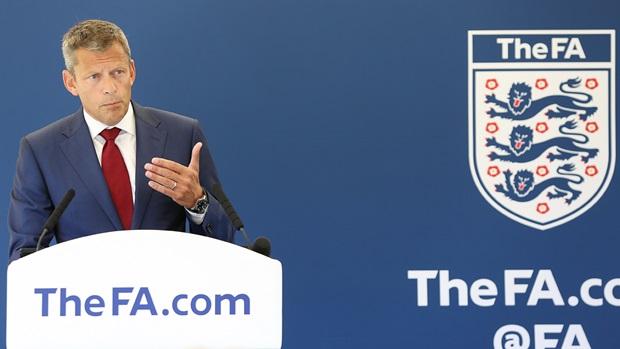 The FA’s National Game Strategy is an initiative designed to increase participation in grassroots football throughout England. The recent relaunch of one of the FA’s flagship schemes might have made the headlines, but does it really cut the mustard?

Football at the local level in England has been starved of cash for decades. Pitches have been either sold off or allowed to deteriorate into quagmires, and club facilities have been allowed to rot. As a result, the number of young people playing England’s national game has fallen dramatically in recent years.

In order to reverse the trend of declining participation and falling standards, the FA announced a new £260 million fund to improve things at the grassroots level in England. On the face of it, this seems like a lot of money, but it amounts to just £65 million per year, which has to stretch across 30 football hubs, hundreds of local leagues and several thousand grassroots clubs.

Can the FA do more? And what is the increasingly affluent Premier League going to do to arrest the alarming decline in grassroots participation?

What Are the Strategy’s Main Objectives?

The FA’s National Game Strategy has four main objectives. As well as improving the standard of local facilities and coaching, the FA wants to use this cash injection to boost participation and develop the football ‘workforce’. The FA admits that their goals are ambitious, but are they achievable?

Facilities in many areas of England are already in a woeful state, and some are simply not fit for purpose. Unfortunately, pitches and club houses in the community will be lucky to get £20 million per year as part of the FA’s strategy - and that is simply not enough.

The four key objectives of the FA’s National Game Strategy Are:

The details on this particular initiative are a little vague. The FA wants football to be more representative of local communities. And there will be a drive to increase the use of technology to create ‘direct lines of communication’. Unfortunately, details of how these objectives will be achieved are sketchy at best.

The FA wants to pump £48 million into the building of 100 new grass pitches, and a further 2,000 pitches will be improved as part of the Pitch Improvement Plan. A number of football ‘hubs’ will be opened in cities up and down the country, and the government will be chipping in to the tune of £8 million per year to ensure these hubs open within the next four years.

£4 million per year will be pumped into various coaching programmes. It is worth noting that half of this will come from central government, which perhaps is an indication of just how low the issue of grassroots coaching is on the FA’s list of priorities. The FA wants to develop a network of highly trained county coaches, but given just how many coaches are needed, it is difficult to see how such a modest amount will help the FA to realise its own challenging ambitions.

What is the Premier League’s role in the strategy

The Premier League hasn’t had an awful lot to say about grassroots football recently, and this doesn’t look like changing anytime soon. After agreeing a £5.1billion deal for the domestic TV rights for the the world’s most popular league, the Premier League committed just £56 million a year to grassroots football - but where that money will end up is something of a mystery.

As professional football in England goes from strength to strength, the amateur game continues to decline - both in terms of local coaches and facilities.

After decades of neglect, it is plainly obvious that - despite the best of intentions - the FA’s strategy is under-funded. Germany, Holland and Spain are already light years ahead of England when it comes to local coaching and footballing facilities, and a lot more than £65 million a year is needed to catch up.

Unless the Premier League and the UK government take a far more decisive role in these grassroots initiatives, pitches and club houses across the country will continue to deteriorate - and young people will continue to turn their backs on the national game.