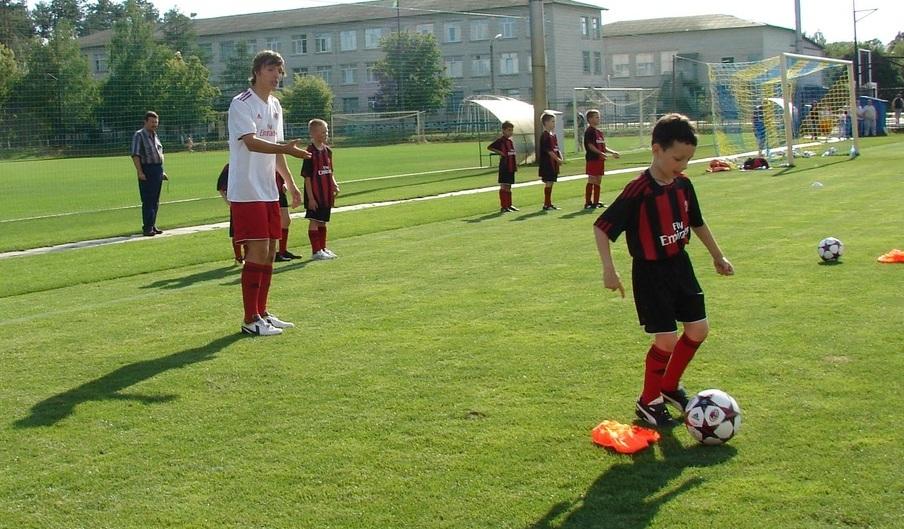 One of the main criticisms aimed at young British players involves their relative lack of ball control and technique. For years, the emphasis in youth football in Britain has been concentrated on winning at all costs, lots of competitive action and physical fitness. However, in order to compete on the world stage, kids need to start perfecting their skills at an early age, and they also need lots of repetition. If you’re responsible for the coaching of youth football, or you simply want to ensure that your child is developing the technical skills necessary to succeed in the modern game, there are several training drills that are tried and tested. Here are just five of them.

If you can make use of an indoor pitch from time to time, organising friendly games of futsal can help kids to develop areas of their game that might otherwise be neglected. Futsal requires close control, quick-thinking and the discipline needed to defend a particular zone. Passing needs to be completed on the proverbial sixpence, and first touches and ball control are absolutely pivotal to the game. Kids who become accustomed to a lack of space and time on the ball will naturally improve their passing accuracy and touch – skills which can then be transferred to the outdoor game.

Pass and Move the Barcelona Way

If you’ve ever seen Messi, Iniesta and Xavi terrorise defences, you will know that the premise of their game is a simple one. They pass and move into space constantly, and they construct moves using intricate triangles. Using football marker cones, set up a 15-by-15 metre training square, and choose one player to act as a ‘wall passer’. Give one player a red training vest, one should have a green training vest and another should wear blue. The red and blue players start with the ball, and the player wearing green should start the drill without a ball. The blue player should start by passing to the ‘wall passer’ in the middle of the training square, and at the same time, the red player should pass to the green player – all within the training square. The ‘wall passer’ will return the ball to the player he received it from, and immediately receive the pass from the next player moving in an anti-clockwise direction. This process continues, as every player with a colour moves around in a circle. For the best results, try swapping the ‘wall passer’ every 60 seconds.

The best players utilise every area of their body (other than the arm and hands, of course) to bring the ball under control or manipulate it in a way that advances the play. In order to build a player’s repertoire of manipulation skills, place your entire team (a maximum of 11 players) inside a 20-by-20 metre training square. Then instruct every player to start moving the ball around the square without coming into contact with another player, and without allowing the ball to stray more than a foot away from the player’s control. Instruct the players to move in all directions, and if you want to make things a little more interesting, make a competition out of it. Develop the idea throughout the course of the training session by giving the players different commands, such as ‘left foot only’ and ‘don’t let the ball touch the ground’. This drill is great fun, and it develops the ability to use all areas of the foot, leg, chest and head to keep the ball under control.

Bringing the ball under control immediately and one-touch passing are integral parts of the modern game. In order to develop these skills amongst your team of youngsters, set up a series of small training squares with cones or markers, and divide the players into groups of three. Two players in each group must start the drill at one side of the square, and the other player must begin on the opposite side. The player with the ball (player one) should pass to the player on the opposite side of the square (to player 2), and immediately run in behind him. The receiving player (player two) then taps the ball to the side, and the player who is sprinting to get around the back (player one) must then pass the ball to the waiting player three – taking no more than two touches – who then repeats the initial pass to player 2. The process is then repeated.

Controlling the Ball in Tight Spots

Place 11 players inside a 12-by-12 metre square, and give each one a ball. Every player must start dribbling their own ball, whilst trying to kick the ball of another player outside the playing square. When a player loses their own ball, that player is eliminated. The winner is the last player left in the square, ie the only one with a ball. This simple and fun drill not only develops control and touch, it teaches players to stay in control whilst watching for the presence of the opposition.