Everything You Need to Know About Beach Football 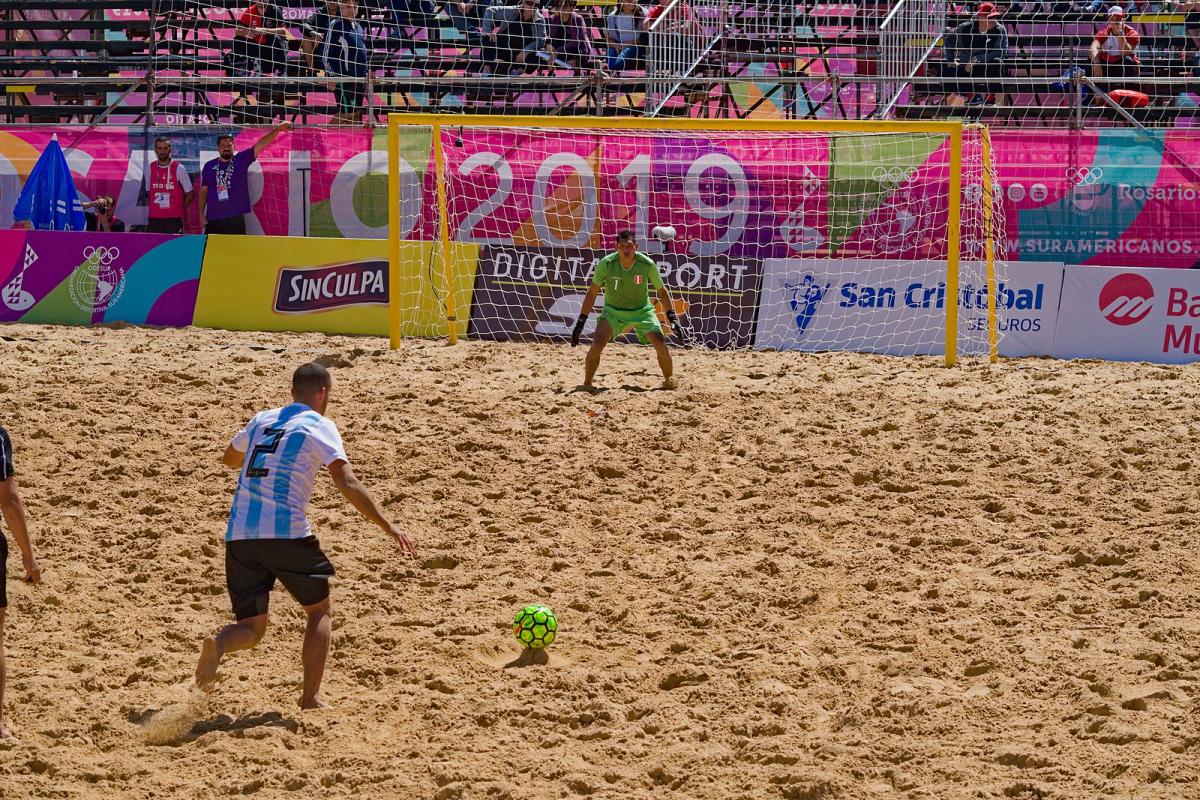 We’re now approaching the final days of summer, but there are still a few days of sunshine left before the autumn winds begin to bite. If you’re looking for an exciting way to stay fit on the beach, we’ve got just the thing for you — beach football.

Also referred to as beach soccer, sand football and beasal, beach football follows the principles of the professional game. The main difference is the playing surface. Playing on sand poses a few challenges, but it also adds to the fun.

This short-form of the game takes its toll on energy levels, as running across sand bare-footed isn’t easy. But if you’re looking to improve your skills, agility, shooting accuracy and fitness levels, it’s the perfect summer pursuit.

We’ve put together a brief guide to beach football to get you started.

A Brief History of Beach Football

The origins of beach football (futebol de areia) can be traced back to Rio de Janeiro, Brazil. The game was originally played by children and young adults with ragged balls and makeshift goals. Many of the first players took to the sand in order to protect their bare feet from the painful playing surfaces located around the city.

The first official beach soccer tournament was held in 1950. Since then, the game has grown in both popularity and stature. This short-form version of the sport is now televised, and more than 170 countries take part in an official capacity.

The Growing Popularity of Beach Soccer

Various initiatives and programmes around the world have attracted bigger audiences in recent years. A prestigious event on Copacabana Beach was held in 1994, and it became the first event to attract a global television audience. Such was the popularity of the event, the Pro Beach Soccer Tour was created just two years later.

After several years of growth and the creation of bodies such as Beach Soccer Worldwide and the Euro Beach Soccer League, FIFA took control as the global governing body of the game in 2005. Today, the game is more popular than ever — both in terms of a televisual spectacle and as a grassroots participation sport.

The Rules of Beach Soccer

The Pitch — Any typical, fine-sand beach should be suitable for beach football. But before play can commence, the area must be marked out with training cones or markers. It’s also important to clear the playing area of pebbles, seaweed, shells and anything that might cause cuts and trips. Remember: beach football is played in bare feet!

The standard field dimensions for beach soccer, as defined by FIFA, are 35 to 37 metres in length and 26 to 28 metres in width. The penalty box is anything within 9 metres of the goal, and it’s usually marked with a yellow flag. The halfway line is marked by two red flags on either side of the pitch.

The standard beach soccer goal is 2.2 metres from the sand to the underside of the crossbar and 5.5 metres wide.

The playing area is much smaller than that used in association football, so teams usually consist of just give players — including the keeper. Depending on the competition, each team is allowed three to five substitutes, but unlimited substitutions are permitted. Kick-ins are allowed as an alternative to throw-ins. There are no goal kicks in beach soccer. Instead, the keeper must throw the ball to a teammate. Goals can’t be scored this way, however.

Matches consist of three 12-minute periods, and the clock stops when the ball isn’t in play. If the teams are tied at the end of 36 minutes, there are three minutes of extra time, followed by a penalty shoot-out.

No game of beach soccer can reach its potential without football goals. If you’re planning a game on your local beach, buy a portable goal that can be erected and dismantled easily.

While the professional game requires the use of flags, you can identify your halfway line and penalty box with colour-coded training markers.

Professional beach soccer is played with a full-size (size 5) football. However, the ball is slightly underinflated to make control a little easier. The regulation inflation standard is 0.4atm to 0.6atm instead of 0.6atm to 1.1atm in the standard forms of football.

But if you’re playing for fun, or to develop your skills, you can choose the ball, goal and pitch dimensions you and your friends prefer. A lot of people play with a size 3 football, as playing with a smaller ball is a good way of developing touch and control.

There are still a few days of summer left. And with any luck, we’ll have an Indian summer. Stock up on beach football equipment and hit the sand!