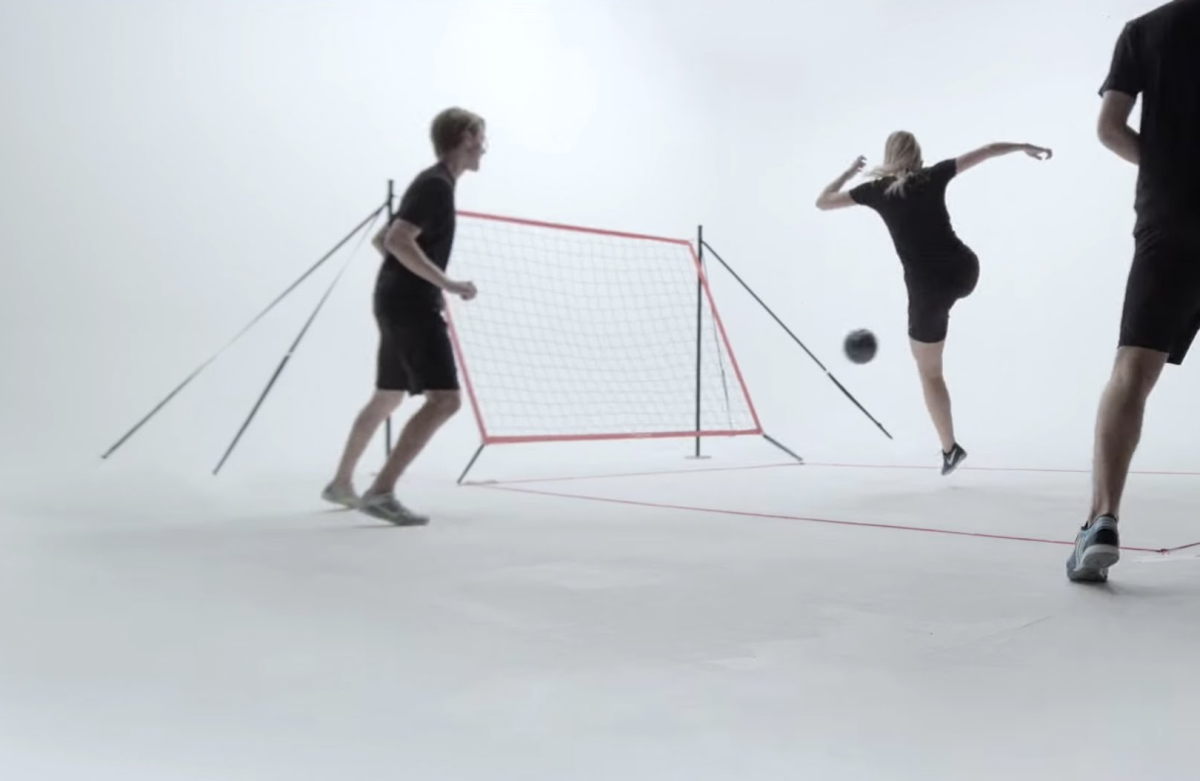 Football coaches are constantly on the lookout for new and exciting ways to improve the technique of their players.

Games such as head tennis and foot volleyball have been used for many years by professional clubs, as they give players a great opportunity to have fun and develop their set of skills. One new game currently enjoying a surge in popularity is Futchi, which is a a combination of football and squash.

The game of Futchi is the brainchild of three football mad engineers from Chalmers University of Technology in Sweden. The ethos behind this relatively simple game is to make football accessible to people of all abilities, ages and ambitions. Although fun is at the heart of Futchi, the game is great for getting you fit and honing your ball control.

There are two main forms of Futchi: duel games and round games. Duel matches pit one player against another, while the round version of the game is designed for three or more players.

While it’s possible to play against a wall, the best way to experience Futchi is with a rebounder. This sturdy net can be assembled almost anywhere in just a few minutes, and comes complete with a marked out court.

The game begins with both players standing behind the rear line of the court. The serving player must kick the ball against the rebounder, and the ball must bounce back inside the court area.

The opposition player must kick the ball back onto the rebounder before it bounces a second time.

Again, the ball must bounce into the court area before the server can take their shot. Missing the rebounder or having the ball bounce outside the court area results in a point to the other player.

As with football, the ball must be completely over the line to be considered out, and players may only use their feet, legs and head.

The first player to reach 11 points wins the game.

This game requires at least three participants, but there is no upper limit to how many people can take part.

Players line up behind the rear line of the court from youngest to oldest. This order must remain for the duration of the game.

After the initial serve, the ball must bounce back into the court area before the next player can kick it.

The next player in line must hit the ball onto the rebounder, and subsequent players are able to volley the ball without having to wait for it to bounce (although allowing one bounce is permissible). Missing the rebounder results in a lost life - every player starts the game with three lives.

Play continues in the same order, with each player only allowed one kick. Players who lose all three of their lives are eliminated from the game.

When only two players remain, a best of three final takes place, with serve switching between both players after each point.

The game’s inventors have also developed a great app to accompany the game. Players can create their own profiles and share their stats with other players around the world. There are both local and global rankings - giving everyone the chance to see how their game stacks up against the competition.

Street Futchi is a version of the game that utilises a wall instead of a rebounder - which could be the side of your house, a wall in a park or even a fence. All you need to do is draw a 3x3 metre Futchi court on the ground with chalk. All the same rules apply.

This relatively straightforward game is lots of fun, and it’s great for getting the competitive juices flowing. But crucially, Futchi is a great way to develop touch, control and freestyle skills. All you need to get started is the Futchi rebounder kit and a football.