The History of the Association Football Ball 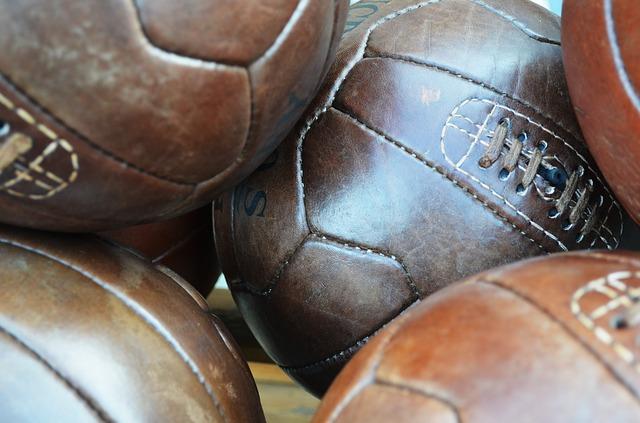 The creation of the modern game of football is universally credited to Sheffield F.C. in England. However, the act of kicking a spherical object around for fun is an ancient endeavour that stretches back to around 300 BC. Footballs have a long and illustrious history that is as much about passion for the game as it is about scientific innovation.

During the Han and Ts’in dynasties, the Chinese played a game known as “tsu chu.” This involved balls made with animal skins being kicked between two poles. There is also evidence that a similar pursuit being was enjoyed in the ancient Egyptian, Roman and Greek empires. In Medieval Europe, pig bladders were inflated with air and used as primitive footballs in a game that required this macabre balloon to be kept in the air with a series of kicks and punches. This pursuit rose in popularity over the years, and leather was eventually used to cover the bladder in order to keep the ball round for longer.

Until Charles Goodyear patented vulcanised rubber in 1836, footballs took their exact size and shape from the pig’s bladder used. The first rubber football was made in 1855, and this was followed up with the first inflatable rubber bladder in 1862. Tragically, H.J. Lindon – the man credited with the invention — lost his wife to lung disease at a relatively young age. At the time, the inventor believed that blowing up thousands of pig bladders over the years had been the cause of his wife’s early death. Fuelled by grief and guilt, Lindon developed a man-made bladder that would finally allow manufacturers to control the exact shape and size of footballs.

The Football Association in England was the first governing body to apply rules relating to the shape and dimensions of footballs — and these regulations remain in place at FIFA today. In 1863, the FA convened to thrash out the official laws of the game. They decided that a ball should be perfectly spherical, and it should have a circumference of between 27 and 28 inches. In 1872 the weight of a regulation football was set at 14 to 16 ounces. Incredibly, these regulations are still in place — it is only the materials and construction methods that have changed over the years.

Following the creation of the English Football League in 1888, Mitre and Thomlinson’s of Glasgow started the mass production of footballs. Strengthened leather and the quality of stitching used ensured that the balls retained their shape like never before. The finest balls of the time were made with leather from the rump of a cow, while cheaper versions were made with leather from the shoulder. The use of balls with different segments of leather enabled manufacturers to make footballs more spherical – improving the game for players and fans alike.

At the beginning of the 20th century, the vast majority of footballs in circulation featured rubber bladders. An inner tube covered in leather was used, which improved bounce and ball physics. The balls at this time were usually made with brown leather, and were comprised of eighteen different sections arranged in six panels.

Despite the huge leaps and bounds made by ball manufacturers during the early part of the 20th century, there was still a major problem. The stitching used, along with the water-retention properties of leather, made heading balls very painful… and occasionally dangerous. During rain-affected matches, the ball would get heavier and heavier, which would severely curtail the quality of play for spectators.

During the 1940s, a carcass made of cloths was added between the bladder and the outer leather casing. This made the ball stronger, and added a layer of damp proofing. Paints and other non-porous materials were added to footballs during the 1950s and early 1960s in order to reduce water absorption. It was during this time that white and orange balls were introduced, making them more visible to spectators during night matches and on snow-covered pitches.

Incredibly, the first synthetic footballs that offered complete waterproofing were not used until the 1960s. And it wasn’t until the 1980s that these balls were used universally around the World. It was during this time that the first “Buckminster” balls came into circulation. Made with several hexagonal panels, these balls offered the most accurate spherical shape to date, and delivered a true and accurate response in the air.
The development of footballs is an ongoing process — and the next new innovation is always just around the corner. Modern balls bend and swerve like never before, which makes for spectacular goals and amazing displays of skill.